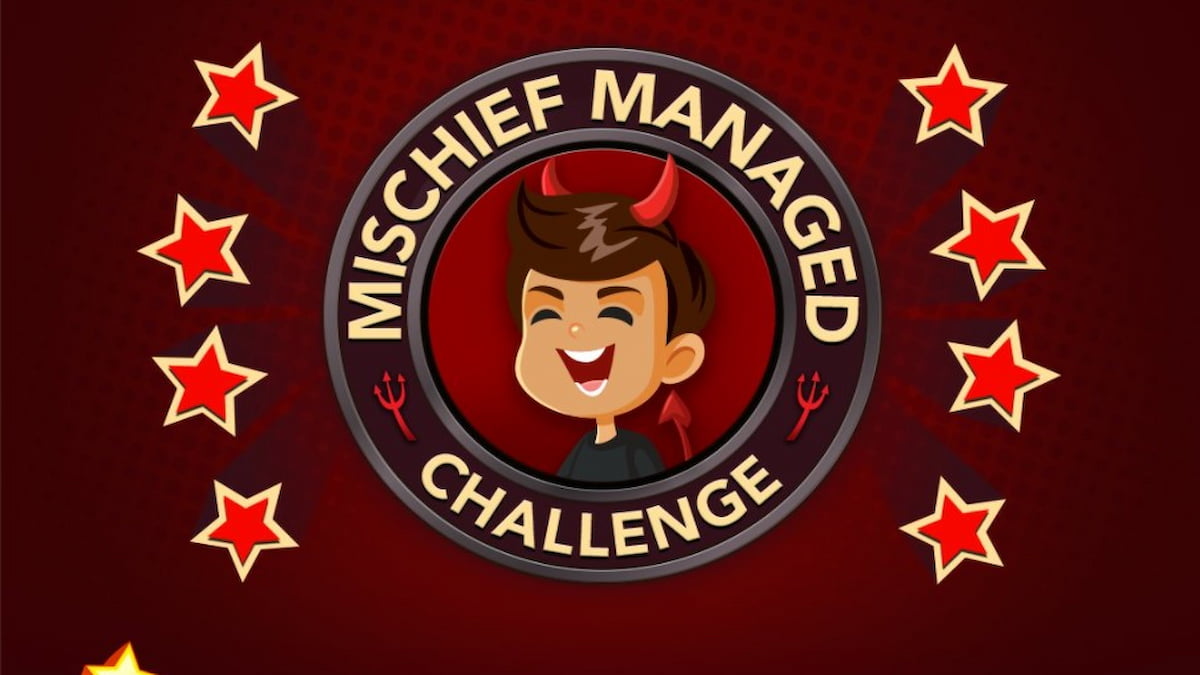 You can get into a lot of trouble in BitLife, but you’ll need to go out of your way to cause it. If you’re willing to put up with the consequences, you can successfully get away with a lot of trouble. In the Mischief Managed Challenge, you’ll have to put your trouble-making skills to the test. This guide covers how to complete the Mischief Managed Challenge in BitLife.

These are all of the tasks you need to do to complete the Mischief Managed Challenge.

The first task has you insulting your school principal or the headmaster. You can do this when you initially start school. When you go to the School tab under occupation, you can find which character is your principal and choose to insult them. You won’t win any points with them, but you only have to do it once.

Next, you’ll need to pirate 10+ porches. You can find this in the Crime tab, in activities. From there, you’ll have the chance to steal items off of the front of people’s porches before the thing is delivered to them. You will have to select from one of six options.

The third task is to mess with five classmates. Like insulting your principal, you’ll need to select the schoolmate you want to mess with from the School tab and then interact with that character. Again, you won’t win any points with them, and it’s possible to get into a fight.

The fourth task is to engage in mischief five times. You can find this option under the Crimes tab, similar to a porch pirate. You’ll need to do this five times, selecting one of the available options to mess with random people.

The last task is to break out of Juvie. You need to get into Juvie first. You can continue being a porch pirate to do this, or do something worse under the Crimes tab. Eventually, the cops will get involved, and they’ll arrest you. If you’ve broken out of prison, it’s to that activity where you’ll need to outpace the guard to escape.

After completing each of these tasks, you’ll have completed the Mischief Managed Challenge. Next, you can pick from four random appearance items to add to your BitLife account.