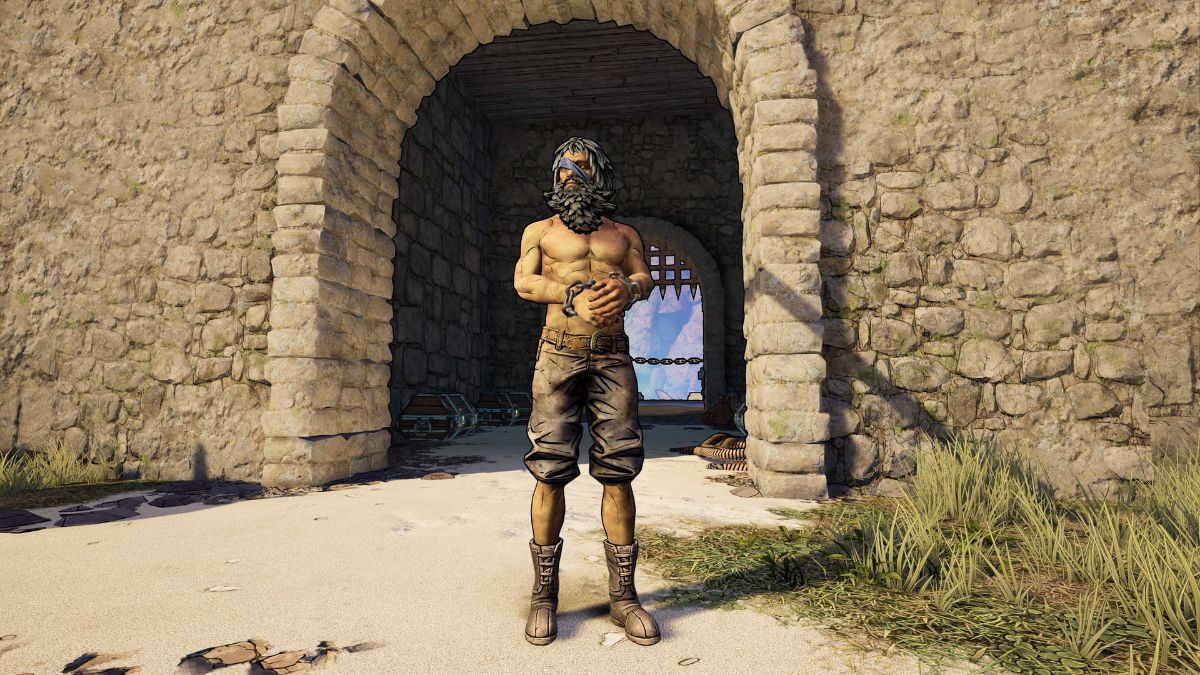 Phil, unfortunately, sounds very evil. Because of this, some pirates want to lock him up and throw away the key. He has been put on trial, and he needs a great lawyer. It looks like you will have to do it. Here is how you complete the Trial of Crooked-Eye Phil side quest in Tiny Tina’s Wonderlands.

To obtain this quest, you will first need to complete the Ballad of Bones quest. This will allow you to enter the area of the Overworld past Wargtooth Shallows. Once in the Overworld, go down the hill to the NPC that gives you the Eye of the Deceiver quest. Make a left and go between the rocks where you see the Lucky Dice. You can pick up the quest from behind the rock with the Lucky Dice on it.

Your first objective is to find Phil. To do this, go up the hill to Crackmast Cove. Once you load in, follow the path to where it opens up. Continue forward to where you see the large anchor in the distance. Deal with the pirates in the area next to the anchor and then knock on the box sitting on the wooden platform. Phil will answer you.

After a brief conversation, you will be tasked with pulling the lever behind Phil’s cage. Pull the lever and then defend yourself from an onslaught of pirates. When the fight is over, go to the nearby cover that is to the right of the cage to find the directions to Phil’s cove. Once you have the directions, continue in the same direction to find a local to talk to. You will find a group of pirates to speak to.

Talk to Surle Finbreaker. You will need to prove yourself as a pirate. Go deep into the nearby cave and defeat the pirates within. After the fight, go up to the wooden platform. There will be three levers. Above the door are three symbols. Pull the levers until the green symbols match up with the white symbols underneath to open the door.

Follow the tunnel to Phil’s lair. Look through his lair until you find the certificate of non-evilness. It is located in the chest in the back left corner of the room. Pull the chain next to the fireplace to open the secret passageway and follow the tunnel. Take a right after the drop and follow the pathway to meet up with Churl.

After Surle opens the gate for you, follow the pathway up the hill. You will need to destroy three totems like the one in the image above. They can be found in the following places:

After you destroy the three totems. Meet back up with Churl at the end of town. Churl will open the gate for you. Continue along the path. You can destroy two more totems that are on the way to jail. Go through town to where the box from earlier is hanging. With the box empty, make your way back into the town and to the jail. Melee the cannon to destroy the weak wall to the left of the jail.

During this time, you will get two bonus objectives. You can either choose to do nothing or melee the nearby totem and shoot Judge Boil. Finish the court proceedings, violently or nonviolently, and talk to Phil afterward. The quest will now be complete.