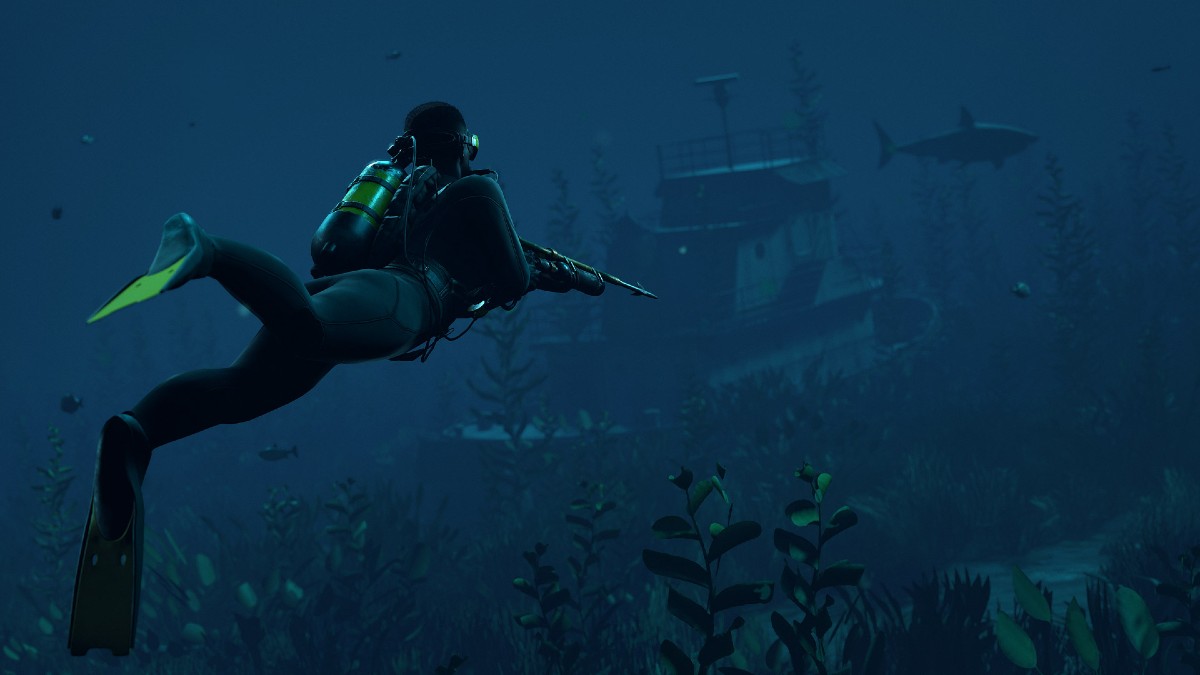 When the Going Deep update released for Rust this past summer, the waters were populated with all sorts of explorable features, such as laboratories and submarines, containing loot for you to find. The developers wouldn’t make it so easy, though. These treasures are guarded by sharks that inhabit the waters and your standard firearms won’t do you any good in the deep. To defend yourself, you’re going to need a speargun.

The speargun is the only ranged weapon that functions underwater and it operates very similarly to a crossbow, firing spears instead of bolts. In order to craft one, you’ll first need to get the speargun blueprint, which requires you to study one. As such, the first step in crafting a speargun is finding a speargun. Here’s where to look:

The speargun is rather rare as you can see, with a 1/100 chance of finding it as loot in any of those containers, or a 1/500 chance of dropping when you kill any of those NPCs. Sunken chests and underwater lab blue crates require underwater exploration, which will be rather unsafe without your speargun, so your best bet is looking for crates on land.

Once you have a speargun, you can research it at a research table for 20 pieces of scrap, and will be given the blueprint as a result. With this, you can now craft your own spearguns at a level one workbench for the price of 75 metal fragments and an empty propane tank. The propane tank can be crafted for 100 metal fragments and 10 pieces of scrap at a level two workbench, and requires its blueprint.

The speargun is used exactly as a crossbow is used, just underwater. You must be fully submerged in order to use it, so walking ankle deep in water will not suffice if you plan to use it. As such, it’s recommended that you sport a full scuba suit and snorkel if you plan to go out shooting with your new toy. The speargun takes spears as ammunition, which can be crafted with 50 metal fragments in a level one workbrench, yielding three spears each time. This too requires a blueprint, so be sure to study the first spear you come across.