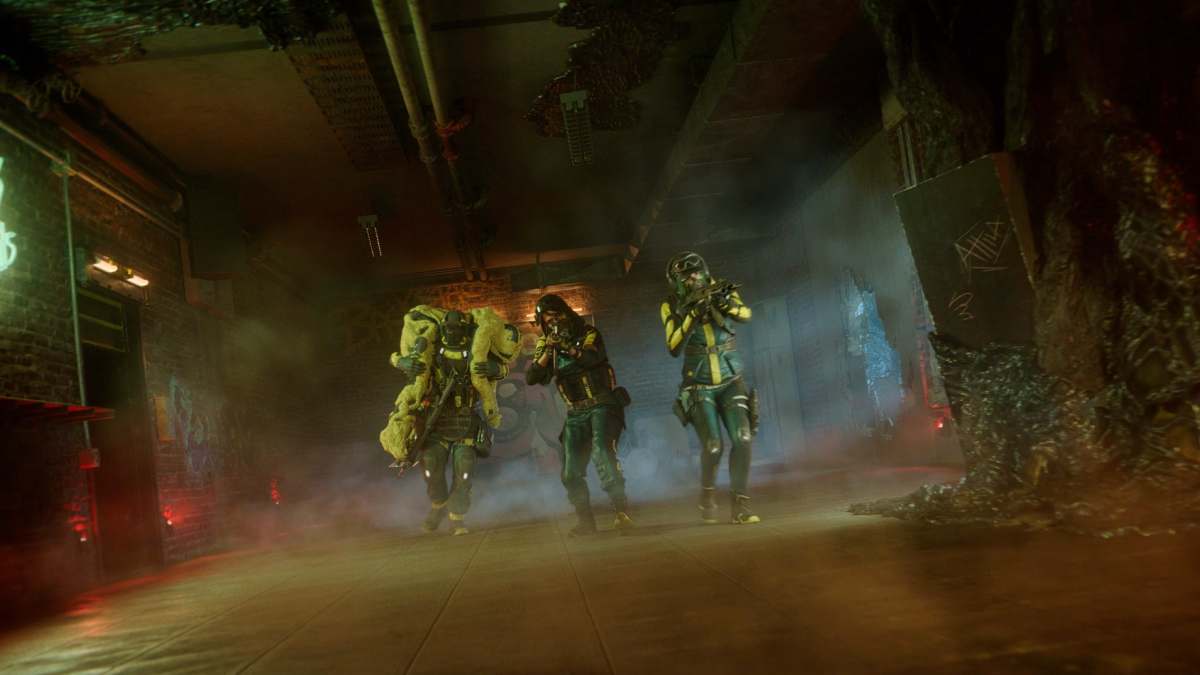 The environments of Rainbow Six Extraction are covered in patches of Sprawl: a black substance that can repair itself and extend further when the Archaeans detect an enemy incursion into their territory. The Sprawl is there to make the maps more dangerous to traverse: players are slowed while moving on Sprawl, and enemies move faster on it, with some able to teleport through it. To make things worse, some Incursions spawn with Caustic Sprawl, a more dangerous variant of this environmental hazard. This quick guide will explain how you can deal with Caustic Sprawl in Rainbow Six Extraction.

What is Caustic Sprawl

Caustic Sprawl is a Chimera Mutation — one of many modifiers that may be applied randomly at the start of an Incursion. You will immediately know that you are dealing with Caustic Sprawl because its usual greyish black color will be replaced with dark green. Like all Chimera Mutations, Caustic Sprawl will be there for the duration of the Incursion. This version of the Sprawl not only slows you down and speeds Archaeans up, but it also deals damage to you as long as you are in contact with it. At 1hp per second, the damage is low, but health is a precious resource that doesn’t regenerate on its own in Rainbow Six Extraction, not even after you successfully survive an Incursion. For that reason, minimizing the damage you take from Caustic Sprawl is important.

How to deal with Caustic Sprawl

Most Sprawl comes from Archaean Nests scattered around the map, and the fastest and most economical way of clearing it is by executing said Nests with a melee attack. The damaging effect of Caustic Sprawl makes approaching Nests difficult, but luckily there are plenty of other tactical options available in Rainbow Six Extraction. Shooting the Sprawl will clear it as usual, but when dealing with Caustic Sprawl, you shouldn’t go around pre-emptively weeding the map as you would normally because you can’t afford to find yourself out of ammo later on when you really need to clear a path.

There are dedicated REACT tech devices that help cleanse the map of Sprawl, including an underslung laser Sprawl-Remover. Like Nomad’s proximity mines, some explosives clear Sprawl on detonation, and others can destroy Archaean Nests from range. As a last resort, you can use the temporary health provided by Operators like Finka and Doc to run across the Caustic Sprawl without taking lasting damage.