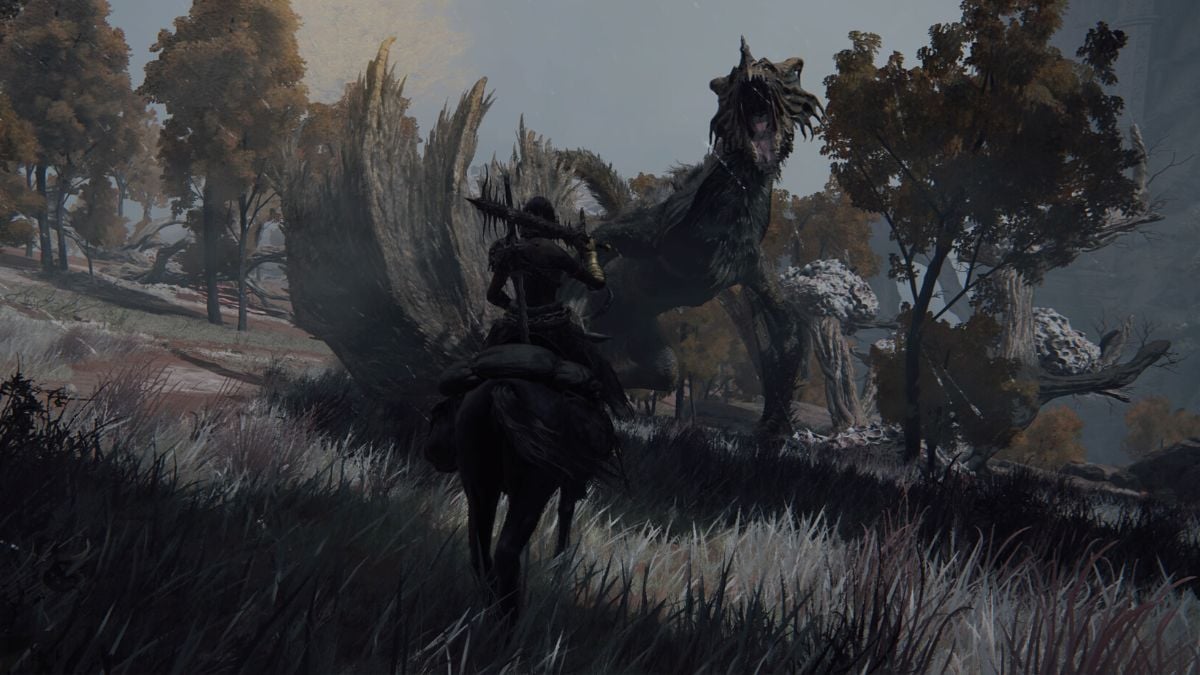 You may have seen Elder Dragon Greyoll as you’ve made your way across Caelid. He resides in the northern section of Caelid known as Greyoll’s Dragonbarrow. This gigantic dragon spends his days basking in his environment, not moving, and surrounded by his peers. If you dare attack him, he will let out a mighty roar and many smaller dragons will come to his aid. After you’ve leveled up a bit, you can easily defeat this behemoth. You can also beat him right away as long as you know what you’re doing. This is a great way to get a lot of Dragon Hearts early. Here is how you can defeat Elder Dragon Greyoll early in Elden Ring.

Before you can go after Greyoll, you will want to gather some supplies. The best weapon to use against him is one that inflicts bleed damage like the Uchigatana, Flail, or Morning Star. The Uchigatana is the starting weapon of the Samurai class. If you start your game off with that class, you are good to go and don’t need to worry about gathering anything else. If you chose any of the other classes, you will most likely want to gather the Morning Star since it deals more damage than the Flail.

You can get the Flail from the first encampment of soldiers called the Gatefront Ruins. The Flail is in the carriage that is farther from the gate. If you want to get the Morning Star, you can do so by riding your horse down to the Weeping Peninsula. The Morning Star is in a broken-down carriage along the main road south of the Bridge of Sacrifice.

To reach Greyoll, you can ride to the east of Limgrave, but that will take a while. Instead, you will want to go to the Dragon-Burnt Ruins in Limgrave. These are the ruins next to Lake Agheel. In these ruins, you can open the chest in the underground portion to get teleported to the Sellia Crystal Tunnel. From there, run out of the tunnel and follow the path on the map above. This will take you up through Caelid to Fort Faroth with ease. Once you reach Fort Faroth, activate the Site of Grace and start attacking Greyoll’s tail. As long as you attack his tail, he will not move and the smaller dragons will not attack you. It will take about 10 minutes to finish this massive creature off, but you will be rewarded with around 70,000 Runes. If you grab a Gold-Pickled Fowl Foot and consume it before defeating Greyoll, you will get nearly 100,000 Runes instead.