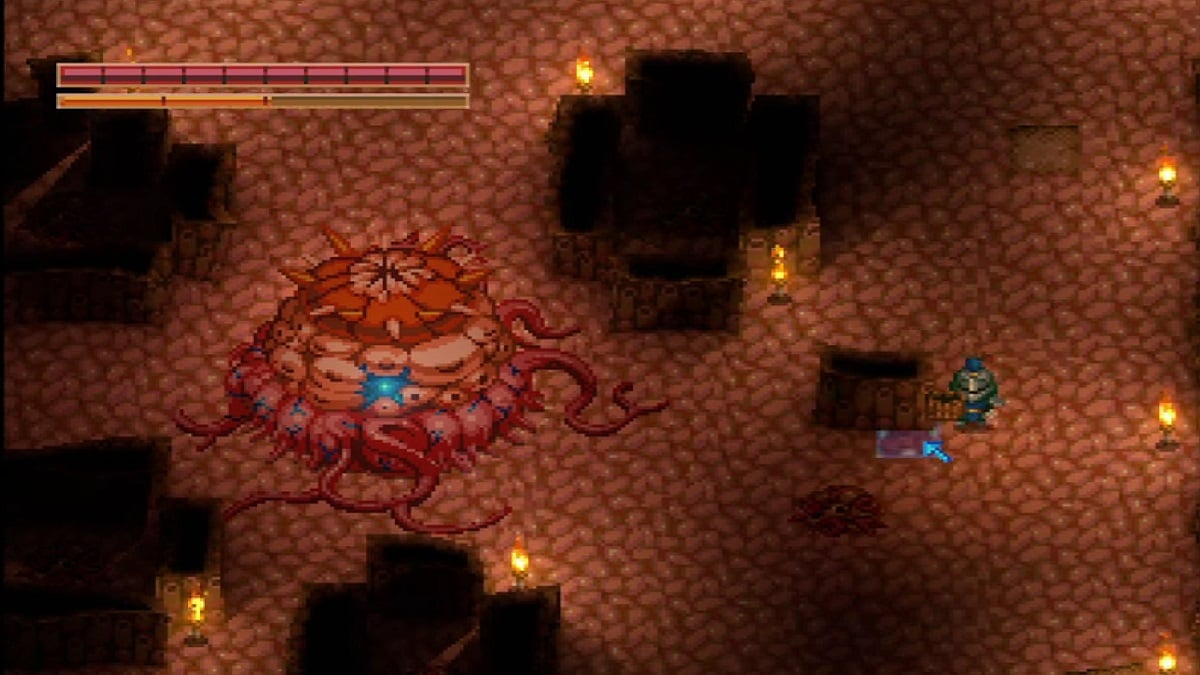 Hive Mother is likely the third boss you’ll encounter in Core Keeper. Out of the first three bosses, she’s arguably the toughest to face, simply due to her pesky attack style and the hazardous conditions surrounding her. That said, there are certain strategies that players can utilize to ensure a safe clearing of the boss.

How to defeat The Hive Mother

Once you reach the Hive Mother’s chamber, avoid hitting her first. The boss won’t attack your character unless you initiate the attack, so use this window to clean all the larvas on the floor. If you step on the larvas, they damage your character, so it’s better to clean them up beforehand. Furthermore, increase the size of the chamber by digging it up as that will give you more space to play with.

There are multiple ways of dealing with the Hive Mother. Once you clear the floor entirely, only small structures remain. These are essentially where the mobs for Hive Mother spawn, and the structures cannot be removed. Before you initiate the fight, make a wooden box around every structure so mobs won’t be able to leave the enclosure once they spawn.

After this, the fight should be pretty straightforward. You can initiate the fight by attacking the Hive Mother. Apart from the mobs spawning, she spits acid that drops from above. Pay attention to the marker that appears whenever the acid is about to drop. You can outrange the Hive Mother by using Flintlock Musket, and since the mobs won’t be able to leave the enclosure, the battle should be pretty easy.