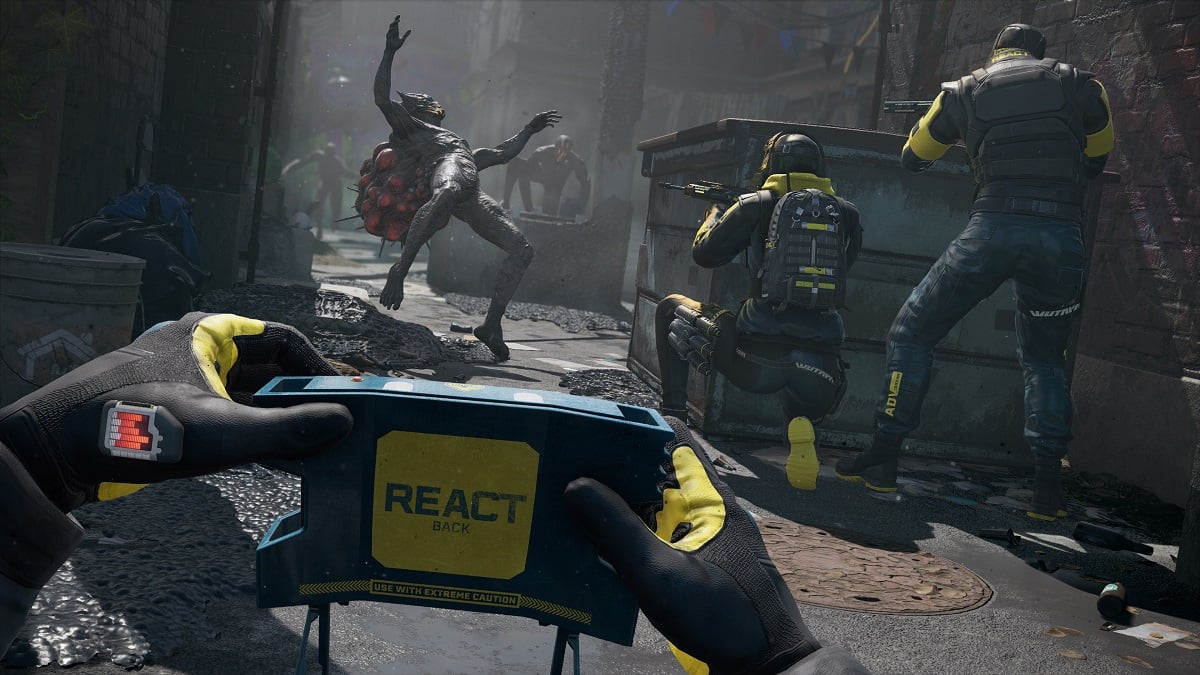 Rainbow Six Extraction’s Sledge Protean is ready and willing to smash you with its electrical powers, but it can be dominated if you play the right way. From clearing the mucky path below to shooting at the most opportune times, here are our tips for defeating this boss.

As a quick explanation, the Protean is a particular type of boss featured as a mission in Rainbow Six Extraction. There are three different types you can now face at the time of writing: Sledge, Smoke, and Alibi, and more will be added post-launch. With this article, we’re facing Sledge’s alien copy.

This Sledge edition of the Protean carries a hammer and wields electrical energy. One of its attacks has him charge his hammer and strike the ground to create a wave of electricity. Try to keep your distance throughout this bout and shoot at its head whenever possible. It also has a charge attack, so whenever you see this occur, try to move out of the way. If you have Finka in your party, try to use her Adrenal Surge so that each party member can gain 30HP.

While you’re avoiding the Protean’s attacks, have someone fire upon the monster while another clears the path of black ooze. You want to make sure you have a clear path towards any health or ammo that’s sparsed throughout the map. You also don’t want to be trapped while the Protean is charging towards you.

As you get further into the battle, the Protean will start charging a widespread electrical attack. As soon as you see a red emblem on your radar, run as fast as you can to avoid the move.

Ensure you keep an eye on your ammo as two swarms will be summoned to help the Protean. Always be on the move, take out the goons, and memorize where the medkits and ammo boxes are located.

As the battle comes to a close, the Protean would start leaping towards you with its hammer. Keep moving, shooting, and using your perks like Finka’s Adrenal Surge to stay alive or Alibi’s Prisma, which throws decoys to distract the Protean.