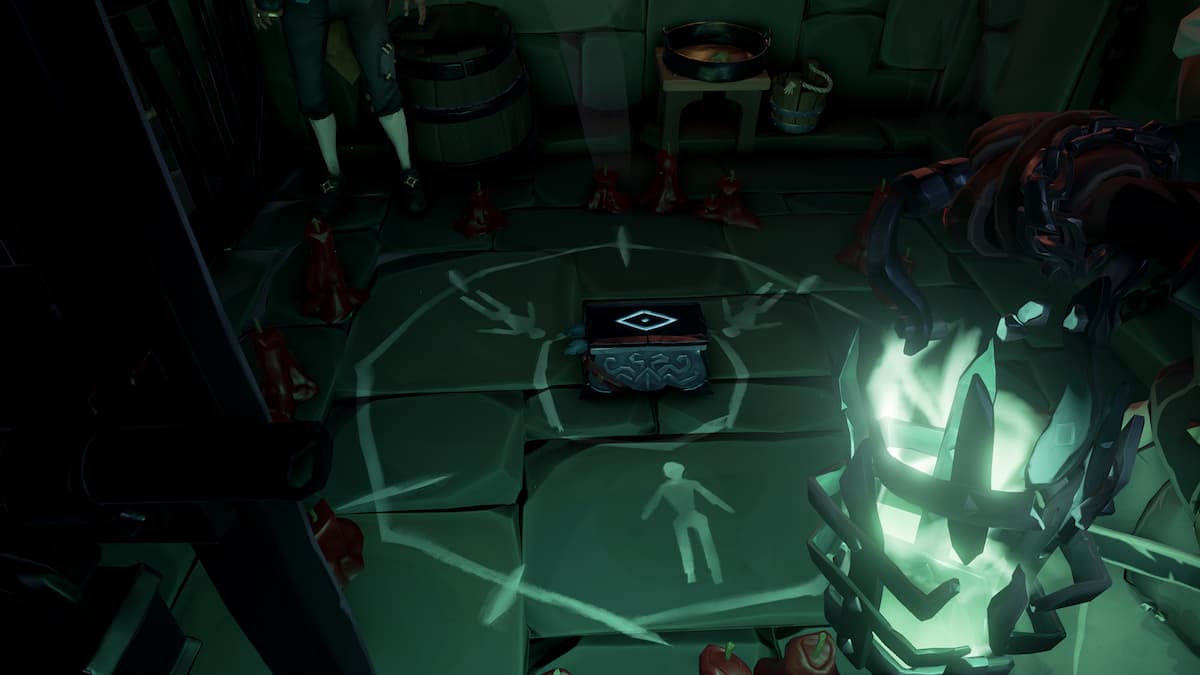 Attention all pirates: Belle needs your help in Sea of Thieves. For the Forts of the Forgotten Adventure, you’ll need to save prisoners — the occupants of the Golden Sands Outpost — from the clutches of Flameheart. But one of the many deeds for Forts of the Forgotten gives you another task from Belle. You’ll also have to deliver what is called an Enchantment Vessel to Belle, and it’s something that will be hard to miss.

The last step is to backtrack all the way to Golden Sands Outpost; hopefully, the Fort that you took isn’t too far away. Belle will be waiting in front of the tavern, and you can sell her the Enchantment Vessel there. This deed will likely only be accessible as long as Forts of the Forgotten is active.