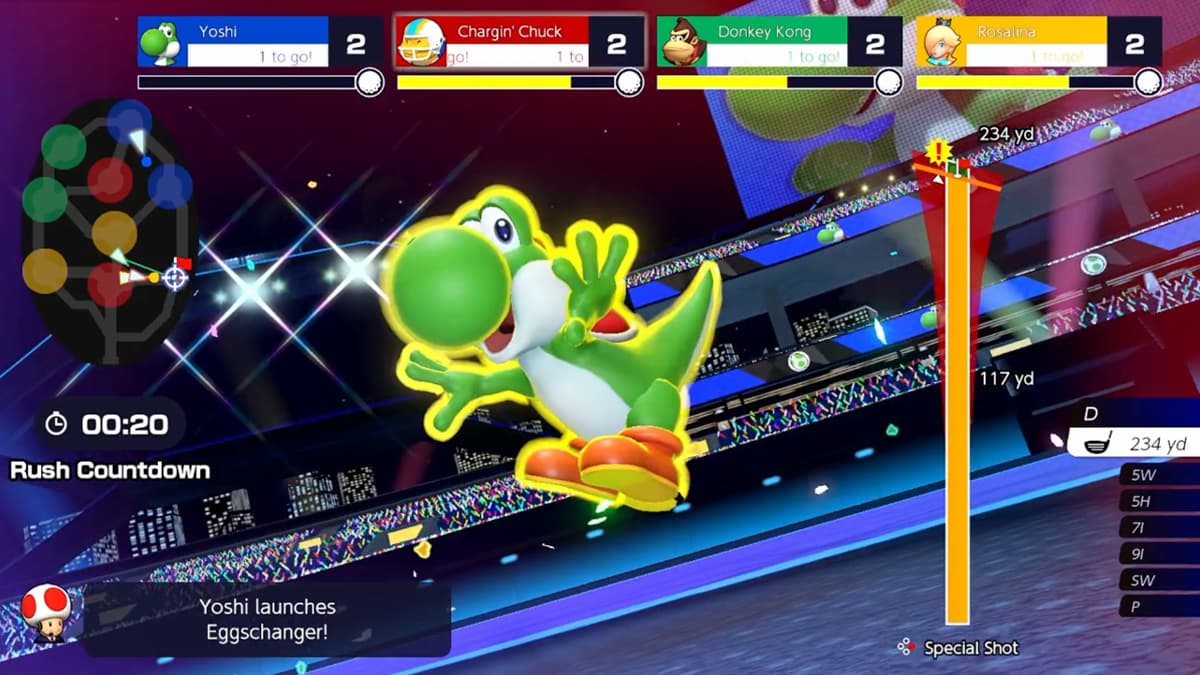 One of the things that help Mario sport games stand out from the traditional sport game is that it adds a little of that Mushroom Kingdom flair to everything. Not only in the environments and people but how they interact with the world around them. Usually, in most of these games, each playable character has a unique ability, helping them stand out from the rest of the crowd and have special effects on the game being played. In Mario Golf: Super Rush, this comes in the form of Special Shots. Here is how to use them and what they do.

How to perform special shots

In Mario Golf: Super Rush, special shots are performed by pressing L when you are set up to take a shot. To be able to do this, the meter underneath your character’s portrait must be full. When you press it, your character will go into a different stance, and you will perform your swing sequence like usual.

Special shots can be performed in all three main game modes, but in solo Standard Golf, only the ball’s trajectory and the bounciness of its landing are influenced by you taking a special shot. When playing with others, the character’s effect will take place.

Once you take your swing, your character will go into their unique animation that begins their special shot. This does not affect whether or not your ball will travel farther but will affect the way your ball interacts with other balls or the area that the ball lands in. Every character’s effect is different. For example, if anyone’s ball is sitting in the landing zone of Yoshi’s special shot, their ball will be transformed into an egg that makes it bounce weird compared to normal.

Once you have used up your special shot, your meter will deplete. To refill it, you can collect coins that are dropped by people hit by special shots in Speed and Battle Golf, or you can refill it in Standard Golf by completing holes.