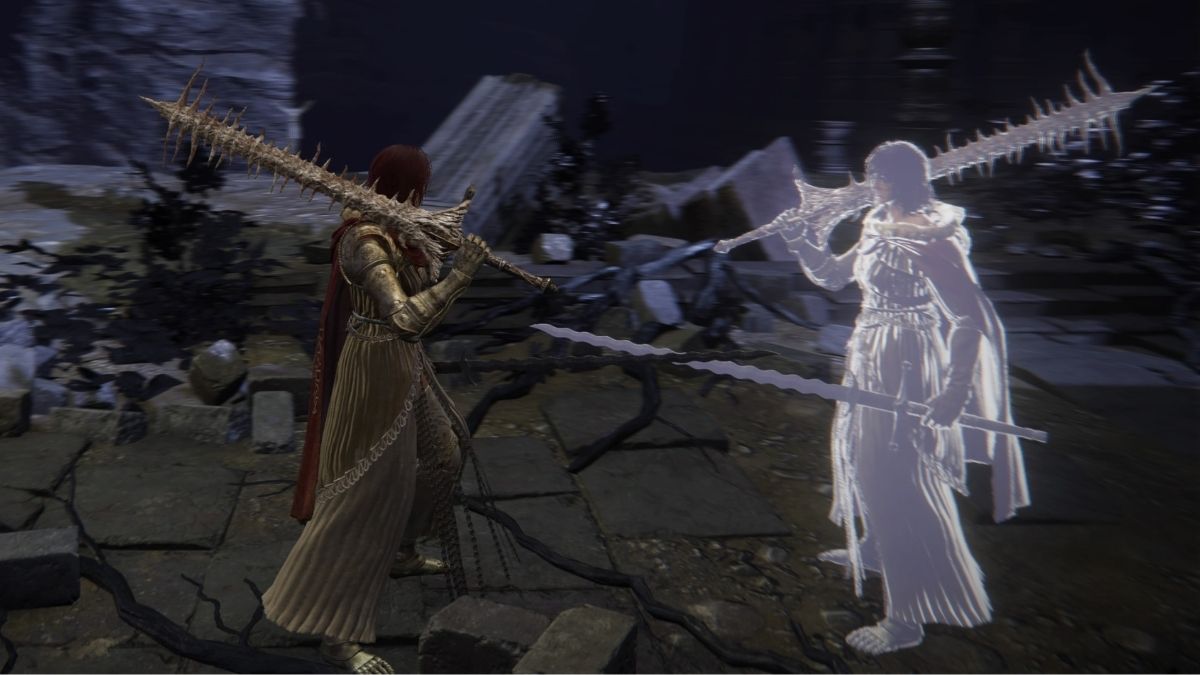 The Mimic Tear boss is one of the more interesting bosses you will come across in the Lands Between. This boss starts off as a blob in the center of the arena. When you get close enough, the blob starts to convulse and then turns into an exact copy of your character. Depending on how good you are at fighting other Tarnished, this fight can be really hard or the easiest one in the game. There is also a simple method that you can use to make this boss incapable of dealing damage. Here is how you can easily defeat the Mimic Tear boss in Elden Ring.

The Mimic Tear boss fight can’t be accessed until after you have defeated Radahn. This means that you need to complete the Radahn festival and fight Radahn. After the battle, a star will fall and open up the pathway to Nokron, Eternal City. The hole in the ground appears next to Fort Haight in the Mistwood. Follow the pathway underground. The way to the Mimic Tear boss is pretty straightforward once you get down to Nokron. It is found just after the plaza where the smaller enemies with the greatshields are.

How to make the fight easy

Just like the Mimic Tear summoning ashes, the Mimic Tear boss copies everything that you have on your character from the weapons you are wielding to the talismans that you are using. This can end badly for you if you have an overpowered build that the boss copies. Luckily, the easy fix for this is to remove all of your weapons and armor before entering the boss fight. While you have nothing equipped, walk up to the boss and it will copy your current loadout. While the boss is spawning, reequip all of your gear and the boss will be powerless to stop you. The boss will be dealing extremely low damage while you can walk all over it and obtain an easy victory.