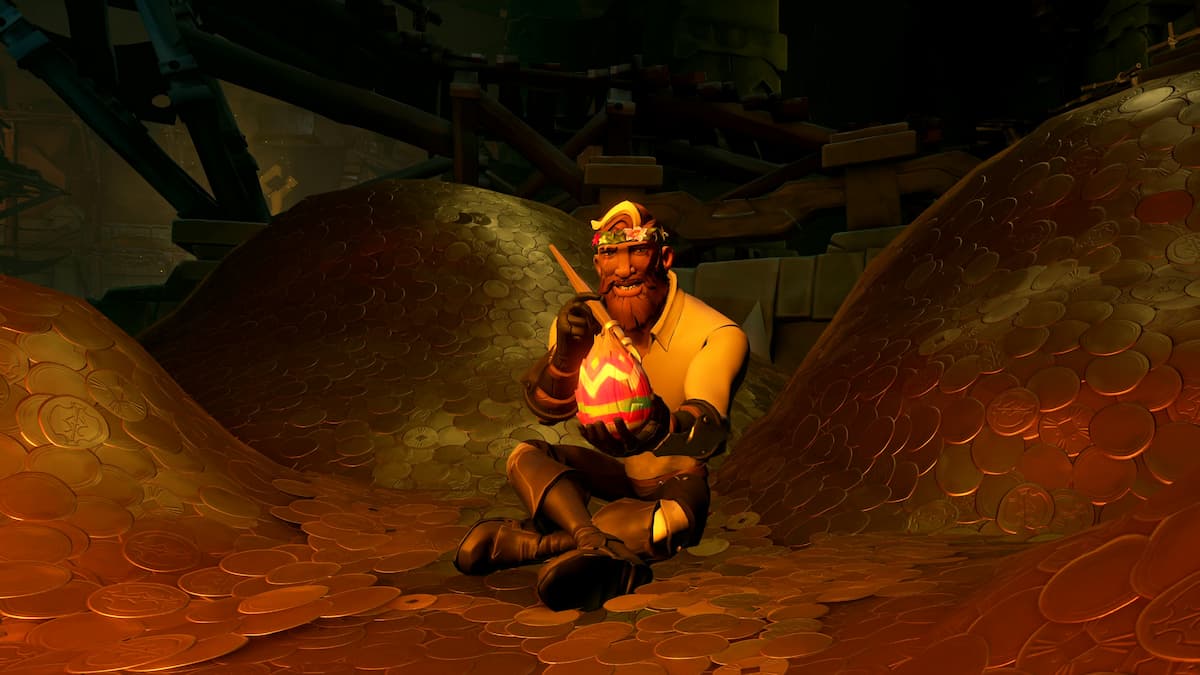 Gold may be the currency that makes the Sea of Thieves go around, but don’t forget about those blue Doubloons. Earned through various tasks related to the Bilge Rats company, players can use these coins to buy cosmetics from the various stores on Outposts or to purchase voyages, promotions, and other tasks from Larinna, who represents the Bilge Rats. You’ll have to do some more pointed objectives to earn these Doubloons, however. If you want to rack up on these blue coins, we have some suggestions on how to do so.

In your Pirate Log, go to your Reputation, and select the Bilge Rats entry. There, you’ll see entire collections of in-game commendations, which will give you various tasks. Some just involve one objective like cooking meat, while others have multiple Grades and are long-term. You’ll see that a commendation returns you Doubloons with the little blue hexagon icon.

Whenever new features come to Sea of Thieves, such as Sea Forts, expect a new set of commendations to come with that feature. Grab some friends and knock out commendations together, aiming for the ones that fit your interests in the game — perhaps spend an entire session seeking out Skeleton Thrones and sitting on them, for example.

Check your Pirate Log and go to the current season; under Events, you’ll see Daily Deeds. The rewards that you will nab from completing these dailies will likely be gold and season Renown, but you can also occasionally earn Doubloons from completing them. Be sure to check each play session to see if that’s in the cards on a given day.

Sell to the Bilge Rats (or Reaper’s Bones)

Throughout the voyages and world events you partake in, you’ll accumulate loot. Be on the lookout for Ashen loot, such as Ashen Chests (and their keys), Ashen Tomes, Rag & Bone Crates, and Ritual Skulls. Selling them to Larinna will earn you some Doubloons, but consider going to the Reaper’s Hideout and selling them there instead. You can also earn Doubloons from selling Reaper’s Chests, which you can only sell at the Hideout, for a hefty 25 Doubloons each.

Other methods to earn Doubloons

Doubloons are also a part of Season Progress, and you don’t even have to purchase the premium Plunder Pass to get them. Additionally, you can also earn Doubloons from playing the Insider version of Sea of Thieves at certain times.