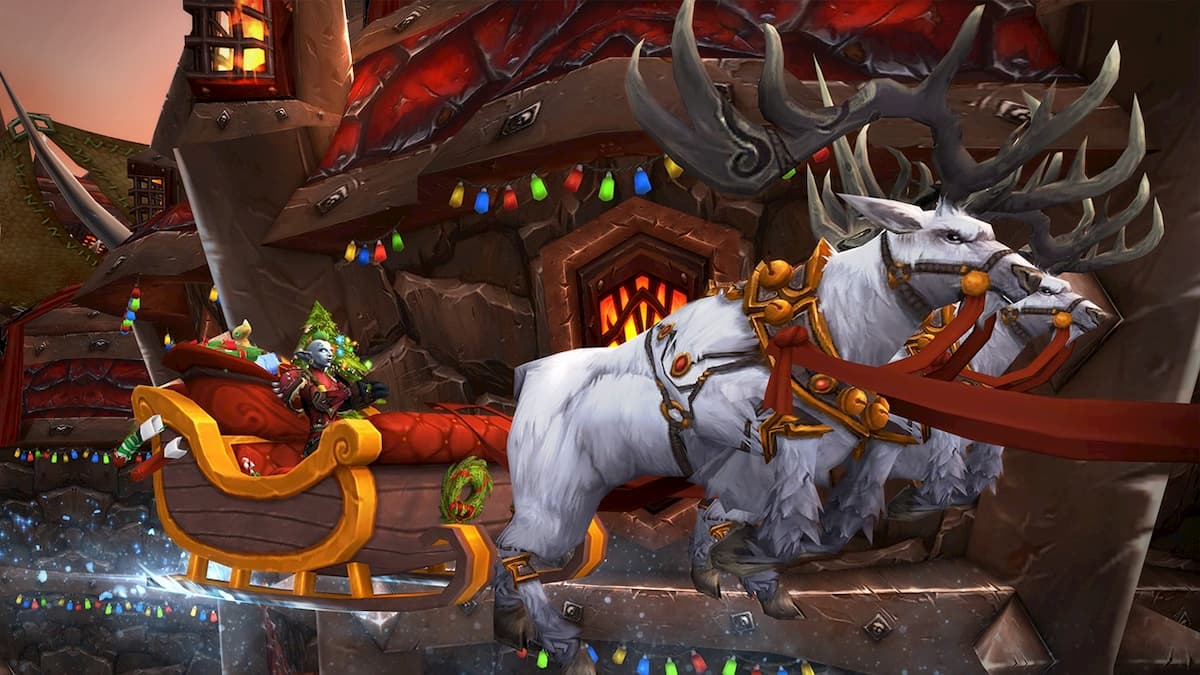 The 2020 Feast of Winter Veil has begin in World of Warcraft, and with the spirit of the holidays in the air, there’s a daily quest that can turn your empty toy chest into a an overflowing box that will make everyone in your zone jealous.

The quest you’re looking for is aptly titled “You’re a Mean One…” and you have three potential spots to pick up the quest, depending on your alignment. Alliance members can find Wulmort Jinglepocket among the special holiday NPCs in Ironforge, while Horde players can speak to Kaymard Copperpinch in Orgrimmar. If you would rather wait until you get close to the quest’s location, you can start the quest at the Strange Snowman near the bottom of the Hillsbrad Foothills, located at 42.4, 41.0.

The Abominable Greench has over 3 million health, so this fight is no pushover, despite the silly nature of the quest. Fortunately, you don’t actually have to be one of the people to defeat the Greench to eventually get a new toy. Hang around the area, and if you don’t have a group, join in when another group begins to fight the Greench. Eventually, when he falls, stacks of boxes will appear. Grab one, and this will count for picking up the Stolen Treats. Make sure you talk to Metzen the Reindeer to set him free before you head back to your city.

When you have returned to Orgrimmar or Ironforge, turn in You’re a Mean One… to receive a Stolen Present. Toys from past years of the Winter Veil event now have a chance to appear when you open the Stolen Present, including the Red Rider Air Rifle, the Clockwork Rocket Bot, and last year’s Crashin’ Trashin’ Battleship. Get used to freeing reindeer and wailing on The Abominable Greench if you want to add to your collection.