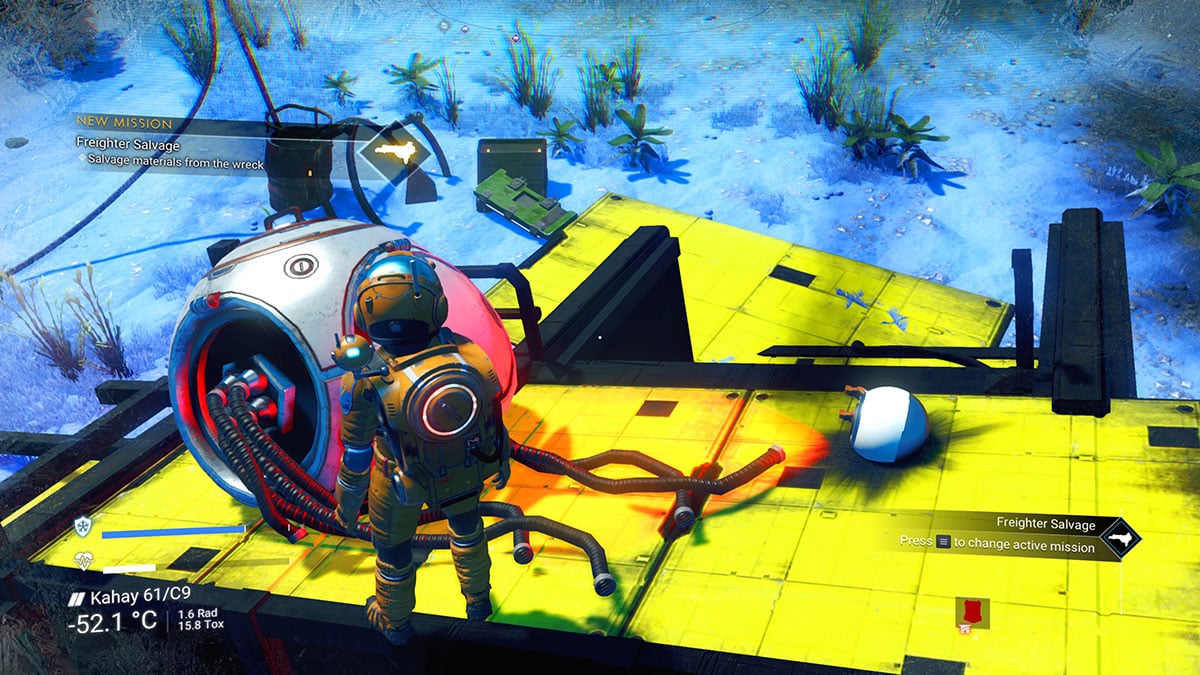 Freighters are colossal ships that have been a part of No Man’s Sky since it first launched. While we only gained control of our own through later updates, they’ve always been there in the background. These ships are capable of bringing a tonne of cargo across millions of miles in deep space. However, sometimes things go wrong, and the Freighters crash. In this guide, we’ll explain how you can find a Freighter crash site and reap the rewards from the pieces left behind.

The most common way to find a Freighter crash site is by stumbling across one as you explore the countless planets in No Man’s Sky. They’ll show up if you scan from either your starship or on the surface of a world. From there, it’s a simple case of getting to the crash site and exploring it. If you’re struggling to find one, don’t lose hope. These sites are more common than you might think, and most players come across them in the first few systems they explore.

Solving the puzzles at Transmission Towers can net you the location of a crashed Freighter, though this isn’t guaranteed. If you come across these while looking for a Freighter crash site, it doesn’t hurt to head over and solve the puzzle for the chance of getting an exact location for your objective.

Heading over to the nearest Space Station and visiting the Cartographer can give you an exact location for a crashed Freighter. You’ll need to spend some Nanites on a Distress Signal Map. After using it, you’ll be given a new location to head to, and this has a good chance of being a Freighter crash site. It may also be an alien in need, so don’t put all your eggs in this basket.

While playing Expeditions in No Man’s Sky, you might see other player bases strewn around the planets you fly past. In our experience, some players name their bases deliberately. If you see a base named “Freighter Crash Site,” then there’s probably a crashed Freighter there. We stumbled across one while playing an Expedition with other players, proving that it pays to look at what each base has been placed for. Most of the time, the placement is incredibly deliberate.

What are Freighter crash sites?

A Freighter crash site is exactly what it sounds like. Imagine that one of the Freighters you see in space has lost control and fallen to ground on a planet. The sites are strewn with pieces of Freighter and may even be brightly colored. There are usually at least two rooms blocked by broken doors that you can break into. You can also pick up the Freighter’s log, its last transmission, from a central transmitter to discover how it came crash.

While most of the time, you’ll only be looking for crashed Freighters to complete a mission for an NPC or pure exploration, they can also help you out in Expeditions. For example, in Expedition #2 Beachhead, one of the milestones for Phase Two was to explore a Freighter crash site. In this instance, you’d probably earn an Expedition patch and other rewards for your trouble.