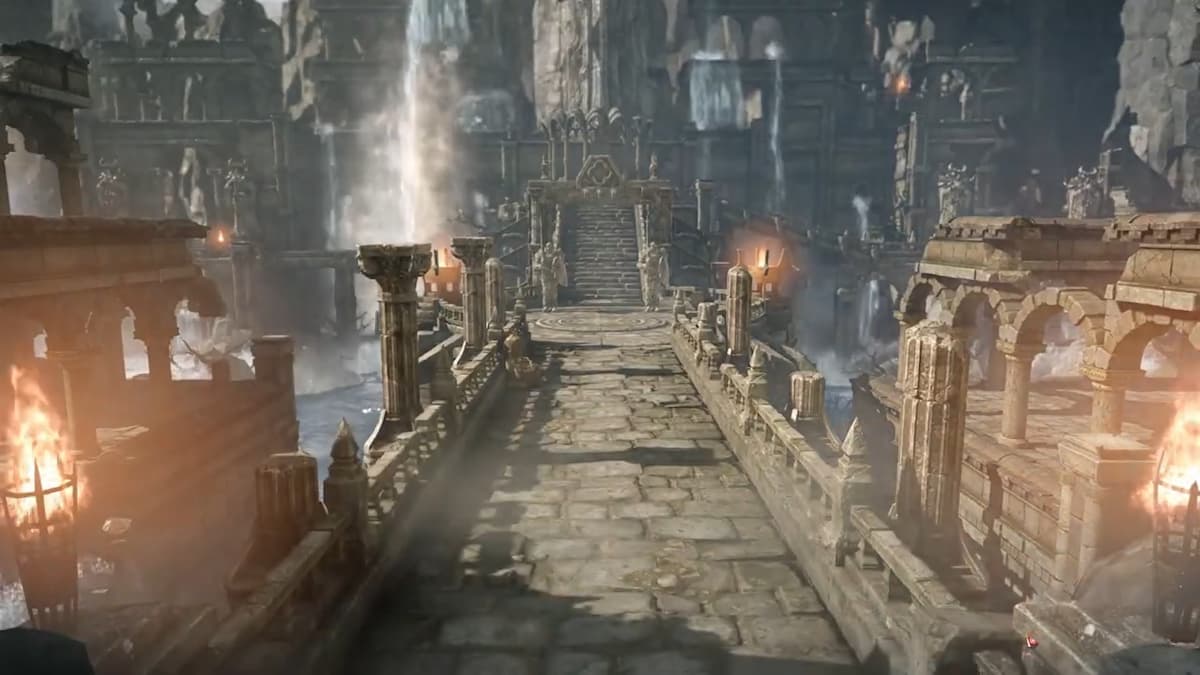 Everyone has their share of secrets, even the royalty of Lost Ark. While the Hidden Stories that are scattered around the continent won’t do much to advance the overall plot of the game, they do flesh out the characters and settings, breathing life into the MMO’s world. Being optional, they aren’t always the easiest quests to find, though.

One that can cause problems for players is the Her Majesty’s Secret Hidden Story, which isn’t the most complicated of these quests, but it can be tough to track down.

Unlike some of the other Hidden Stories in Lost Ark, the Her Majesty’s Secret doesn’t involve interacting with NPCs. Instead, you’ll be tracking down landmarks and interacting with them. The first one is a stone pillar in the Fesnar Highland area of Vern North. You’ll find it at Point 1 on the map above.

From there, you’ll see several similar stone pillars scattered around, but you aren’t looking for them. Instead, head to the west and find the giant sword sticking out of the ground at Point 2 on the above map. Go to the base of the giant sword and interact with the second of the Hidden Story notes to continue the quest. There is another interaction point just to the side of this sword, but it is a fake prompt and won’t let you continue with the final part of the Hidden Story. If in doubt, interact with both in this area to make sure you get the right one.

Note that both of these points are located near spawn points for monsters, which can interrupt you while you’re trying to interact with the correct point. Kill them quickly so you can continue with the Hidden Story.

Once you’ve collected the correct point, you need to head to the Ancient Elveria dungeon in North Vern. The final part of this hidden story is located there. Make your way to Point 3 on the map above and find the interactable object on the edge of the balcony there. This will give you the final objective for this quest. If it doesn’t show up, then you must have interacted with the wrong marker at the second point. You’ll need to go back to the previous map and try again. Once you’ve done so, head back to Ancient Elveria and go to Point 3 again. It should be interactable now, letting you complete the quest.