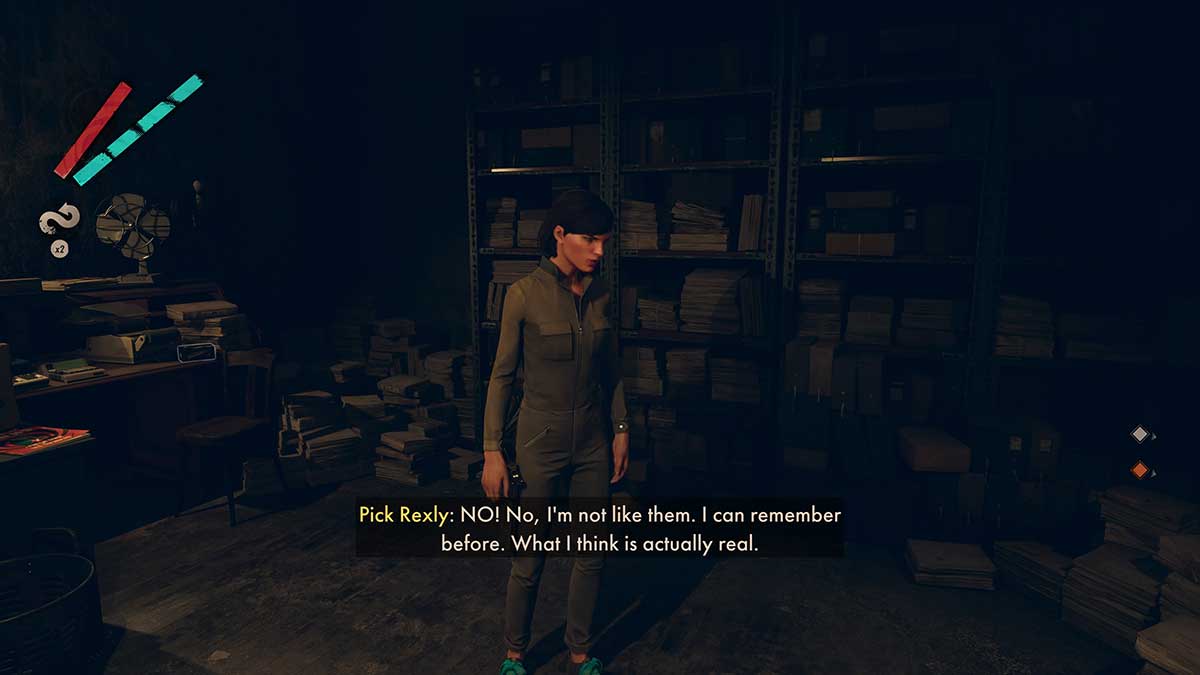 Pick Rexly is a hidden character in Deathloop, but that’s not what makes her special. Her story is tiny compared to the rest of the game, but it’s an important one you’ll want to complete if you desire to understand the bigger picture here on Blackreef. This guide covers how to find Pick Rexly and what you need to do to help her.

Before you start, please note that you must have completed either the spy bunker or pack of smoke quests to find Pick Rexly. If you haven’t finished either of them, then you won’t be able to get in through the window in Karl’s Bay.

To find Pick Rexly, head to Karl’s Bay in the afternoon. Take the tunnel on the left and head up through the Gardens of Perception area. You need to deal with a few Eternalists here, but you can go loud with a gun, and no one else will come running.

Once the Eternalists are dead, look to the right of this area. There’s an apartment building to your right as you come through the Gardens of Perception opening. You should be able to see a window on the first floor that is now open. Climb up and go inside, but watch out for the laser trap. Disable that and then stand next to the door so that you’re not directly in front of it when it opens.

This door has a machine behind it that will detect you if you walk in front of its lasers. Do that, and it will fry the lock on the other door inside of the apartment. For now, this doesn’t matter, so go inside and look around. There should be a note in the room that reveals that this NPC remembers every loop. They’re living the same way Colt is, and they hate it. Exit Karl’s Bay for now and come back later.

Come back to Karl’s Bay in the evening and make your way back to the window and the apartment. While you still can’t see anyone, there’s a new note underneath the door. Pick it up and read it to discover the writer’s name and how they’re feeling about the never-ending loop they’re living through. The note also contains the code for the door, meaning you can finally meet Pick and help her.

Use the code (ours was 6226) on the lock, and you’ll finally meet Pick. She tells you that she believes that if Colt kills her, she’ll leave the loop. This leaves you with a choice. You can either kill her or walk away. If you walk away, she’ll shoot herself, so the outcome is the same regardless, except the implication could be much greater than you realize.

When you revisit the apartment in later loops, the door to where Pick dies is always open. There’s no evidence that she’s there, meaning she either kills herself every afternoon, or she’s been removed from the loop, just as she thought. You won’t find an answer anywhere in the room, so you’re left to wonder exactly what’s happened to Pick for the rest of your playthrough.