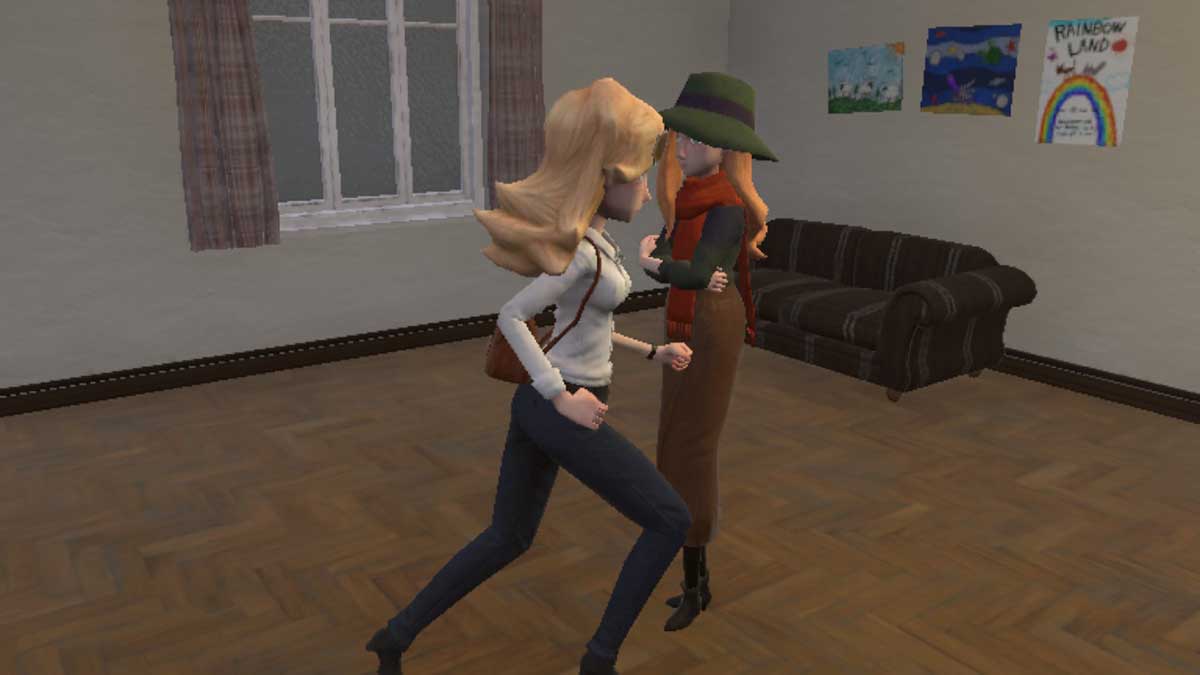 The Good Life has a few bugs and glitches that can get in the way of progress. In our time with the game, we’ve fallen through doors as a cat, losing an hour or so of progress, but nothing has been more frustrating than Naomi getting stuck on Rita Barrett during an in-game cutscene. In this guide, we’ll explain how you can fix this so that you lose no progress.

How to fix Naomi getting stuck on Rita Barrett

This glitch occurs just after the death in the village. William runs out of the Town Hall, and Naomi is keen to follow him. However, her character model becomes stuck on Rita Barrett’s because of an issue with collision or improper paths for the AI. This results in Naomi running into Rita but moving nowhere. We encountered this glitch on the Switch version of the game and thought that all the progress we’d not saved up until this point was lost.

To fix this issue, you need to press the kick and jump buttons a few times until Naomi becomes unstuck. Then, her character model will move just enough to allow it to run past Rita and trigger the rest of the cutscene. This means that you can continue with the urgent quest and line up three gnomes before William makes a fool of himself.