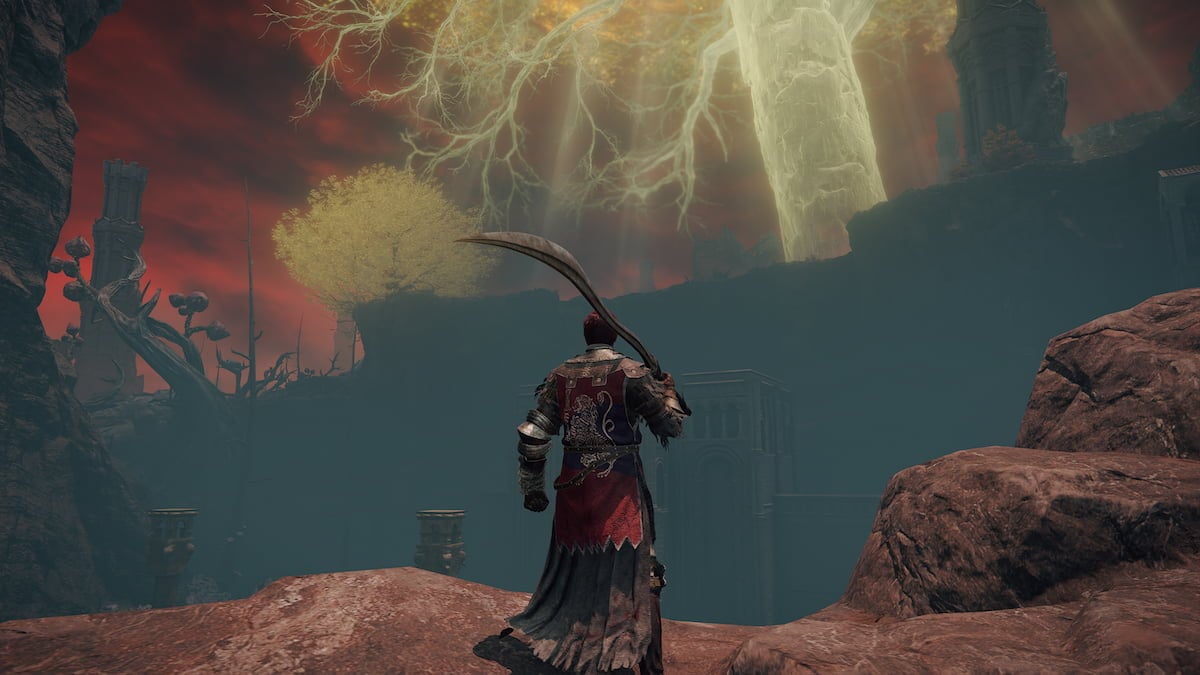 If you’ve tried to activate a Dragon Communion Altar by interacting with it, and have been rewarded with an animation of your character raising their hand to no avail, then this guide is for you. It’s worth mentioning, however, that Elden Ring has so many opaque rules and mysterious mechanics, it’s hard to even know whether this is an error or the game working as intended.

First, the answer to this question will be different based on which altar you are trying to use. The first one you are likely to come across is the altar at the Church of Dragon Communion shown above, which can be accessed through (bring a light!) the Coastal Cave. If you’re here, make sure you have a Dragon Heart to offer at the altar. If you’ve already purchased the three available incantations at this altar, you’ll need to purchase all additional ones at the second altar.

The second altar is located in Caelid, at the Cathedral of Dragon Communion shown above. This altar not working (especially on your first attempt) could come down to a few different factors, but there is one that worked when we experienced the issue. First, rest at the nearby Site of Grace and use the Pass Time option to wait until nightfall. Then, try using the altar again without fighting the knight that patrols the area. It isn’t clear exactly why this works, but in our experience, it does.

There are a few other suggested solutions you might see elsewhere, such as not attempting to use the altar while it’s raining, or leveling your Arcane stat to 15. While the first option is relatively risk free, we would not recommend leveling your Arcane stat, which could involve spending a huge sum of runes. We were, in fact, able to activate this altar with 9 Arcane, and we have no reason to believe the stat has any relevance to this problem.

Related: How to defeat Flying Dragon Greyll in Elden Ring