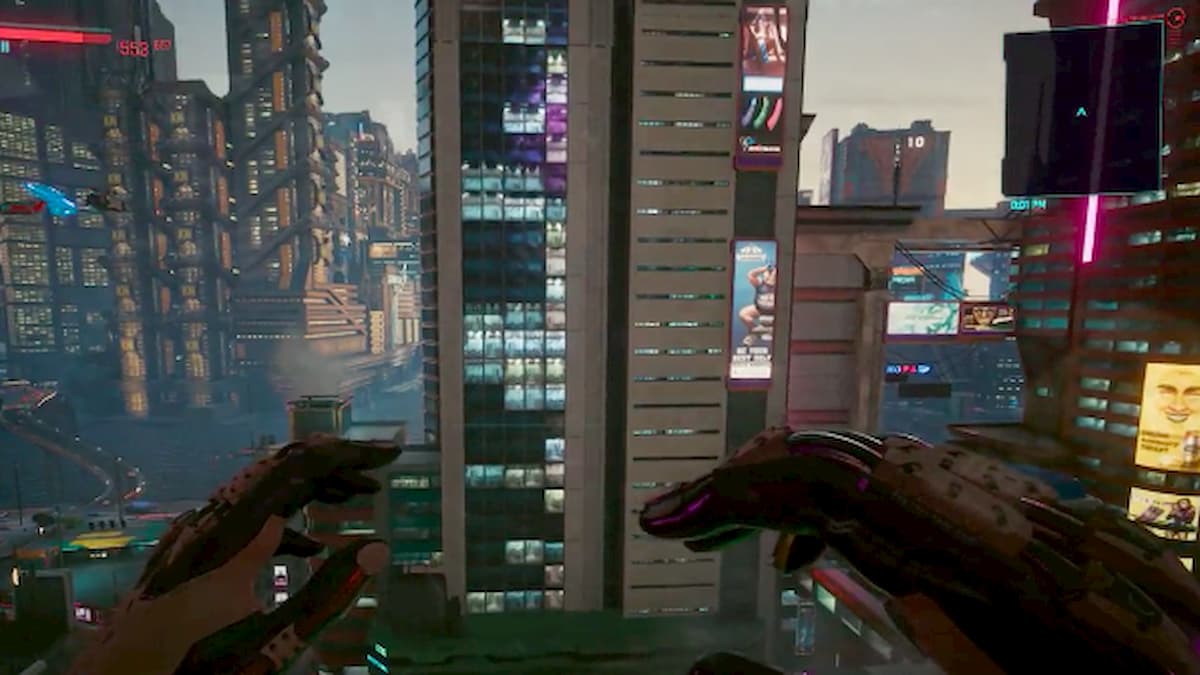 Even with fast travel and vehicles that reach over 200 miles an hour, one of the best ways to get around in Cyberpunk 2077 is actually by flying. Although highly unexpected, it is something that doesn’t take a glitch, mod, bug to do. Discovered by a Reddit user named Heimgang, the hidden ability can be witnessed by all players just by collecting a few pricey upgrades.

Where to find the upgrades for flying

To begin, the Epic Fortified Ankles Cyberware will need to be purchased from Fingers, a ripperdoc near Jig-Jig Street in Japantown (as shown above). This leg upgrade will allow players to hover for a period of time while in mid-air, but will cost a heartbreaking 75,000 eurodollars.

Once that is obtained, the Kerenzikov booster will also have to be bought from the ripperdoc, which runs at a much lighter 7,500 eurodollars. This nervous system upgrade ultimately slows time at 60%, letting users leap at longer distances.

Getting V to fly

After both are equipped to V, players will have to activate Fortified Ankles’s hovering ability to finally fly. To do so, start by aiming down a gun’s sights while moving forward, then hold down the jump button. If successful, the screen will start to blur as V floats.

From the looks of it, players can keep V in the air for as long as ten seconds, making running through massive crowds a thing of the past. In addition, no fall damage will be taken once landing, no matter how high characters go.

As this doesn’t take a bug or glitch to do, it is likely this nifty travel technique isn’t going anywhere anytime soon – which is good news, considering how many skyscrapers must now be topped in Night City.