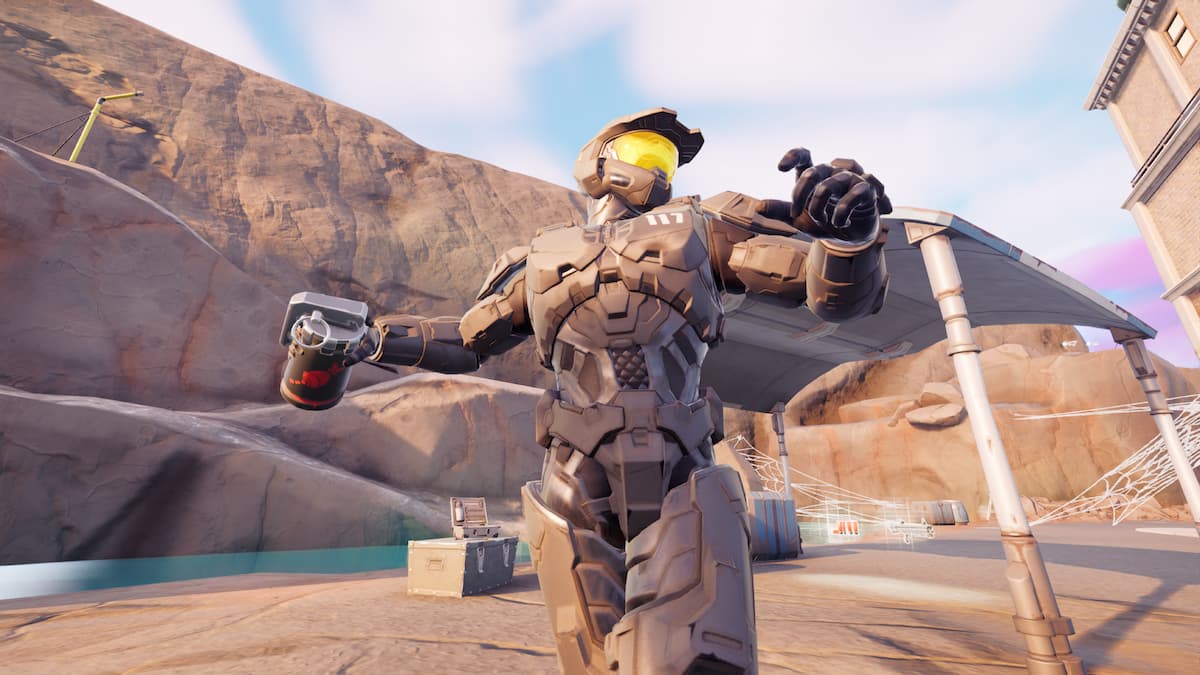 If you’re looking to take out structures or a large group of enemies in Fortnite Chapter 3 Season 2, there may be no better tool to use than the Air Strike. This Legendary item comes in the form of a grenade that releases a puff of red smoke and more than a dozen missiles from above. Here’s where you can grab the item right away.

Air Strike grenades can be discovered by looting chests, Supply Drops, and Loot Sharks, or as ground loot mainly in named locations. Thus, you won’t be able to purchase the item from any NPC on the map — for good reason. After throwing the grenade with the fire button, a total of 20 missiles will fall all around its red smoke, each capable of dealing 50 damage. It has also garnered a reputation for being the best explosive against enemy materials, as every missile can do up to 400 damage to all structures.

Air Strikes are certainly stronger than the recently-unvaulted Anvil Rocket Launcher and Remote Explosives, though it has its limitations. For one, just four Air Strikes can be in a player’s inventory at a time — which still may be more than enough to eliminate multiple squads. Most importantly, this rain of missiles only lasts eight seconds, so be sure all of your targets are in range before throwing the grenade.