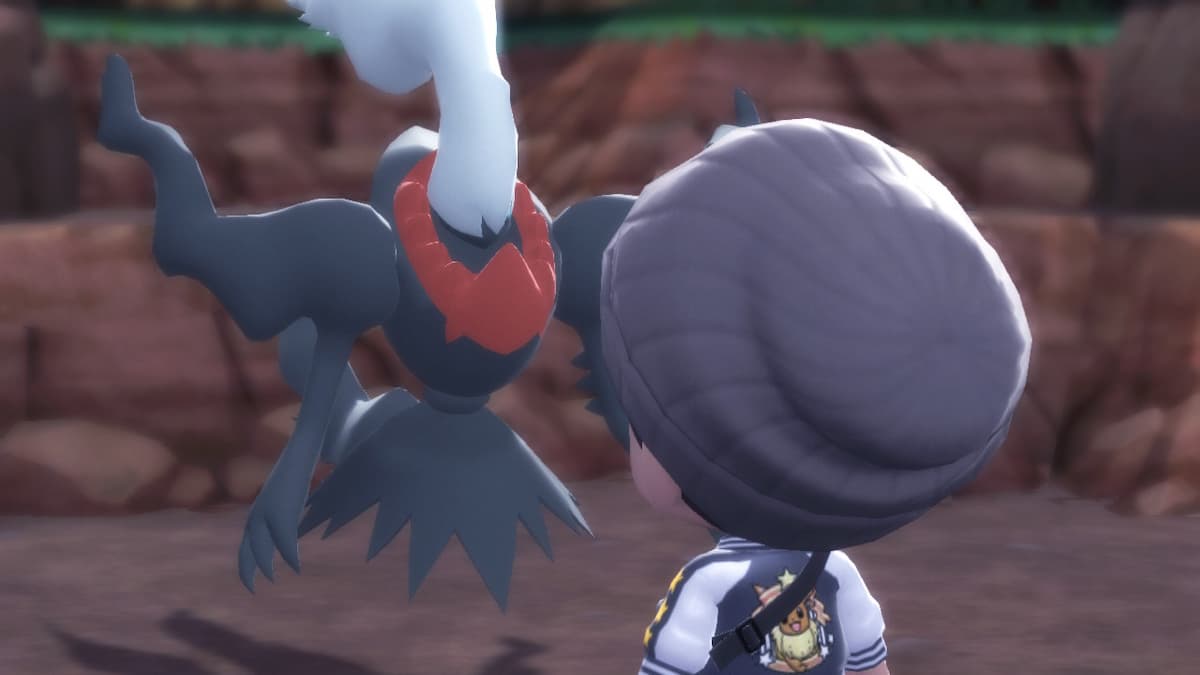 For the month of April — or “between the new moons” — Pokémon Brilliant Diamond and Shining Pearl players can obtain a key item to catch Mythical Pokémon Darkrai. Darkrai is the dark-type nightmare Pokémon who first appeared in the original Diamond and Pearl in a special distributor event. You can capture Darkrai already in Legends: Arceus if you have a save file of Brilliant Diamond and Shining Pearl, but you need to do something different to capture it in BDSP itself.

Select the Mystery Gift from the menu, and pick receive the Member Card gift via the internet option. You will be gifted with the Member Card. From there, head to Canalave City. Go to the Harbor Inn, which is the building behind the Pokémon Center. The Member Card will open the door. A creepy NPC will talk to you; you’ll then sleep in the bed inside, and you’ll wake up on Newmoon Island. Darkrai will be waiting for you deep on the island.

Darkrai is a pure Dark-type and is weak against fighting, bug, and fairy-type Pokémon. Darkrai is also fully immune to psychic attacks. Darkrai can be hurt with normal and fighting-type attacks since it isn’t a part ghost. Darkrai will only be at level 50, and you should have Pokémon on a much higher level than that. Its moveset includes Hypnosis, Sucker Punch, Foul Play, and Double Team.

As with most legendary and Mythical encounters, False Swipe is an excellent move to deplete Darkrai’s health to just one HP. Bring status affecting moves as well, like Stun Spore or Sleep Powder, though try to avoid getting hypnotized yourself.