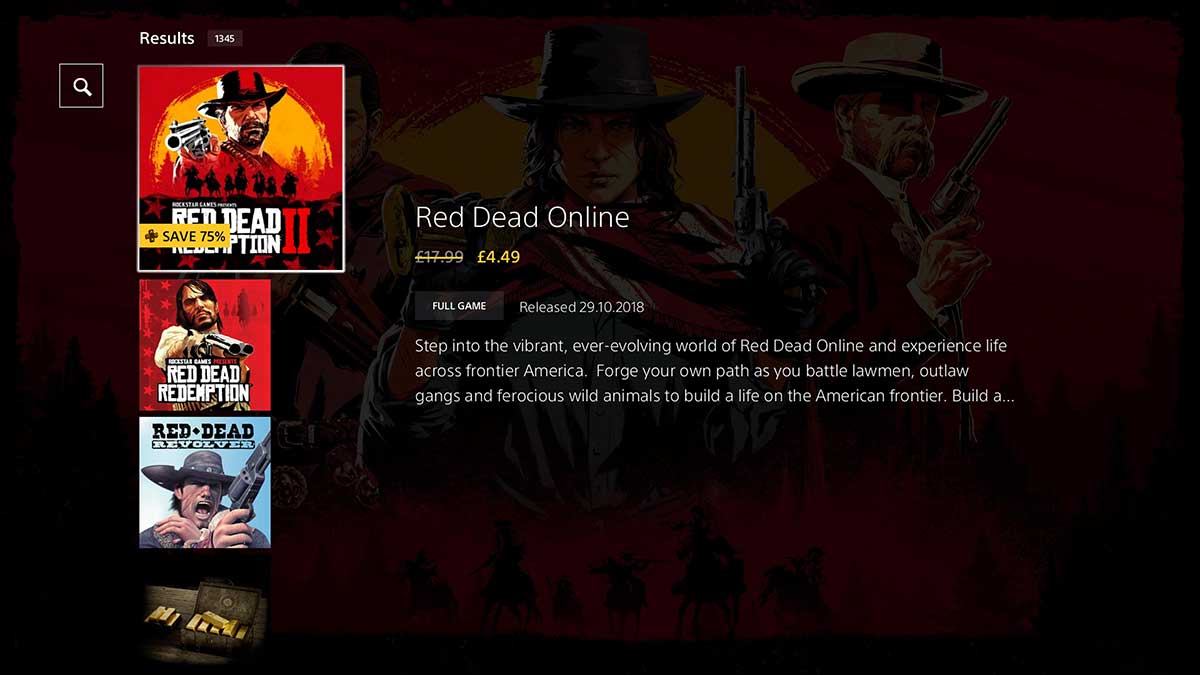 Red Dead Online has now been released as a standalone game without the campaign of Red Dead Redemption 2. That might have skipped you by, though, because it’s not being promoted on any digital storefronts that we can see. In this guide, we’ll take you through how to buy and download the game.

To get Red Dead Online, though, you’re going to need to search for the game on your chosen platform.

Aside from the Rockstar Games Launcher, you’ll need to search each of these platforms if you want to stand a chance of finding the game. When you do, you’ll probably get three or four results. The one you’re looking for could have an image with the words “Red Dead Online” on it or “Red Dead Redemption 2.”

We found that between the PS4 and PS5 store listings, it varied. As a result, you need to read the text from the store listing to figure out which one is Red Dead Online Standalone.

One final tip for finding the correct listing is to look at the price. Red Dead Online is being sold at the promotional fee of $4.99/£4.49 until February 15, 2021. If you want to buy it, buy it while it’s cheap.

The game gives you the chance to enjoy the rich online world of Red Dead Online without needing Red Dead Redemption 2 to be installed as well. You can do all sorts of things, such as smuggling, hunting panthers, or purely make a nuisance of yourself around other players. It’s a wonderful online world, one that’s ready and waiting for new players to join.