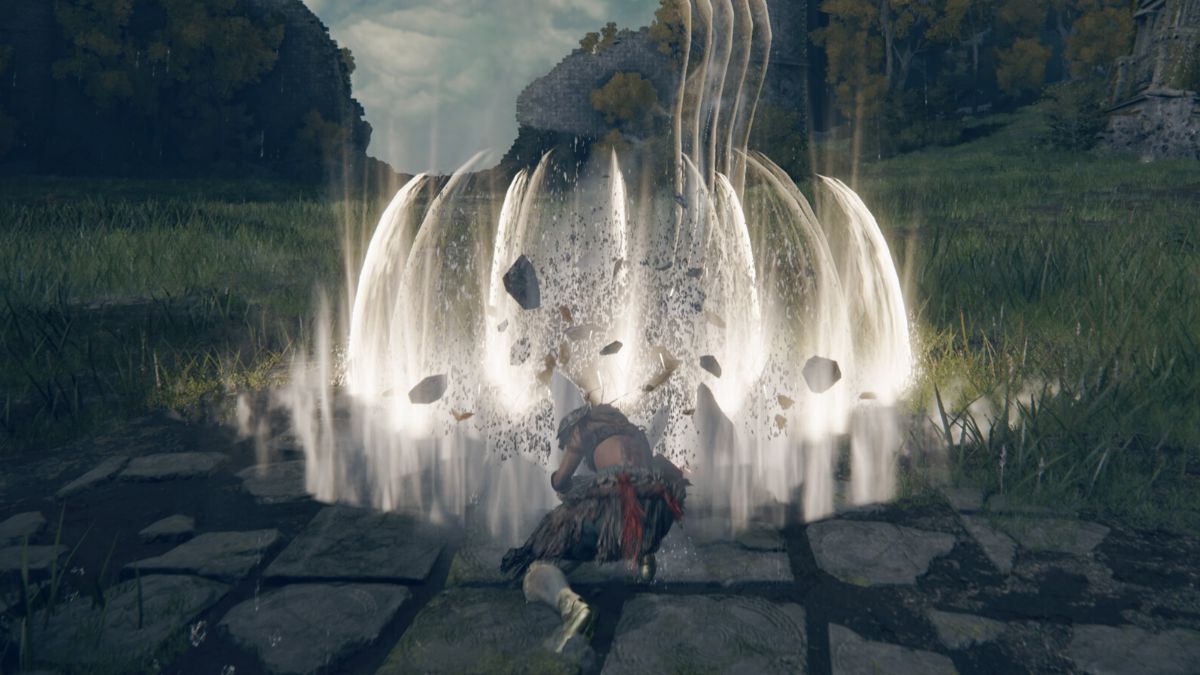 The Beastclaw Greathammer is a worthwhile weapon for those who are working on a Strength build. If you follow the path of the beast, you will want to get your hands on this weapon. This weapon comes equipped with the unique skill called Regal Beastclaw. This skill allows you to slam the hammer down and cast the Beast Claw incantation. This weapon is a great replacement for the incantation, allowing you to use other spells. Here is how you can get the Beastclaw Greathammer in Elden Ring.

To obtain this weapon, you will need to make your way to the Bestial Sanctum. This area is in the farthest reaches of the Caelid region to the east of Limgrave. You can reach this area by traveling across the area on your horse, but that way is ineffective. The easiest way to reach the Bestial Sanctum is to take the warping stone behind the Third Church of Marika in the Mistwood. This will take you directly to the Bestial Sanctum where you can find Gurranq. You can also reach Caelid by using the teleportation chest in the Dragon Burnt Ruins in Limgrave.

Gurranq will offer you different rewards for bringing him Deathroot. Deathroot can be found in catacomb dungeons or by defeating Tibia Mariners. Each time you bring him a Deathroot, he will give you a different item. If you feed Gurranq seven Deathroot, he will reward you with the Beastclaw Greathammer.