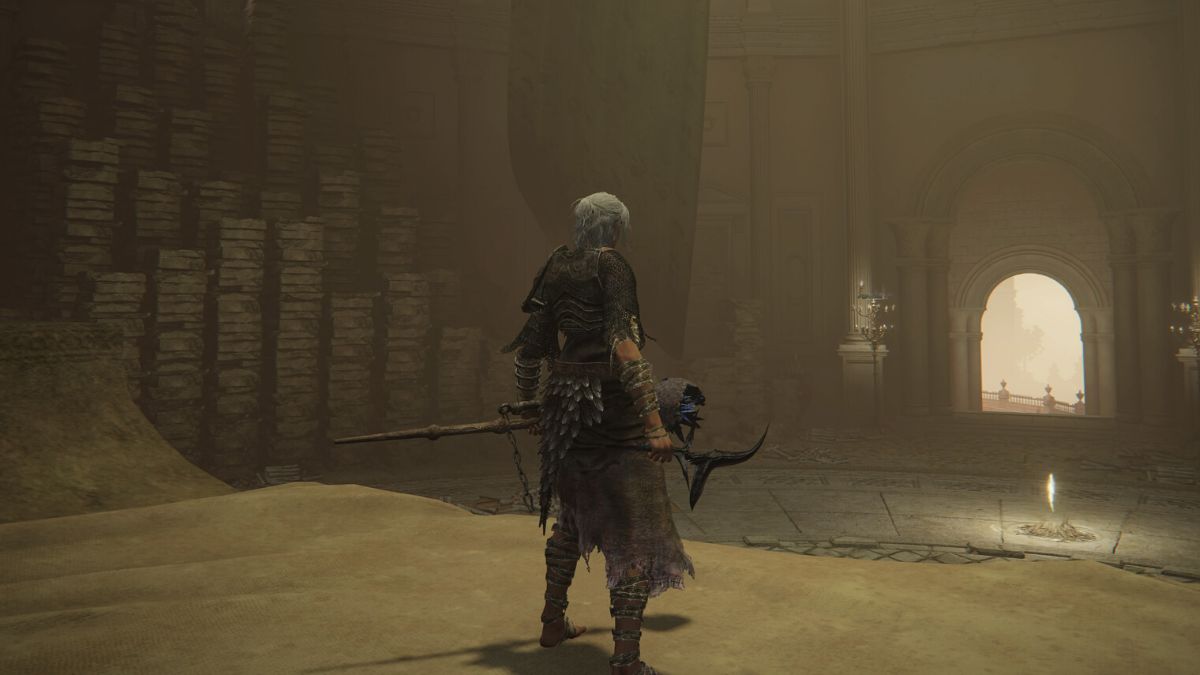 Unleash your inner Black Knife Assassin with the Black Knife dagger. This blade is more than just a simple dagger, it is a tool of destruction that can eat away an enemy’s health. This weapon comes equipped with the unique skill, Blade of Death. This weapon art allows you to jump into the air and fire off a blade-like projectile. If this projectile strikes a target, it deals immediate damage and also lowers the target’s maximum health. It also continues to wear down their health for a short while after the hit. This is a blade you don’t want to mess around with. Here is how you can get the Black Knife in Elden Ring.

To obtain this dagger, you will first need to gain access to Altus Plateau. This is the region to the north of Liurnia and Limgrave. To access this area, you will need to collect the two halves of the Dectus Medallion from Fort Haight and Fort Faroth. You can then take the Grand Lift of Dectus up from northern Liurnia to Altus Plateau. If you would rather take the more dangerous route, you can also traverse the dungeon in the northern part of the Liurnia ravine. This is not recommended if you are new to the game or are under-leveled.

Once you reach Altus Plateau, make your way east to the outskirts of the Capital City wall and head north to find the Rampartside Path Site of Grace. From the Site of Grace, head west to the Sainted Hero’s Grave. In front of this dungeon, you will find one of the Black Knife Assassins. This field boss will attack you as soon as you get close to the dungeon. Defeat this boss to obtain the Black Knife. This boss has the same moveset as Alecto, Black Knife Ringleader. Be sure to stay on your toes when fighting this boss since they wield the Black Knife.