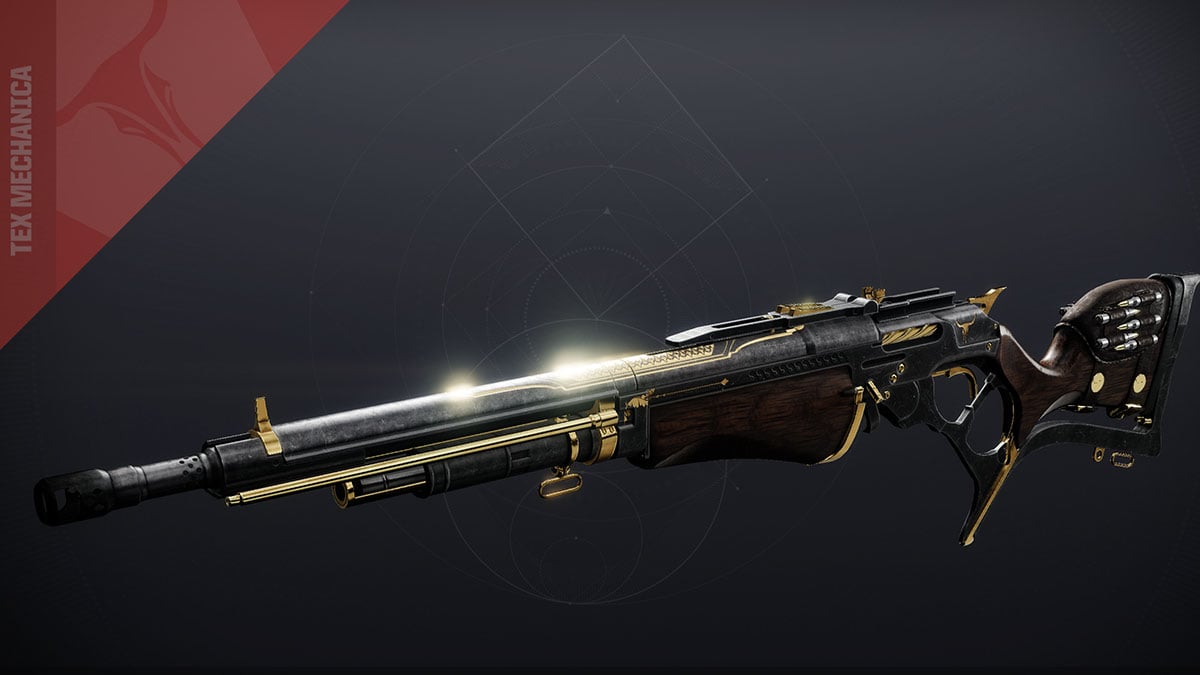 A surprise quest has arrived in Destiny 2 for the Dead Man’s Tale, a new Exotic Sniper Rifle in the Season of the Chosen. This is quite a long one, involved a couple of different parts and a very long special mission.

In this guide, we will run through everything you need to know. Please be advised that while the guide is under construction, the video below contains a full walkthrough of the Presage mission to get the Dead Man’s Tale.

How to start the quest

When you first load in, kill all the enemies in the first room, then wait for a door to open. Don’t go left, instead wait for the door to the right to open automatically. Inside you will find lots of turrets. Kill them all and make your way down the hallway.

You will come to an open area that you haven’t visited since the Red War campaign. There will be a lot more turrets and a boss with a shield. Carefully take them all out, and a waypoint will appear on one of the platforms. Jump to it and grab the Distress Signal.

Finish the Nightfall, then head to the Tower to speak with Zavala. He will have a new quest for you called The Voice on the Other Side. This will begin the new Exotic Quest.

For the Presage Quest, you need to load into a special node that has been added to the Tangled Shore. This is quite a tough mission in places, so it is an good idea to have a full fireteam.

Step 1 – Getting into the ship

The Presage Exotic Quest in Destiny 2 begins by putting you in front of a large that is not going to open. You need to gain entry to the ship, but you can’t do it by going forward. Turn around and walk down the ramp, then look to the right.

You will see a small platform jutting out of the far side of the ship. It’s time for a spacewalk.

Jump across to the platform, then walk down the side of the ship, jumping to the next platform. You will come to an awkward corner, so jump around it, making sure not to float off into space.

When you reach the end of that platform, jump directly across to the higher platform in front of you. If there are floating boxes in the way, shooting them will make them move.

When you reach the very top, look down the length of the ship and you will see a platform tucked away under an awkward overhang. You need to jump down and land on the platform, but be careful, and use the floaty physics of space to your advantage.

Now that you are inside the ship, you can continue on exploring the rest of the Presage Exotic Quest.

Once you get inside the ship, make your way through the tunnel and shoot the grates that are in your way. They will break quite easily, allowing you to progress through the ship. You will eventually end up in a room with some white light, and another grate in the wall on the left.

Shoot that and head inside, go to the end of the narrow room, duck under the pipe and then turn around. Jump up onto the platform above you and follow the only path available to you to another grate you need to drop down through. You will now be on the other side of the door you started out at.

On the left is a smaller door that will open, but the way is blocked by some congealed Darkness. Beside it is an odd spore/plant. Shoot this then stand near it to get a buff that allows you to pass through the Darkness.

In the next room, go to the left side of the room and jump onto the small console there, then up onto the pipe. Walk along the pipe to find another grate that you can shoot. Follow the tunnels again until you find a hole in the roof you can jump through. Keep jumping from platform to platform and continue through the tunnels.

You will drop into a room with a strange electricity wall and a large drop. Go right, take out the enemies that spawn in and go all the way to the end to find a level you can pull.

Go back to where you first dropped in and a new door will be open in the wall on the left with another spore inside. Get the buff, then jump across the gap to the far side, through the doors that would be blocked by Darkness without the buff.

Move through the dark corridors, drop down through the floor and take out the enemies that spawn in. Jump up one level and take out more enemies, then make your way to the door in front of you. Jump across the chasm to the platform, then across to the other side. On the right will be a glowing object you can shoot, opening a gap in the floor beneath you.

Down in the hole you will find more screebs, so kill them all, then jump up and to the right. Go all the way to the end and activate the switch, then go to the far end, once again up top, and go through the now open door.

Go inside and slide down the ramp to play out everyone’s favorite scene from Star Wars.

Interact with a switch at the far end and debris and Screebs will start falling on you. You need to find all the glowing fuses in the floor and shoot them. Some will be hidden behind panels, so shoot them all off. When you get them all, one area of the floor will start to glow red, you can shoot that panel and drop down inside.

If you can’t get them all in time, the section will restart without the raining Screebs, making it much easier to spot the fuses.

Follow the tunnels until you reach a room filled with panels, consoles, and a dead Scorn in the center. Look left to find a switch that will open a door, giving you access to the spore. Grab the buff, then go to the far right, where a door will open and you can move through the darkness beyond it.

Head into the room and to the left where you will find a bunch of Screebs. Kill them all and you will notice a switch at the back of a large piece of machinery.

Hit the switch and a door will open behind you. You will need to shoot the fuse from long range, as it will deactivate an electric wall above you, allowing you to jump up. This doesn’t last long, so jump up there quickly. Go right and hit a switch, then left, through a door, and hit another switch at the end of the corridor.

Drop down and go left to find another door has opened, giving you access to another spore. Grab the buff, then run to where you fought the Screebs, jump up and to the left and follow the path around to the next area.

This guide is under construction