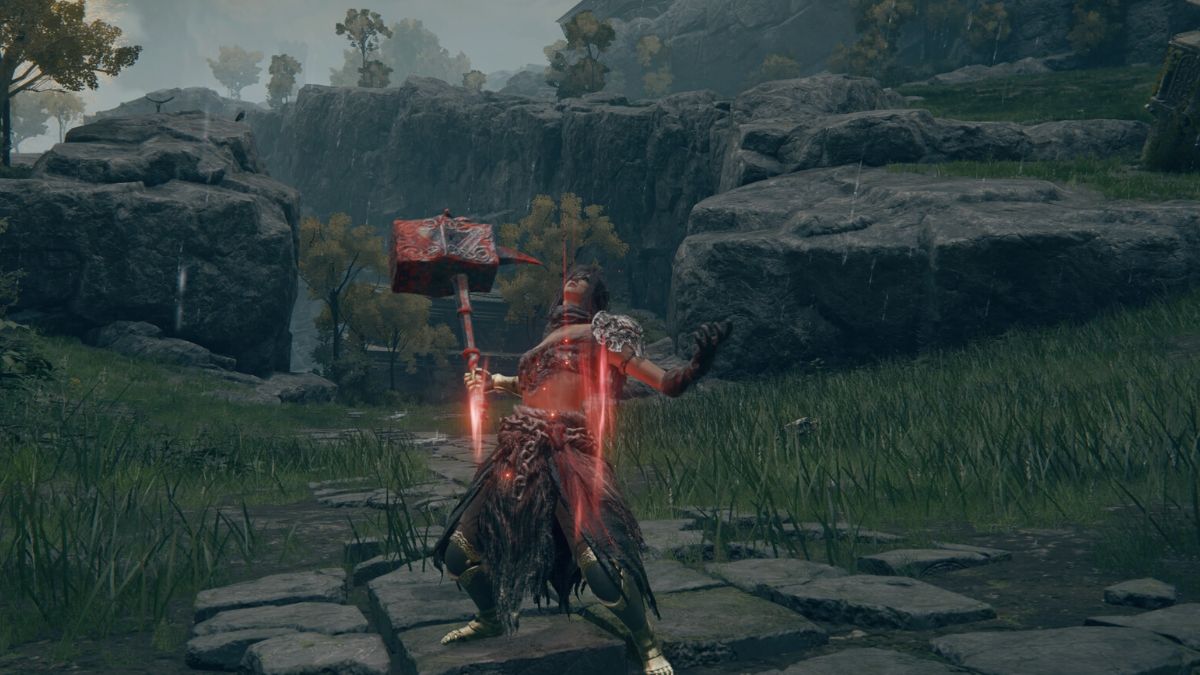 Have you ever felt the need to pummel your foes while also inflicting them with Scarlet Rot? If so, the Rotten Battle Hammer might just be the weapon for you. This might hammer is capable of hitting foes for large amounts of damage while the Scarlet Rot chips away at their health. This weapon comes equipped with the Braggart’s Roar weapon art which raises your attack power, defense, and stamina recovery speed. Here is how you can get the Rotten Battle Hammer in Elden Ring.

To obtain this battle hammer, you will first need to reach the Consecrated Snowfield. This area is one of the late-game areas you will go to that can only be reached after you have obtained both halves of the Secret Haligtree Medallion. These pieces of the medallion can be found by talking to Albus in the Village of the Albinaurics and by defeating Commander Niall in Castle Sol and going to the top of the castle. Once you have both halves of the medallion, you can take the Grand Lift of Rold down to the Consecrated Snowfield.

Once you reach the Consecrated Snowfield, make your way along the path to the Consecrated Snowfield Site of Grace. From there, head northwest to the area marked on the map above. In this area, you will find a bunch of graves. Amongst the graves will be a Rotten Duelist that attacks just like the regular Duelists found in the Capital City. After defeating the Rotten Duelist, you will be rewarded with the Rotten Battle Hammer.