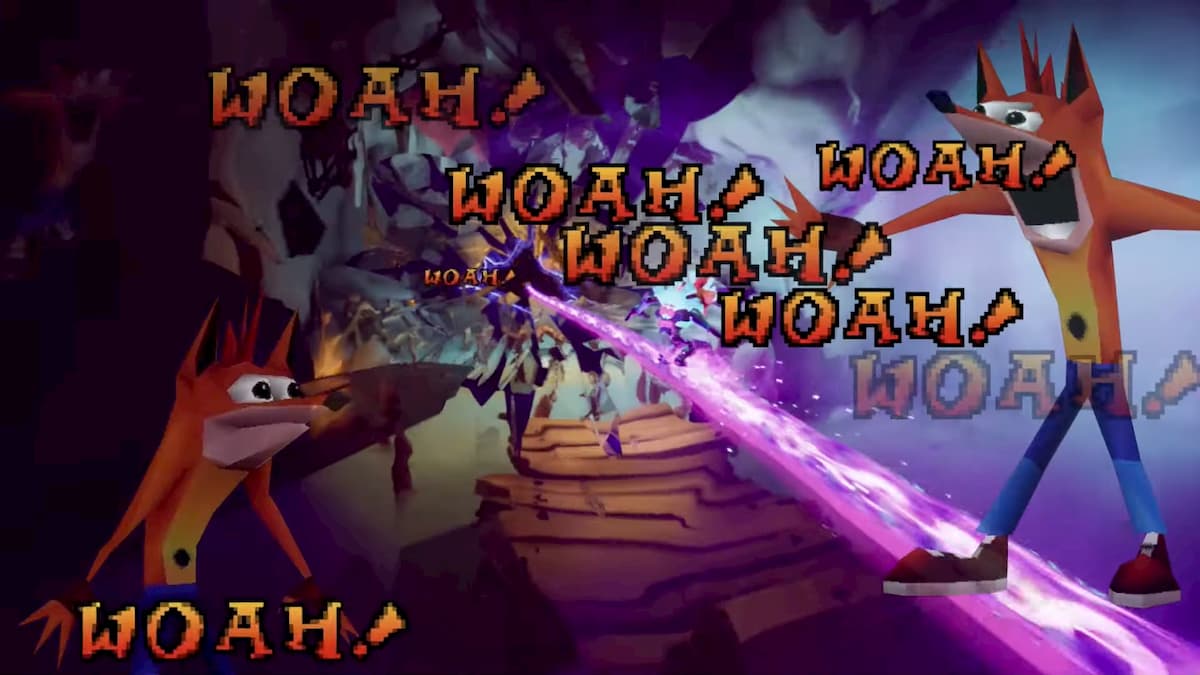 Crash Bandicoot 4: It’s About Time has a number of easter eggs, just like the previous Crash games. The game has a lot of cool stuff hidden inside it, which includes references to the previous Crash games and other games such as Spyro, a character that developer Toys For Bob have played with before. The Woah! Easter egg is one of them, and it also has a trophy attached to it.

For those who are unaware, the Woah! Easter egg is attached to a meme that was trending a while back in the Crash community. The meme originated when popular Youtuber OneyPlays started playing Crash Bandicoot 2: Cortex Strikes Back in 2016 and exclaimed “Woah!” whenever Crash jumped in his videos. The community started making montages and memes out of it, and it became viral in no time.

To get the Woah Yeah! trophy, you need to complete A Hole in Space level in the Bermugula’s Orbit dimension. While you are sliding through the level, all you need to do is ensure that you pick up all the grapes available in the level. There are a total of eighteen grapes in the level, and once you pick up the last one, you will see a pretty cool Easter egg with a reference to the Woah! meme. Along with that, you will also get the Woah Yeah! Trophy.