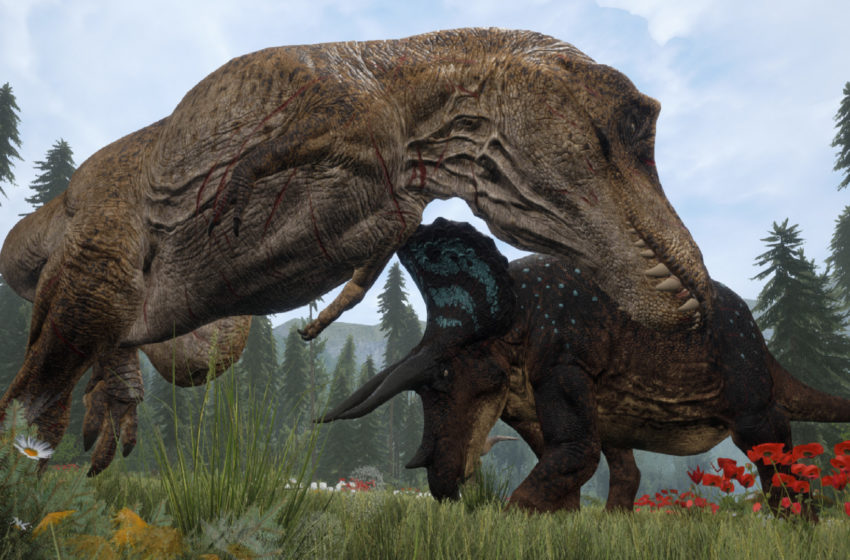 Evrima is more than an update. The Isle was entirely reworked. Evrima is the result. It’s a brand new map, new gameplay mechanics, new graphics, and new dinos. For those waiting patiently for Steam to initiate the update, you’ll need to take a more proactive approach.

How to install Evrima

Evrima is a beta update. All of The Isle is beta, but Evrima will not start downloading on its own. Players will need to initiate the update on their own.

Steam will begin updating as soon as the selection is made. It’s a fairly large download, so there will be a brief wait. It is not Ark: Survival Evolved levels of downloads and should be done in a few brief minutes.

There is a lot of new content promised with the Evrima update. Much of it has yet to actually arrive. Evrima is not The Isle that long time players are familiar with. Many mechanics are gone: bleed, bone break, groups, and more have yet to be reimplemented. New features like seamless growth, new body-carrying, grazing for herbivores, and more have been added as part of the game’s development.

There are currently only two dinos available in Evrima: the utahraptor and the tenontosaurus. The utahraptor isn’t new to the game, but does have some new features: it cannot jump while running and will have a short landing animation. It also has a new latch ability to jump on prey.

The tenontosaurus is a new, utahraptor-sized herbivore that was not previously in the game. From a brief look, it has a back kick, tail swipe, bite while running, and a slap.