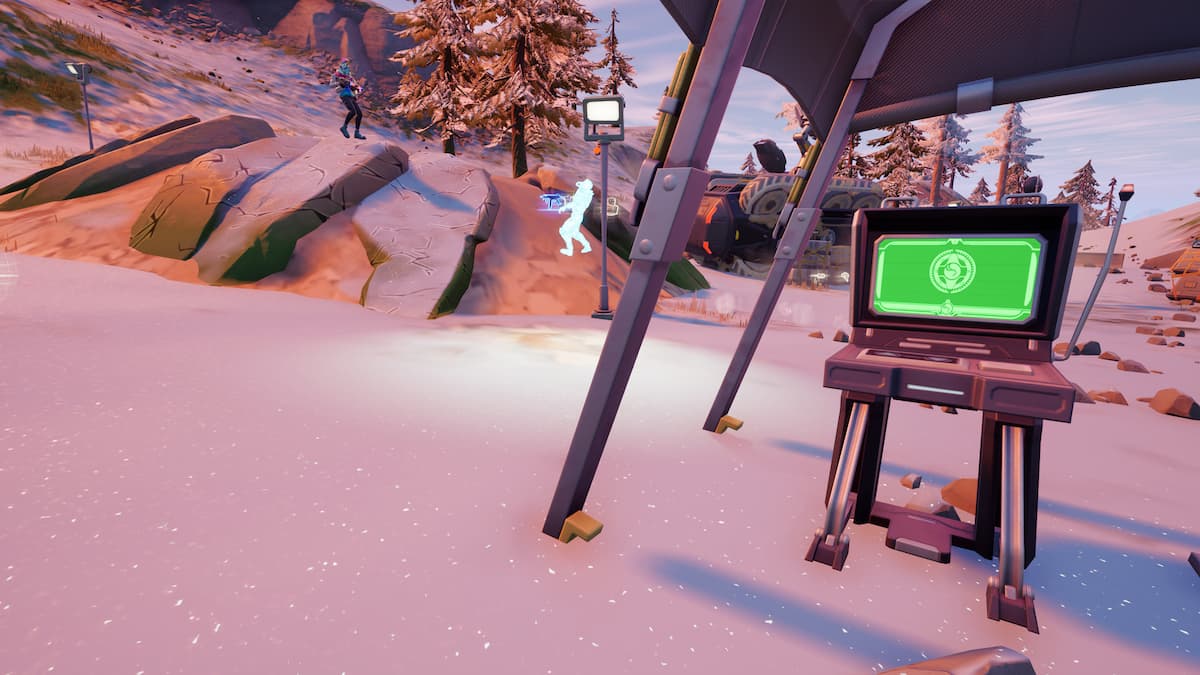 Week 7 of Fortnite Chapter 3 Season 1 has some new seasonal quests for players to compete. One of them is to interact with a Drill Scanner. The only place to find these is at IO drill sites, where you can find them in the tents near the drills.

Currently, there is one IO drill site to be found to the east of Logjam Lumberyard, in a small valley near the POI. There are two IO guards there that are armed with Rare SMGs, an IO crate, and the driller itself which is now just sitting on the ground doing nothing. Take out the Guards then head for the small tend near the drill, and you will find a scanner inside. Interact with it to scan the nearby area and chests and enemy locations will be marked.

Players should remember that Chapter 2 finished with the island flipping over, revealing a brand new island and seemingly trapping much of the Imaginary Order’s forces on the other side. Well, they have been busy drilling through to this site, no doubt in machines invented by Slone.