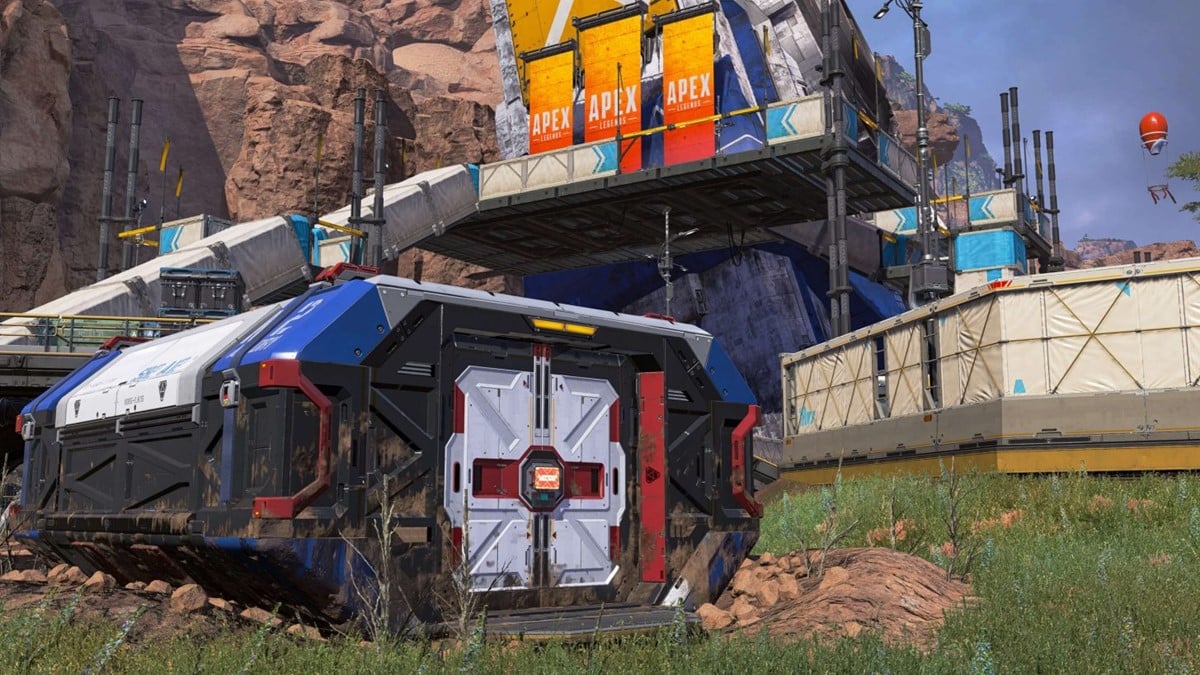 Apex Legends Season 8: Mayhem brought many changes to the long-time standing Kings Canyon map. One of those changes brought on by Maggie’s revenge-ridden rampage is that all of the old loot vaults added in Season 5 are caved in and gone. That said, there is a new set of high-tier loot micro locations called Explosive Holds.

When you have a grenade in your inventory of any kind (Arc Star, Frag Grenade, or Thermite Grenade), you can walk up to the door and hold down your interact key/button, just like when opening a vault with a key, to place a grenade inside of the door’s lock. Once you have placed the grenade, there will be an explosion, so be sure that you and your squadmates step back from the door before the explosive goes off.

Fuse will be especially useful for this strategy due to his passive ability, Grenadier. This allows him to stack grenades in stacks of two in his inventory, the way that Legends uses in the earlier seasons. This means Fuse can have enough grenades to open two Explosive Holds while only taking up a single inventory slot.

If you do arrive at an Explosive Hold grenade-less, just hope a squadmate got your back and has one in their inventory. When you do open the door, it’s also valuable to be aware of your surroundings since the explosion may bring your location to another squad’s attention. It is a good idea to preemptively plan an escape route or throw up a shield if you have a Gibraltar on your team.

An Explosive Hold can be opened from either side, but once you are inside, you can open the other door from the inside without any additional grenades or hardware, giving players in an Explosive Hold multiple escape routes should things get dicey.

An alternative way to access the high-tier loot within the Explosive Holds without using grenades is by using Loba’s Ultimate Ability: Black Market Boutique. This is where Loba’s Ultimate is extremely useful and powerful. Unlike stealing from the Loot Vaults or the Bloodhound’s Trials rewards on World’s Edge, the items in the Explosive Holds are not considered ‘Locked’.

Loba and her squad can take whatever they want from the Explosive Hold without destroying her market. As standard with the Black Market Boutique, each play on Loba’s squad, including Loba, can take two items and as much ammo as they want. Any enemies within a certain distance will see the ultimate’s ring activate on placement, which, like the initial grenade explosion in the first method, may bring your position to another squad’s attention.

Another way Loba can be utilized if you want access to everything in the Explosive Hold, and not just six items is if you don’t have a grenade, you can use her Black Market Boutique to find one, and then follow the steps from the guide above.