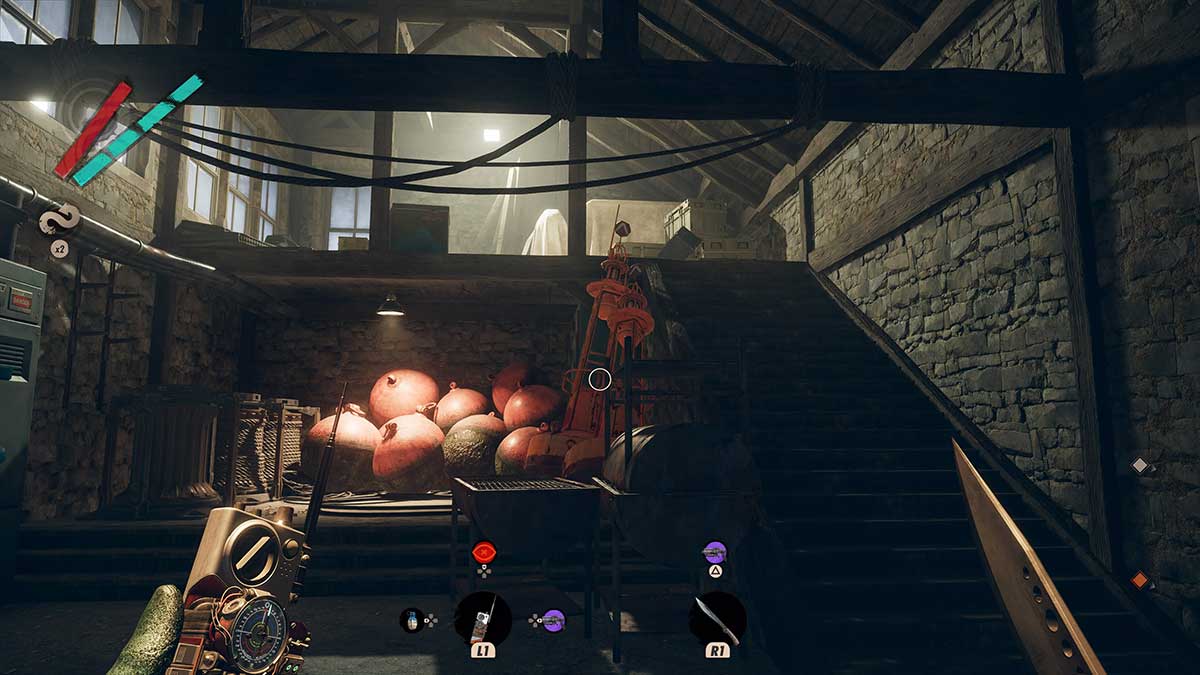 Where is the locked door?

In Karl’s Bay, the locked door with a doorbell is near the wooly mammoth. It’s behind the wall of cardboard ice to the left of it if you’re looking at the head. Move around, and you’ll find a set of double doors with a doorbell next to them. To open this door, you need to listen to the radio anywhere on Blackreef. A secret code playing on the radio will mention the sequence M13 followed by a number. For us, that number was 7, which means that the door will open by ringing the doorbell seven times, but that may be different for you.

What’s inside the door?

Behind this door is a lot of lore about the secret group of spies monitoring the Visionaries before the loop started. You’ll find notes about some of the Eternalists in the area, and one that suggests the spies turned against each other. It’s also suggested that the spy who worked here is still alive, having assimilated into the Eternalists, but so far as we can tell, there’s no way to meet her in this location.

The one piece of information that is essential for you to find is a code on a document. It will be listed as Beetlequeen’s code. Ours was 2A0, but yours will likely be different. This code is used together with two others to unlock a secret door in Fristad Rock that reveals a lot more about this group of secret spies.