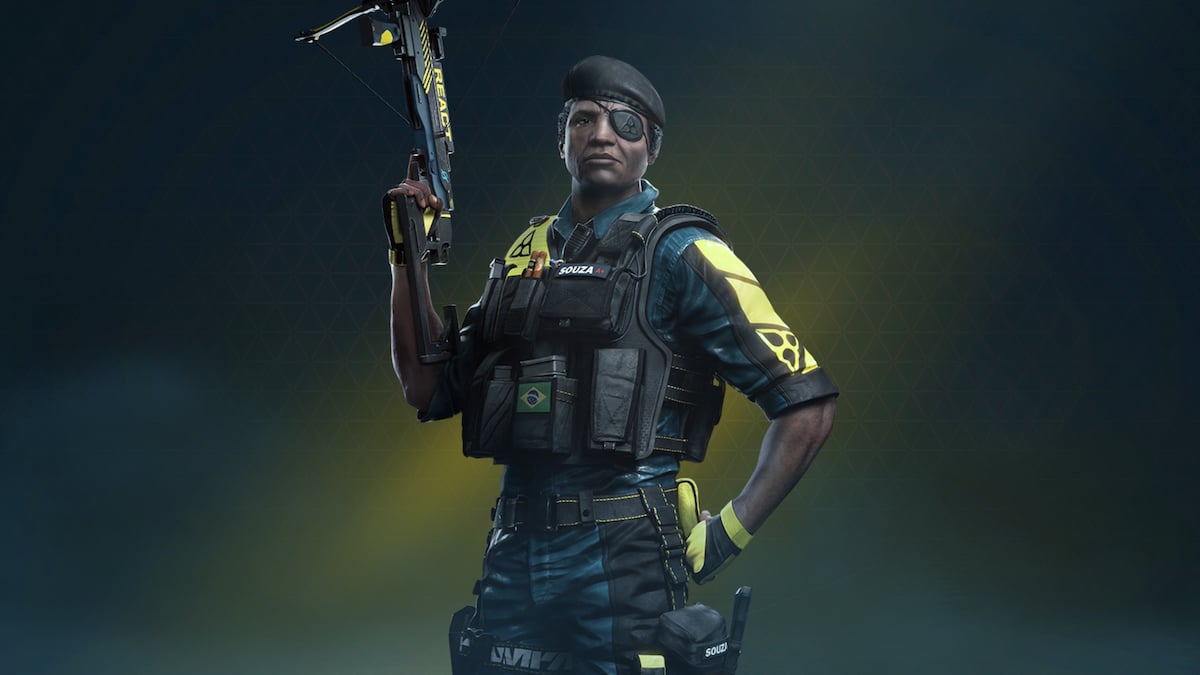 What’s better than a gun for taking out archaeans in Rainbow Six Extraction? According to Brazilian operator Capitao, it’s a crossbow. Capitao is quite similar to the operator Smoke when it comes to area denial and sustained damage but offers more precise deployment of both toxic and regular smoke. While Smoke is used for doing big damage to large groups of archaeans, Capitao excels in finding a route into the enemy’s backline, surprising the archaeans with quick burst damage, and making his escape.

Capitao has a pretty versatile weapon kit, but some weapons may fit his playstyle a little more than others. Your first weapon will be the PARA-308, a slow-shooting assault rifle with some respectable damage output. As you play Capitao more and level him up, you will unlock the M249 LMG, SPAS-15 SG, and the M12 SMG. Since your ability relies on you finding a good angle to catch the archaeans off guard, a suppressor on the M12 SMG or PARA-308 is a good choice, as the other two weapons are loud and heavy.

Capitao also comes with the PRB-92 sidearm as his only choice for a secondary weapon. This sidearm is actually quite strong when equipped with a suppressor and could allow you to equip the SPAS-15 shotgun as your primary if you want to do high damage at a close range while keeping a stealth element to your kit.

How to best use Capitao’s TAC Mk0 Crossbow

Capitao’s crossbow ability comes with two unique bolts that help you do damage and control the archaean’s every movement. The venom bolt will help you silently deploy toxic smoke to a group of archaeans or a large boss. This bolt will do a sustained 60 damage over 10 seconds. The smoke bolt is used for controlling the area around the archaeans and helping your team. If you notice a teammate go down, shoot a smoke bolt on them and quickly pick them up without the archaeans noticing you.

How to best play as Capitao

It is best to think of Capitao as a utility operator that helps his team control the extraction zone. His crossbow ability, combined with his three-speed one-armor status, allows him to get in behind archaeans and create openings for his team to push towards the objective and eliminate the enemy. At any time, you can deploy your crossbow bolts to smoke off a large group of archaeans and allow your team to progress without getting too much attention.

The key to playing Capitao well is confidence and aggression. After all, you start as a three-speed operator, so going in first and being fast about making space is essential. That being said, it’s important to not run in headfirst without a plan as you will quickly be put down due to your lack of armor. Using your crossbow strategically and communicating with your fellow operators will make any objective a breeze.