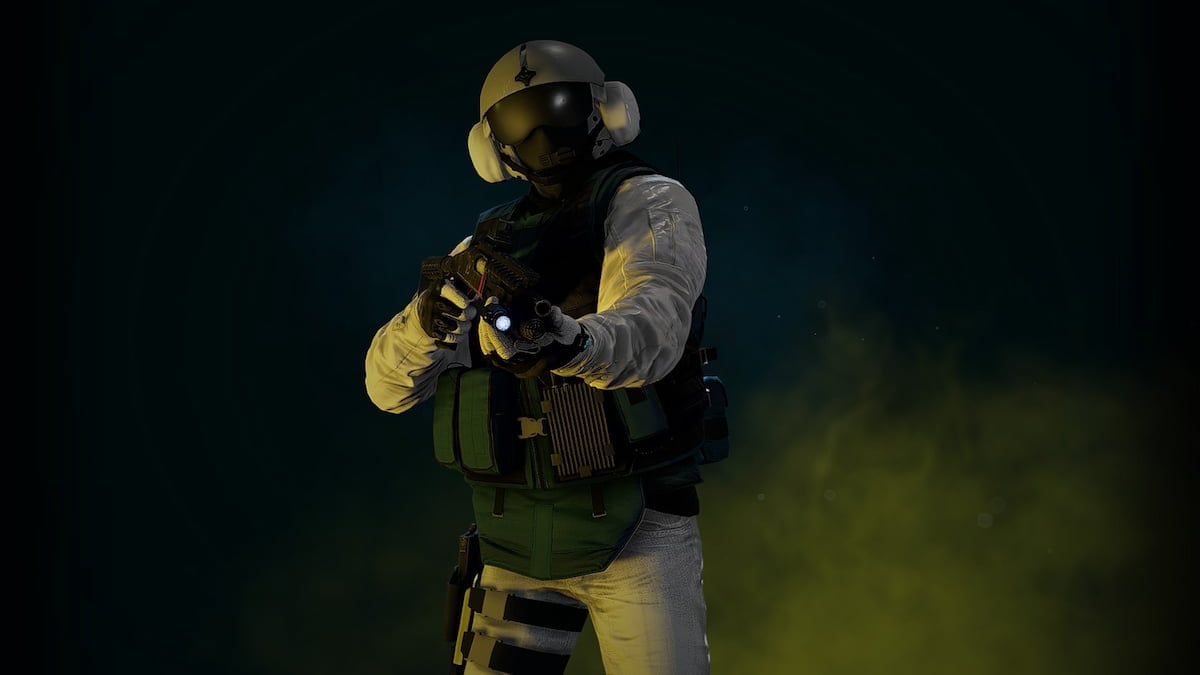 Jäger is one of the many operators you’ll have the chance to play in Rainbow Six Extraction as you attempt to take on the difficult Archæan threat. When playing as Jäger, you’ll want to stick close to your allies and ensure you let the enemy get too far away from you. The closer you are, the better your equipment and skills be in combat. This guide covers how to play as Jäger in Rainbow Six Extraction, along with his skills and abilities.

A majority of Jäger’s primary weapons will be designed for close quarters. He starts the game with an M870 pump-action shotgun. While the gun does quite a bit of damage at close range, it lacks range and does not have a massive capacity for ammunition. Alternatively, as you level up Jäger, he gain access to a MP7 submachine, a 416-C Carbine, and a 552 Commando carbine. All of these weapons are better for medium-range combat. You’ll want to refrain from sticking Jäger in the back and directly support your ally leading you through the mission.

The only secondary weapon Jäger has is the P12 pistol, which features a suppressor. You’ll want to make sure to use that while remaining stealthy if you’re using the M870 shotgun, as it does not have a suppressor.

How to best use Jäger’s Active Defense

Jäger’s ability is called Active Defense. You’ll need to take it out and attach it to a surface, such as the floor, a wall, or a desk you find during a mission. The Active Defense ability acts as a turret and features multiple rounds that it will use to take out any foes that Jäger or his team cannot eliminate. It also attacks and intercepts projectiles in the area, making it an ideal weapon to plant at specific chokepoints, preventing enemy fire from harming your team and stopping them from overrunning your position.

How to best play as Jäger

Jäger will best be utilized with his medium-range weapons and be semi-close to the front. He’s a mobile character that swaps from the backline closer to the action, but he’s going to the most good being closer to the enemies. A majority of his weapons do not work well at long-range, so he’ll need to close the distance as best as he can to ensure his shots count.

With the Active Defense ability, he can protect strategic objectives and cover any exposed areas. Although the turrets for the Active Defense ability do not last forever, they’re a reliable way to ensure everyone on the team has a few seconds of breathing room before jumping into action. The ability is also extremely good at eliminating foes within seconds of getting too close.