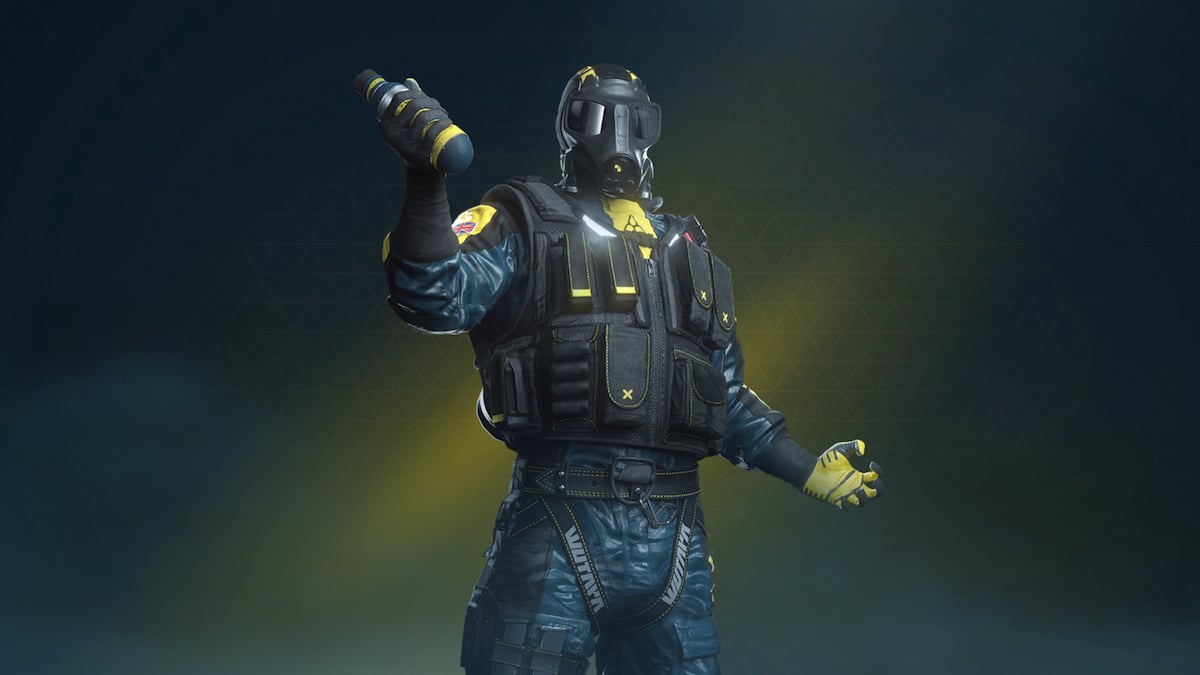 Smoke is another favorite from Rainbow Six: Siege making his triumphant return in the archaean-filled extraction zones. Smoke is always a safe bet to bring along, as his ability to do sustained damage and keep the enemies away is unlike any other in Rainbow Six: Extraction. With his Remote Gas Grenades, Smoke can do damage from anywhere and keep the archaeans from rushing your team down. Just be aware of where you throw them, as you could end up hampering your team’s movement and visibility.

Weapon choice seems to be extra important for Smoke due to their interaction with his ability. Your first weapon will be the L85A2, a tried and true assault rifle with good power at medium to long-range. As you play and level up Smoke, you will unlock access to the FMG-9 SMG, M590A1 SG, and the MP5K. Smoke is one of the operators in Extraction that you might want to consider using a shotgun with, as stunning an enemy with your ability and rushing them down with the M590A1 will inflict tons of damage.

Smoke also comes equipped with two secondaries to choose from, the P225 Mk. 25 and the SMG-11. While both of these sidearms are good choices, we recommend using the SMG-11 for some extra power at your side, especially if you plan on using a shotgun primary.

How to best use Smoke’s Remote Gas Grenades

Smoke’s Remote Gas Grenade ability is one of the best area-denial abilities in the game. When you press your gadget button, you will pull the grenade out and choose where to throw it. If you spot a large group of archaeans or a boss, we recommend throwing one of your three gas grenade charges at them as it will inflict 45 damage to all enemies in the cloud over six seconds. This gives you plenty of time to push the smoke and take the archaeans out with your primary.

How to best play as Smoke

Smoke is a two-speed two-armor operator making him a perfectly balanced pick for anyone to pick up. As Smoke, your primary goal should be to act as a space-maker for your team, clearing large groups of archaeans and allowing your teammates to push in towards the objective. You should be trying to use your Remote Gas Grenades for groups or bosses as gadget refill boxes can be hard to come by.

Smoke needs to be played aggressively to be useful, so don’t be scared to toss a Remote Gas Grenade and push towards the objective with your M590A1 shotgun to clear out large gatherings of archaeans. That said, try not to leave your team hanging, and know when it’s time for you to back up and get some help. With the right amount of aggression and team play, Smoke is a top-tier pick in the extraction zone.