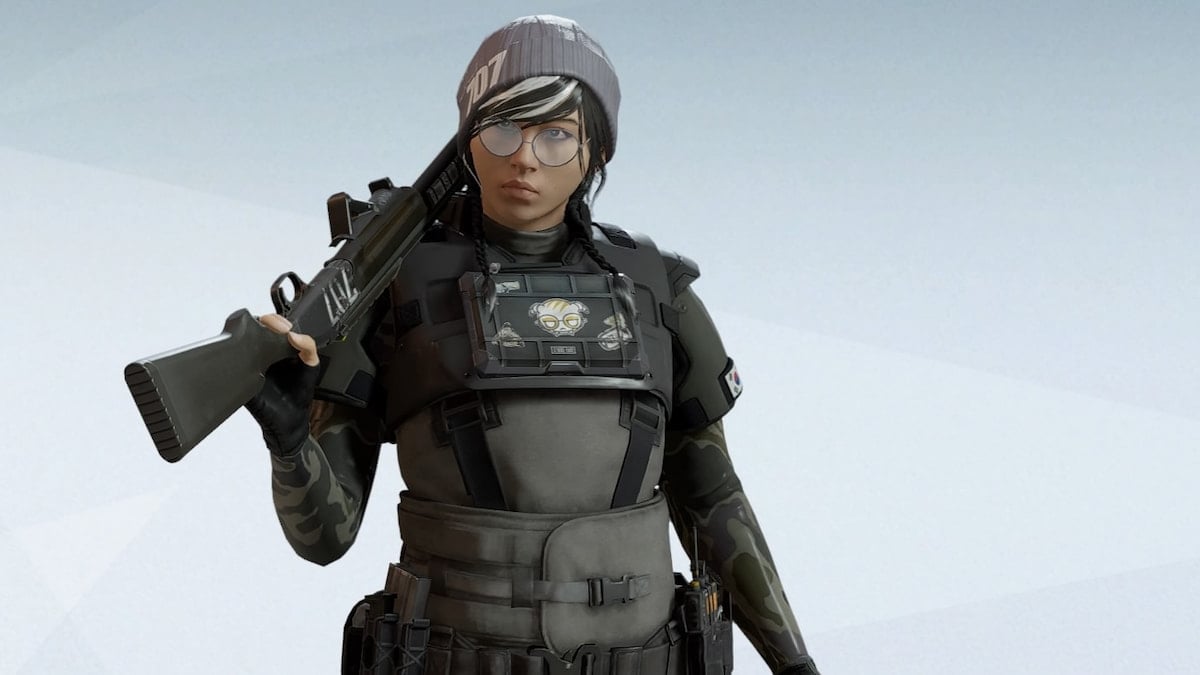 A Rainbow Six Siege operative well-worth 10,000 renown is attacking character Dokkaebi. For both veterans and beginners, the operator is fairly easy to control as her loadout is diverse enough to favor your playstyle. Better yet, there are a few significant gadgets this hacker can equip to make your matches a breeze.

Despite what its description claims, Dokkaebi’s Logic Bomb ability allows for you to hear and possibly even see enemy locations by hacking their phones. When initially activated, each opponent’s phone will ring throughout the map and offer them just five seconds to turn off the device. If the phone isn’t shut off in time, their location will be tracked via a white phone icon for the duration of the match.

You will be given only two of these Logic Bombs per round, so they’ll need to be used wisely. We advise playing conservatively and keeping yourself out of danger until about a minute left in each round. As this is when enemies will find little time on their hands to turn off their phones, that will be the perfect opportunity to drop a Logic Bomb.

In a tactical shooter such as Siege, no primary weapon makes for a better fit than the semi-auto Mk 14 EBR. With its 1.5x Scope, Muzzle Brake, and Angled Grip equipped, the one-hit eliminator should be incredibly fast to aim, but also free of all frustrating recoil. As the weapon is deadly from short and long-range, feel free to change your scope to meet your preferred magnification level.

For a secondary, we recommend the Gonne-6 handcannon as it is something your teammates won’t likely have on them. It comes packaged with just one round of ammo per game, but they do blast on impact when landing on either an opponent or breakable surface.

Best tricks for succeeding as Dokkaebi

Dokkaebi’s best tactics revolve around distracting the enemy long enough so that they cannot disarm your Logic Bomb hacks. As she is supplied with three stun grenades, throw these in potential enemy hiding spots before enacting her main ability. When stunned, opponents typically choose to flee rather than take the time to disable their phones. Thus, their location should be known to your whole team in a matter of seconds.

A popular gadget you will likely see defenders place around an objective’s floor is the Bulletproof Camera (as shown above). As any member on their team can access it and ping your teammates’ locations, destroying it should be a main priority. Luckily, as you should have the Gonne-6 in hand, this blaster is one of the few items that can disable these with a single hit.

Related: How to play Mute in Rainbow Six Siege: gadget, weapon, and more