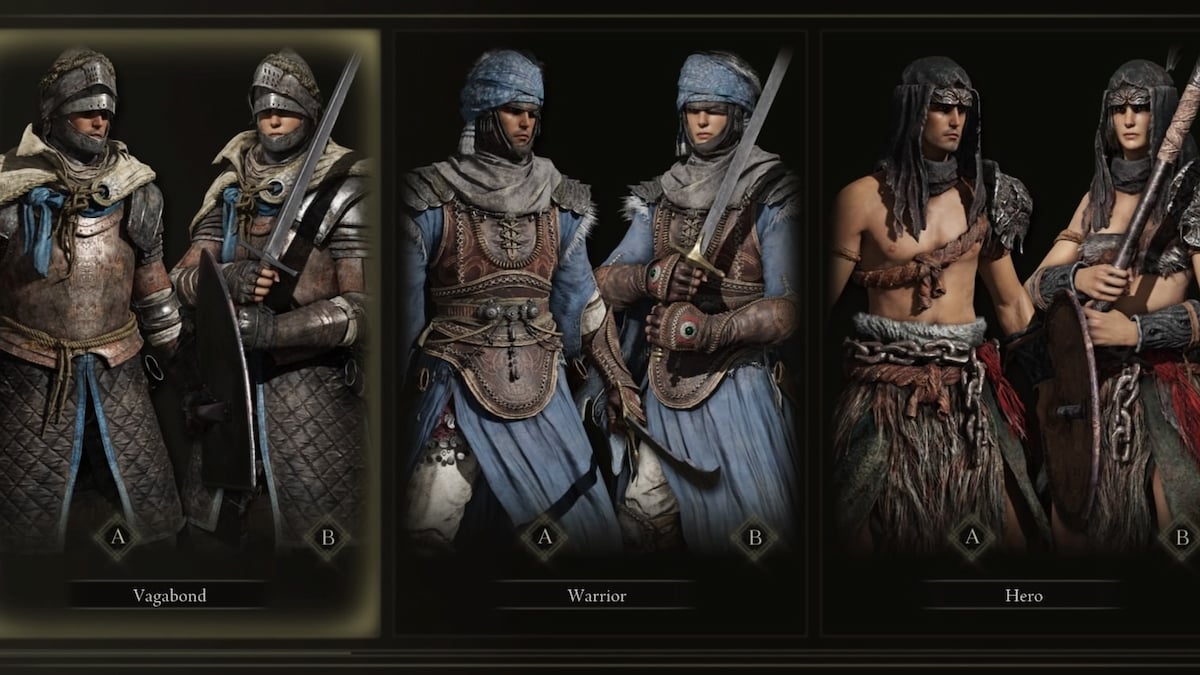 The Vagabond class in Elden Ring is another tank/strength build that focuses on dealing heavy melee damage. The Vagabond starts at level nine and has high vigor, strength, and dexterity. Its starting items include a longsword, halberd, and heater shield. There are two routes that are great for this class.

The first way you will want to take this class is to focus on your vigor and endurance so you can tank a lot of hits and increase your equipment load. Doing so will allow you to wear heavier armour and have more poise. Having greater poise means your attacks won’t be interrupted when enemies bonk you over the head with a sword. Being constantly hit by enemies will deplete your poise and allow you to be visceral attacked. If you focus on your equip load and endurance, having a greatshield with one hundred percent damage reduction will make you nigh unstoppable while you’re guarding.

The other route you can go is putting a lot of your stats into strength and becoming a dual-wielding beast. You’ll still need to spend points into endurance to have a high equipment load, or you can use the Great-Jars Arsenal talisman. Dual-wielding greatswords are your best option since they aren’t too heavy but still do tremendous damage. As soon as you make it out onto the First Step, you can run to the Gatefront Ruins, which you have to pass by in order to progress through the game, and grab the Lordsworn’s Greatsword. On your other hand, another early game greatsword is the Claymore, which you can obtain in Castle Morne; you just have to run past the mound of burning harpies and enter the first room on your right and open the chest there.

Dual-wielding is amazing for jumping attacks since you can easily use both weapons. It will require you to dodge roll out of the way straight after the attack since most bosses will quickly counterattack. This is why you’ll want to put some points into endurance because Vagabond is a very aggressive class. Dual-wielding attacks cost a lot of stamina, so more endurance will never be a bad thing.

Related: How to play the Prisoner in Elden Ring – Best Strategies and Weapons

You can buy the Knight’s Set from the Twin Maiden Husks at the Roundtable Hold if you want to get some better armour in the early game. Another great outfit is the Iron Set armour, which can be bought from the Nomadic Merchant next to the Castle Morne Rampart sit of grace. You’ll eventually want to switch these sets out for better armour in the later game once you defeat some hefty bosses.

As previously mentioned, dump your stats into vigor, strength, and endurance, find a nice big weapon or two, a good set of armour with one hundred percent damage reduction, and a powerful greatshield if you want one. Your equipment load will need to be increased regardless of how you play this build, and you can do it by levelling endurance or by using talisman slots. Your talisman slots are best used for other buffs, though.