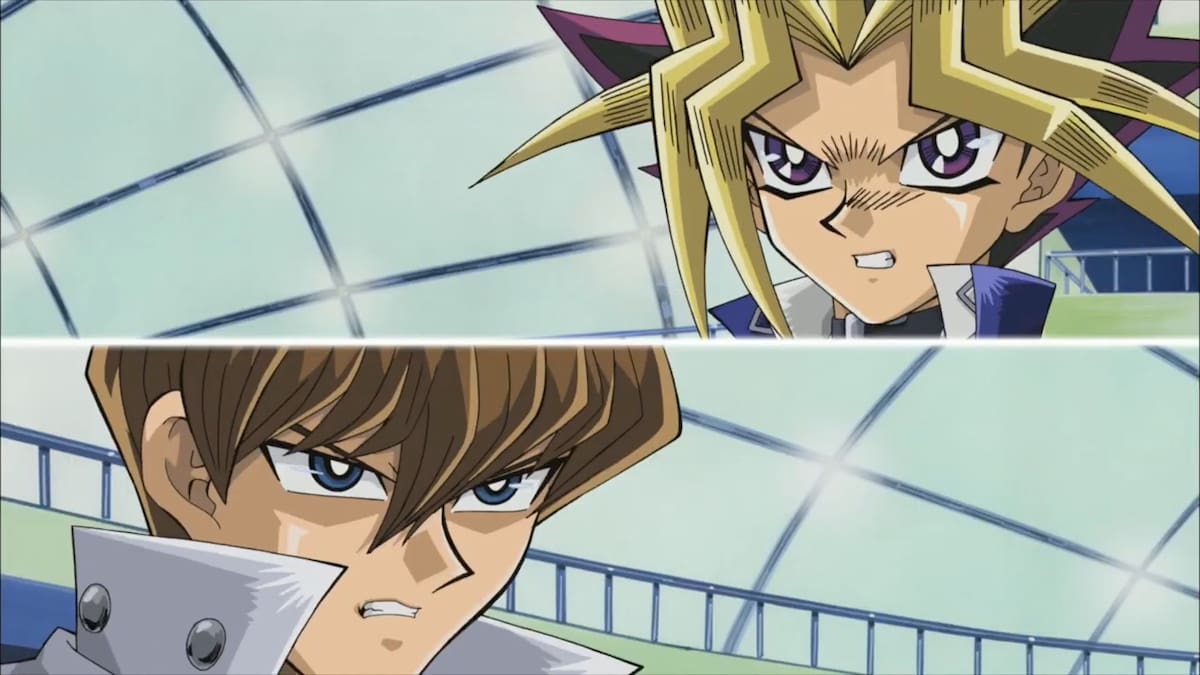 The trading card game Yu-Gi-Oh! has been around for over 20 years, and millions of people worldwide have bought cards and played the game in both casual and competitive formats for decades. If you’re a new Yu-Gi-Oh! player, getting into it can be a bit daunting. Don’t sweat it, as we will give you everything that you need to know about Yu-Gi-Oh! to help you get started.

In Yu-Gi-Oh!, the main objective is relatively simple. At the start of each traditional Yu-Gi-Oh! game, each player will start with 8000 LP. The goal is to get the opponent’s life points to 0. Do that, and you win.

There is, however, a second way to win in this card game. If a player runs out of cards in the deck, that player loses, and the opponent wins. Because of that rule, stall tactics can work in this game.

The layout of the board is relatively simple. Each player will have five monster card zones and five spots to lay down either a Spell or Trap card (this section is directly below the monster card row). To the left of these rows will be the Extra Deck, which will get to in a bit. Above that is the Field Zone section, a place where Field Cards can be placed.

To the right, players put down the main deck (right next to the Spell & Trap zone). Deck size is traditionally between 40 to 60 cards, with a maximum of three copies of each card allowed in a deck (unless that card is put on the ban or limited list). Above the deck is the Graveyard section, where destroyed monster, Spell, and Trap cards go. These cards can, however, can come back into the game with the use of either Spell/Trap cards or monster effects. Cards can also be fully removed from play, depending on card effects.

In Yu-Gi-Oh!, several phases take place in each turn. Here’s an overview of each:

Monster cards are arguably the most important part of Yu-Gi-Oh!, as these cards can pop off with crazy effects and do a lot of damage to the opposition. Each monster card has many different characteristics, so it’s important to note what each one means. At the top of the card is the name (noted in the top left), the attribute (displayed in the top right), and the level (which is right below the attribute). Here’s a brief overview of what attributes and levels are:

After reading the top of card, move to the bottom half of it. Here, you will find a card’s type, card number, attack and defense points, and description. Here’s a brief overview of what each of these are:

How to summon Monsters

However, there are additional ways to summon a monster card. Special summons can occur in some cases, depending on the monster’s card effect. As far as other summoning methods go, we’ll get to those when we go over the types of monster cards.

Let’s get back to effects for a second. Monster effects state what powers a card has on the field, in the hand, or the graveyard. These vary from card to card, so be sure to read a card’s effect carefully before throwing it out on the field.

We’ve noted that there are quite a few different kinds of monster cards in Yu-Gi-Oh!. How many are there, exactly? Let’s go over the different kinds:

Spell cards are green cards that typically range in effect, but most of them have to be activated during your turn. Spell cards can either be placed face-up or face-down in the Spell & Trap Zone.

There are many different spell cards, so let’s go over what each one is:

Trap cards will appear to be similar to Spell cards, and that’s somewhat the case. However, the big difference with Trap cards is how you can activate them. Unless otherwise noted, Trap cards must be placed and set face-down in the Spell & Trap zone.

So what kind of Trap cards are there? Let’s go over them: