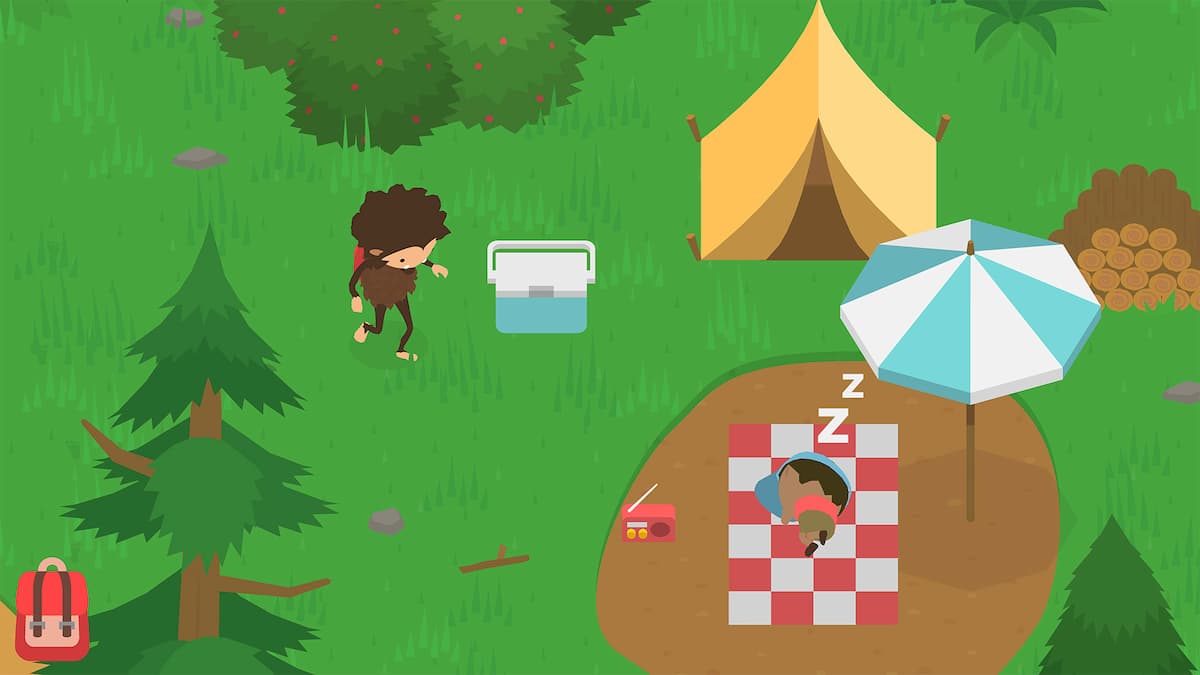 Being a sasquatch is fun, and part of the joy of Sneaky Sasquatch comes in the form of scaring the daylights out of campers. During the game, you’ll come across a fox that will offer you some coins to scare a total of four campers. Here’s a few options to terrorize them.

First, you need to make sure that while scaring the campers, you don’t get spotted by the ranger. The goal is to fill up the Ranger Danger meter, but avoid capture from the ranger before you can successfully scare the four campers.

One solution is to hide in a bush while letting a few of the campers work their way over to you. When the timing is right, jump out of the bush, remove your disguise, and watch the meter shoot up.

You could also scare campers and quickly hide inside a tent or outhouse if you notice a ranger nearby. The game doesn’t track which campers you have already scared, so you can use the same campers as victims while earning the scares you need for the fox.

If you can’t find a suitable hiding spot, just head across the river and use the hut to get the ranger off your case. They’ll never know it was you — until you return to scare them again.