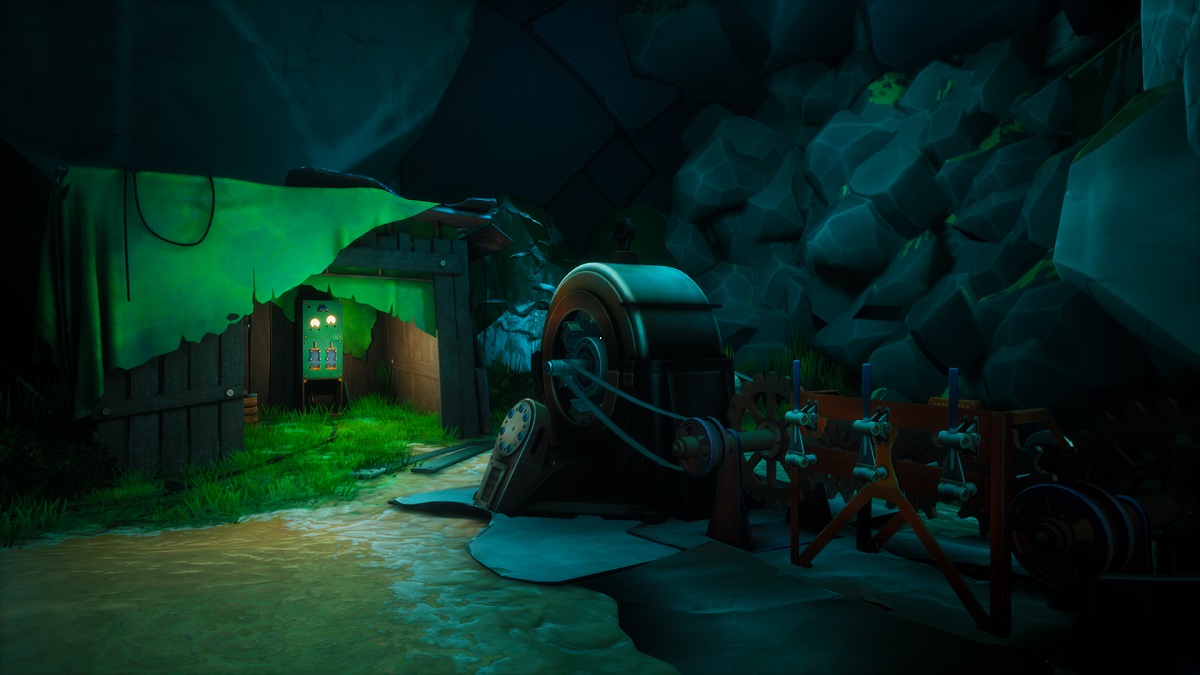 The hydroelectric generator puzzle is one of two conundrums in chapter four of Call of the Sea. It’s the first one to solve, and doing so will grant you access to the giant fish head and drum puzzle.

After you arrive at the mountain top, you are greeted by more ancient technology, which includes a homemade sound system that the Lady Shannon crew assembled and a hydroelectric generator at the back of the site. If you head to the generator, you will see that the power is off. The water wheel can’t turn as the water isn’t flowing, so you can’t generate any electricity for the sound system.

Walk through the main area and back down the stairs on your left. Take a left into a campsite that a rock slide has destroyed. You will see a giant overturned statue with a large mural on it and four diamond shaped buttons underneath. Interact with both to draw them in your journal.

There are three more statues like this, albeit with different murals, in the main area. One is next to the staircase, and the other two are on the way to the generator. Interact with their murals. The images in your journal are drawn in a specific order. The diamond symbol on each mural corresponds to a particular button you must press on each statue. The order is as follows:

If done correctly, an in-game cutscene will show rocks move to allow the water to flow. Head back to the generator and the water will be powering the wheel.

Head to the back of the generator’s cogs. Press the yellow button three times to turn the gray circles 270 degrees. Walk around to the levers in front of the cogs. Pull the right lever to move the right cog into position. Repeat the three yellow button presses and level pulls for the middle and left cogs to align them.

Finally, look at the button contraption for the turbine. All of the lights need to be lit so that all the wired attachments are coupled to the turbine.

Each button can turn other buttons on and off, so you will need to play around with them until they are all lit. Once they are, pull the two levers at the power terminal to bring it online.