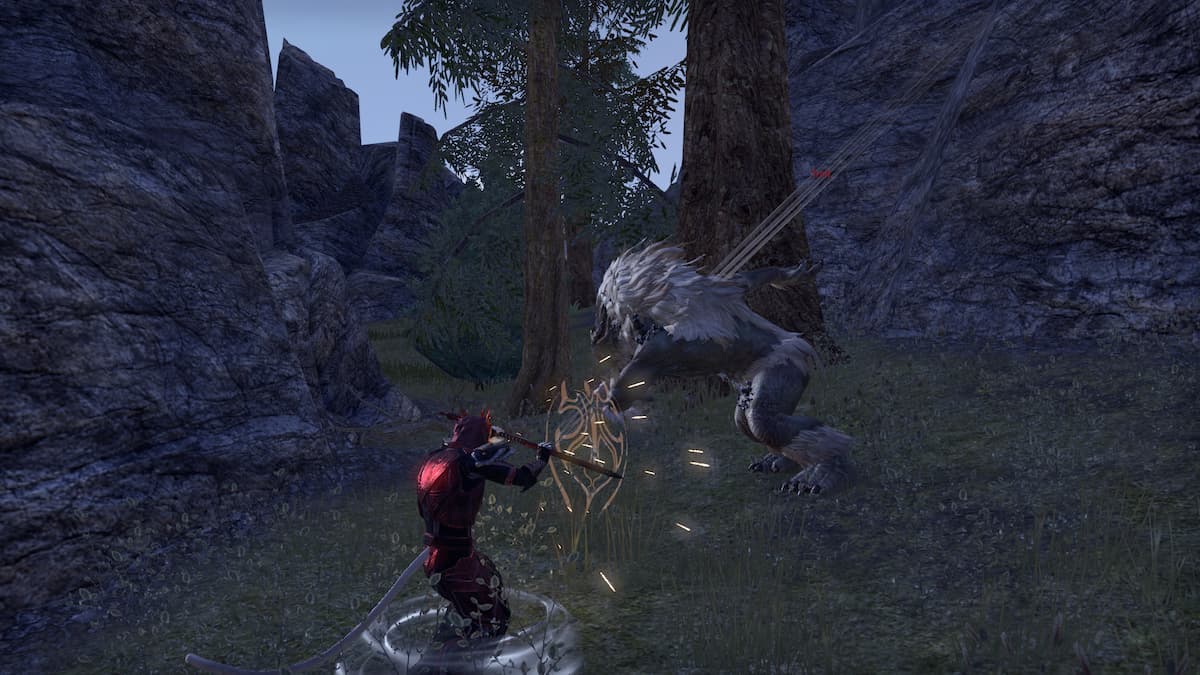 Elder Scrolls Online is a unique MMO in many ways, but perhaps its uniqueness is the lack of vertical progression. Once you hit level 50 and Champion Point 160, all gear drops stop scaling — you have hit the proverbial numbers ceiling. That’s not to say that there isn’t any progression, as the more Champion Points you get (up to 3600,) the stronger you become. But it does beg the question — how to start gearing for endgame content?

As mentioned, ESO features horizontal progression for gear. There are a plethora of gear sets that all do different things and can be better in some situations but worse in others. For Magicka DPS, as an example, there are several sets that can be worth investing in: the Mother’s Sorrow set gives a massive amount of critical chance, while the Magnus’ Gift set adds a chance to negate spell cost.

There are too many sets to list in one article, but an excellent resource is ESO Sets. This allows you to sort by your preferred armor weight and browse the various effects provided by sets. Once you’ve determined which set you want, the next step is finding out how to acquire it.

Some sets are craftable but require you to purchase the resources and find someone willing to craft it for you — or buy directly from Guild Traders. This can cost a fair amount, and your beginning set should only be Epic quality at max. Legendary materials are costly, and you will eventually replace this gear with your truly final set, which will likely drop from Trials or Veteran Dungeons. For example, an Epic quality Inferno Staff of Julianos, a great starting weapon for Magicka DPS, can cost around 12,000 gold. Browse the Guild Traders or Tamriel Trade Centre for deals before committing to a purchase.

Some sets can be acquired through dungeons. Remember that these items can drop from anything inside the dungeon — Bosses, regular enemies, and chests. You will always have two chest spawns in a dungeon, so it’s important to keep an eye out for them if you are hunting specific gear pieces.

Finally, some sets can be acquired from specific zones. Mother’s Sorrow is an example of these “overland” sets, dropping from events in the Deshaan region. Overland sets follow a series of rules:

In zones without Public Dungeons, you can find those drops from other sources listed above.

Generally, you want to mix two full sets of 5-piece or 4-piece benefits with another 2-piece bonus. If you are a Magicka user, you generally want light armor, while Stamina users will generally want Medium or Heavy armor. This isn’t a hard and fast rule, though — always double-check the set bonuses to see if they apply for your build.