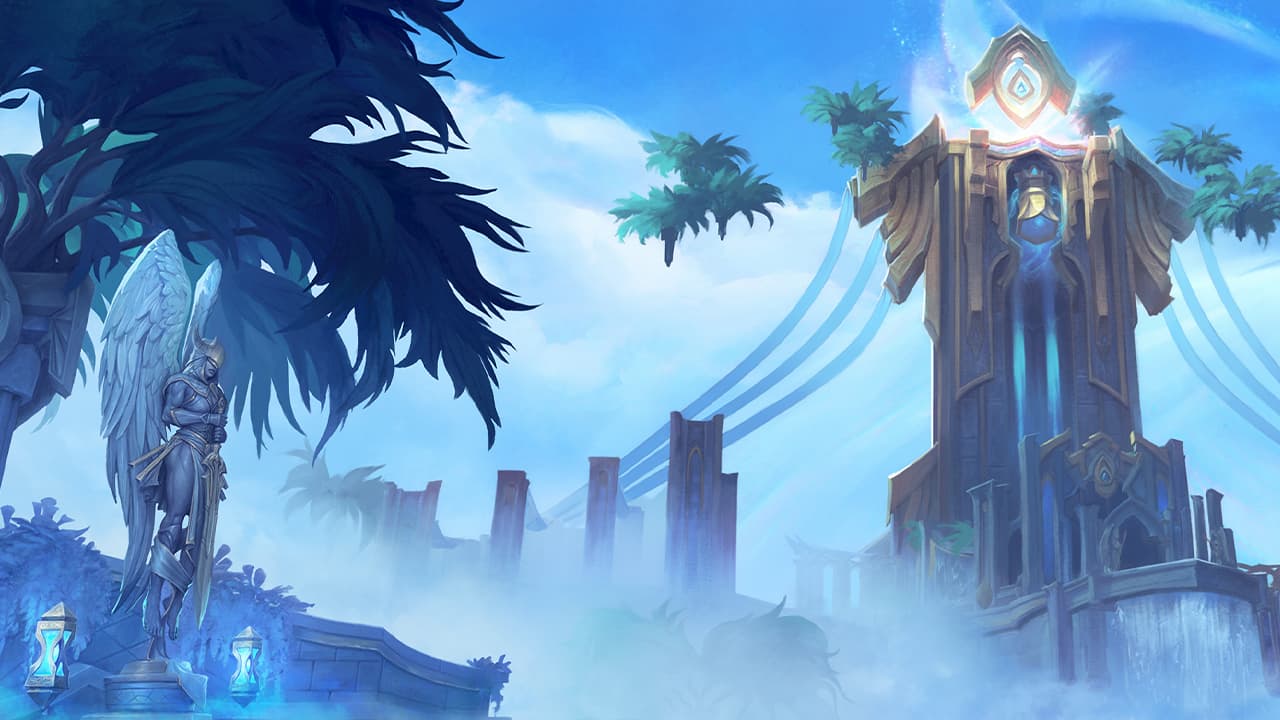 Opening the Steward’s Golden Chest in World of Warcraft: Shadowlands will send you all over Bastion. On certain days, you will need to find a steward named Platnos, who behaves a little differently than your average NPC.

Follow your map to Platnos’ location at 60.6, 61.8, after you obtain your Ripe Purian. It won’t be as simple as turning in the fruit to him, as Platnos is afraid of just about everything that isn’t you. You’ll need to completely eliminate any threat in the surrounding area, so clear the map of any mobs that you can see.

Platnos’ fear doesn’t end with enemy units. If you have anything at your side, whether it’s a pet or a trainee, you’ll need to put it away before you can talk to Platnos. If you have to get rid of your trainee, it will reappear several seconds after you move away from the area.

If Platnos does get scared by something, you might have to hang out for a few minutes until another opportunity to speak to him. This may require waiting for another mob to spawn in front of him so that you can kill it and convince him that everything is okay. He’ll part with the key and you can head back to Elios and the golden chest.