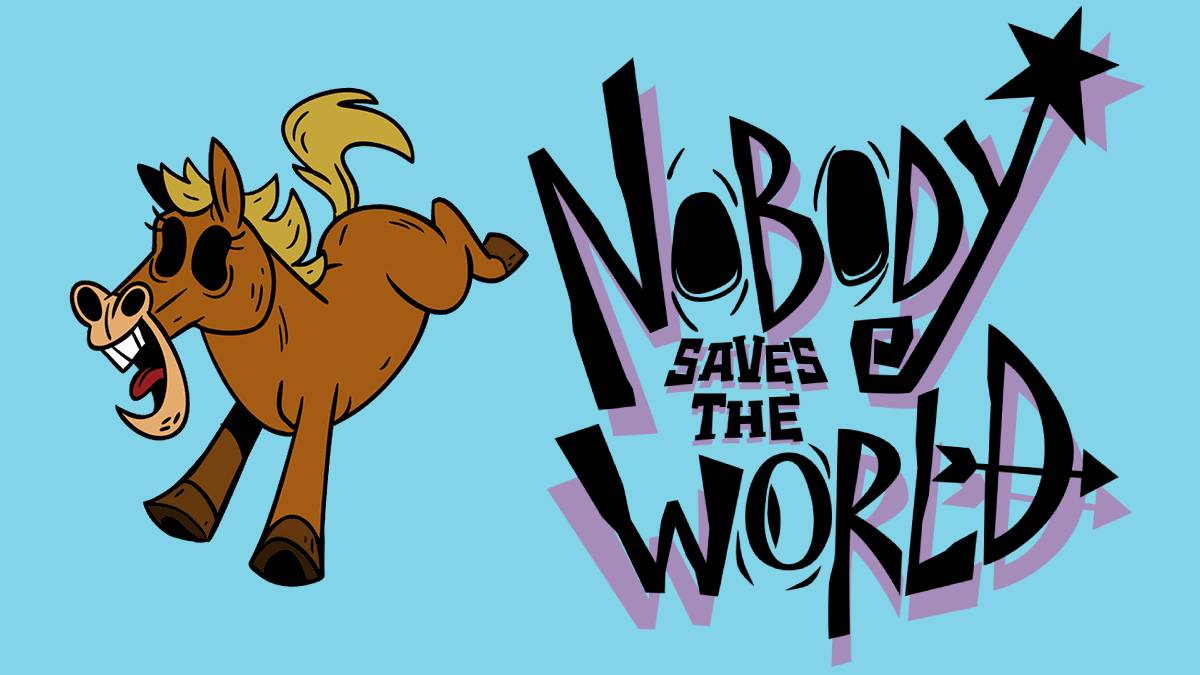 The forms players can choose from in Nobody Saves the World range from the fantastical to the mundane, and the Horse seems to fall into the normal camp at first until you familiarize yourself with her capabilities. This equestrian champion is available in the early hours of the game but stays relevant throughout your adventure with powerful attacks that literally stamp out baddies and speedy movement that makes her useful for traversing the expansive overworld.

Players unlock the Horse after reaching C-rank with the Guard, as one of the first branches on the left side of the character unlock tree. Her Signature Attack is Kick Back, a melee attack that requires you to reverse yourself into enemies. Successful attacks with Kick Back hit enemies with Blunt/Impact damage by knocking them into walls or each other while also giving you a refill on Mana to boot.

The Horse is a good character to try when familiarizing yourself with strafing in Nobody Saves the World, since keeping track of which direction you’re facing while moving is a must for the Horse’s particular style of combat.

The Horse also comes equipped with the Horsepower passive perk, which restores extra Mana to you when using your Signature Attack to break objects. Destructive behavior is encouraged when using the Horse and this perk on your other forms. As long as there’s stuff to smash, you should never run out of Mana with Horsepower on deck.

Reaching C-rank with the Horse grants you Gallop, a held attack that boosts your movement speed and knockback distance to let you barrel through waves of enemies. You can use Gallop to get yourself into or out of crowded situations quickly, and it’s a great traversal tool as well.

Horse’s default abilities make her a champ at taking down foes up close with Blunt damage. Builds with the Horse should focus on both strengthening her specialties with passive perks like Strongman (unlockable from the Bodybuilder) and giving yourself extra damage types through your additional active and passive slots.