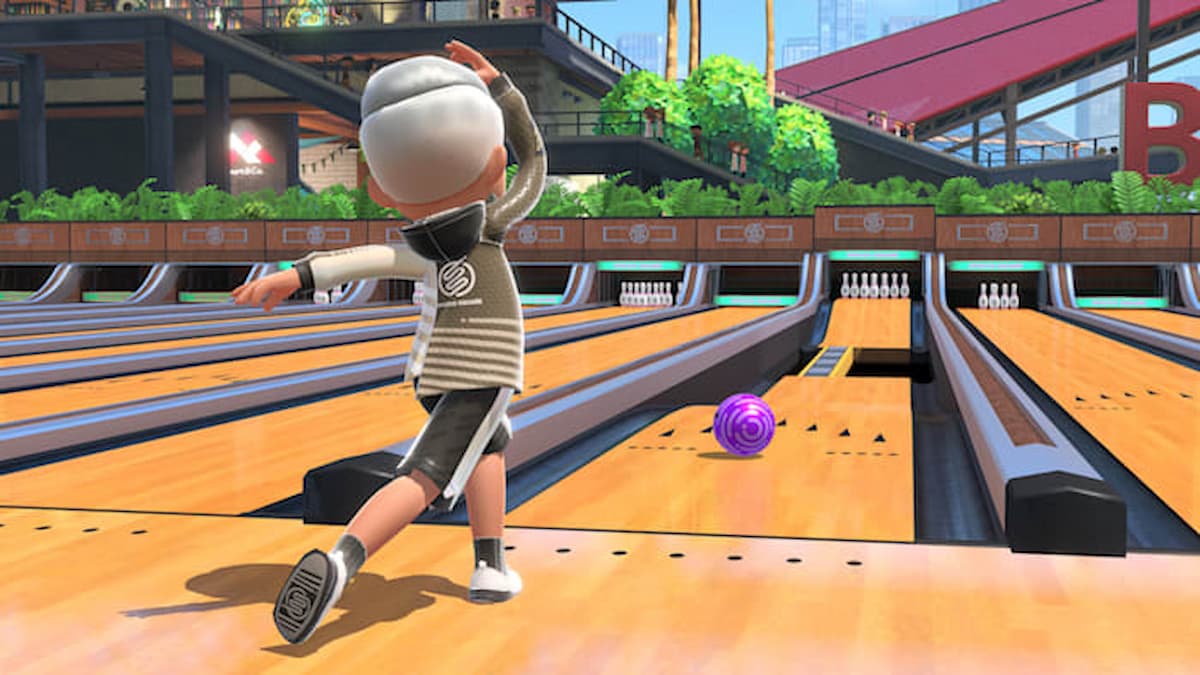 But, how can you get better at bowling in Nintendo Switch Sport? Let’s go over the controls, plus some tips that should help out on the lanes.

The controls are pretty simple. In order to throw the bowling ball, hold down ZL. Then, pull it down and back. And then, while holding the Joy-Con, push it forward, much like you would with a regular bowling ball. Additionally, players can use these controls to help get a finer touch:

Now, here are some tips that might come in handy when playing bowling in Nintendo Switch Sports:

Watch how you throw the ball

One thing you might notice when rolling the bowling ball is that it might croak to either the left, or the right, of the top-center pin. This really isn’t ideal, as not pushing the ball towards the middle could lead to not taking out the pins in the center or the other side of the lane.

However, one thing that could take care of this is to move your character, in alignment with one’s natural throwing motion. For example, if you feel comfortable with moving the Joy-Con in a certain way, and the ball moves, for example, to the right of the center, here’s what you can do. Move your Switch Sports player to the left, to compensate for that.

Where to line up a shot

It might be tempting to line up the shot right down the middle, and hit the top-center pin right on the nose. However, that plan might cost you some pins. While this strategy will most likely yield you seven or eight pins a pop, it won’t get you that coveted strike in most cases.

How to handle those 7-10 splits

Now, let’s talk about the splits, namely the 7-10 split. A 7-10 split is when three pins remain standing. But, the pins are not standing next to each other. Instead, two pins will remain on one side of the pin. while the third sits on the other end.

Knocking down the remaining three, in these situations, can be tricky. In order to give yourself the best chance of taking down the last three pins in Nintendo Switch Sports, line up right where the two pins are. Set up by the outer pin, and move as close to the gutter as possible. This will give you the chance to hit that outer pin on the outside. Throw the ball in a straight line, with no hook.

If you do that, the main objective from here will be for the ball to connect with the two pins and have one of the pins knocked over to the other side and have its momentum take out the lonely pin on the other side. This might fail in some situations, but these steps will help.