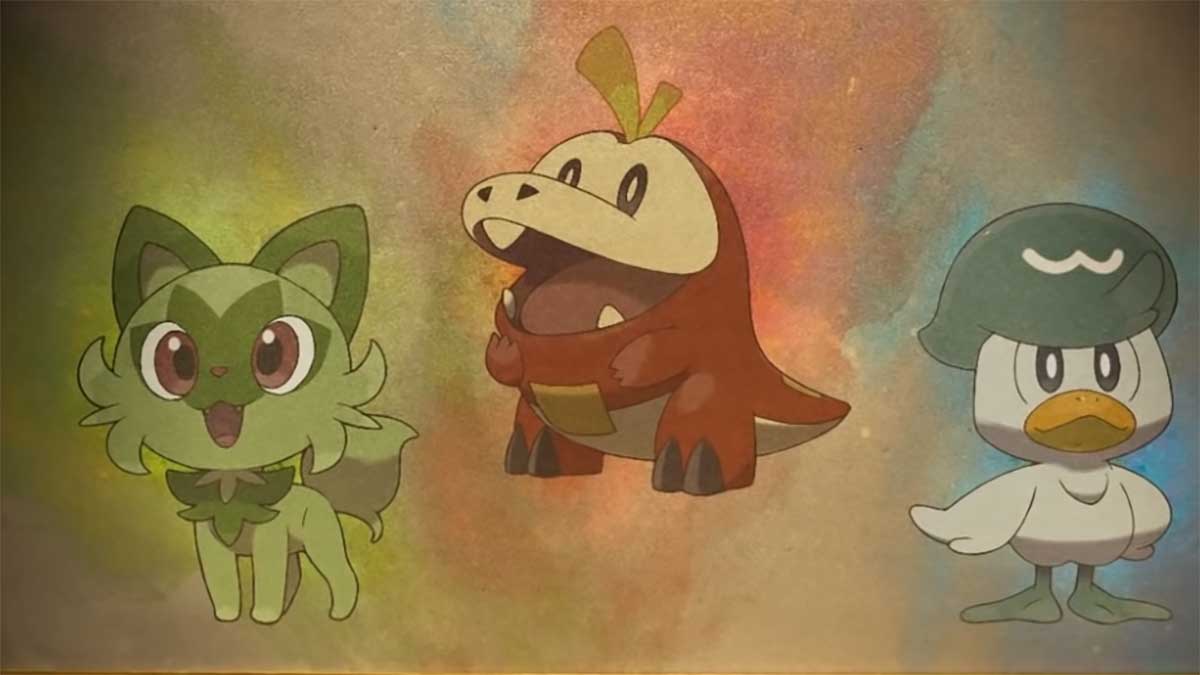 Screenshot via The Pokémon Company

Leading up to the release of Pokémon Scarlet and Violet, several leaks have already been happening regarding the regional Pokémon that could be appearing in the game. One notable leak si the Fuecoco evolution leak, which references Cocollona, a mythical creature that the leak is based on. Is the Fuecoco evolution leak for Pokémon Scarlet and Violet real or fake?

From what we can tell, many of the leaks regarding Fuecoco appear to be fake and have no validation by Game Freak. Fuecoco, one of the three starting Pokémon you’ll be able to select, is the small Fire-type dinosaur-like option. At the start of the game, you’ll have the chance to choose this Pokémon as a partner to take with you without the rest of Pokémon Scarlet and Violet, eventually evolving it into a unique form.

However, many players lean towards Cocollona as the initial design choice for Fuecoco’s final evolution, hoping it will be a Fire and Ghost-type. Unfortunately, with no actual evidence provided by Game Freak for these final choices, we won’t know until closer to the actual release. The multiple speculation images and concept arts of what Fuecoco have already poured over the internet. Outside of hopes, though, these images are not supported or offer any validation by Game Freak.

Fuecoco looks like a small Fire-type dragon or a crocodile, but its final evolution remains up in the air. What many fans are hoping, though, is that Fuecoco does not receive the same treatment multiple Fire-type starting Pokémon have received in the past, where it becomes a Fire and Fighting-type.

The concept of Fire and Fighting-type has been used by multiple starting Fire-type Pokémon multiple times through mainline Pokémon games. A unique twist, similar to Typhlosion’s Pokémon Arceus Hisuian evolution turning into a Fire and Ghost-type, made it a standout from that series and a twist we’d like to see repeated.