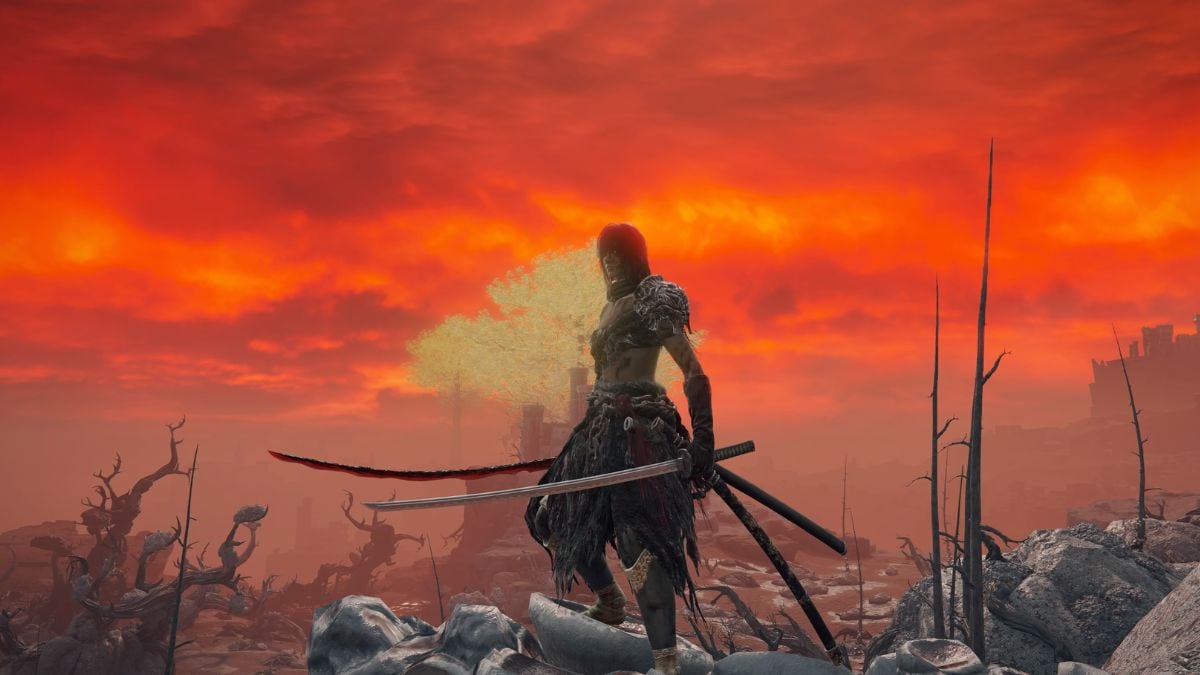 Whether you watch too much anime or are just looking for the best class of weapon in Elden Ring that offer a good combination of slashing and thrusting damage, Katanas might just be the thing you’re looking for.

Regardless of how much Rurouni Kenshin you’ve seen, most people who play Elden Ring will at some point probably find themselves using a Katana, even if only as a back up weapon to dish out some damage. Even if it’s just the Samurai class’ starting weapon (the Uchigatana, which can easily be found in the Deathtouched Catacombs in Limgrave,) Katanas in Elden Ring are an ideal slashing and thrusting weapon given that the move-set is slightly faster than their contemporaries in the other sword categories, and many of them have the added benefit of providing Bleed damage which can greatly aid in felling enemies who still have blood in them.

Comparing pound-per-pound damage output, some of the other sword classes may put out more damage, but the Katana class will always fair slightly better off on paper and in the game due to the speed of their move-sets relative to how much damage is dealt by each attack. Including being able deal both thrusting and slashing damage making the Katana more viable in more encounters, most of the Katanas also have a specific skill which are often both stylistically pleasing and useful in combat.

While finding a katana early on might be easy, here are some of the harder to find and more unique entries in this weapon class:

Hand of Malenia: Familiar to any Elden Ring player who has attempted to 1v1 Malenia, the Hand of Malenia can be found after facing off against Malenia herself and turning over her Remembrance to Enia at the Roundtable Hold. Aside from the blade’s notably high Dexterity Requirement of 48, the most notable thing about the Hand of Malenia is it’s weapon skill, Waterfowl Dance, which lunges its wielder into the air to perform a series of cuts.

Meteoric Ore Blade: Rather you’re going for a meteor mage build, or just have the Intelligence stat required to wield it, the Meteoric Ore Blade is a perfect weapon for anyone looking for the Katana skill with a side of gravity magic. The Meteoric Ore Blade itself can be found tucked away in the Caelid Waypoint Ruins. Requiring 15 Strength, 14 Dexterity, and 18 Intelligence to wield, the Ore Blade is particularly useful due its skill, Gravitas, which creates a gravitational well pulling enemies towards its caster and a unique heavy downward slash that staggers most enemies.

Nagakiba: The longest boy amongst the Katanas, the Nagakiba is a long Katana with a base bleed damage of 45, which can be boosted with Ashes of War. Aside from Bloodloss Buildup, the Nagakiba is also notable for its heavy thrusting attack which covers more range due to the blade’s size. Aside from requiring 18 Strength and 22 Dexterity, the Nagakiba itself can be obtained through the Bloody Finger Hunter Yura’s questline.

Rivers of Blood: It’s the Katana that everyone knows, Rivers of Blood is a Bloodloss specialty Katana that deals 52 Bloodloss buildup and uses the blood slinging skill Corpse Piler. Aside from having 12 Strength, 18 Dexterity, and 20 Arcane requirements, potential Rivers of Blood wielders will also have to face off against the Bloody Finger Okina.