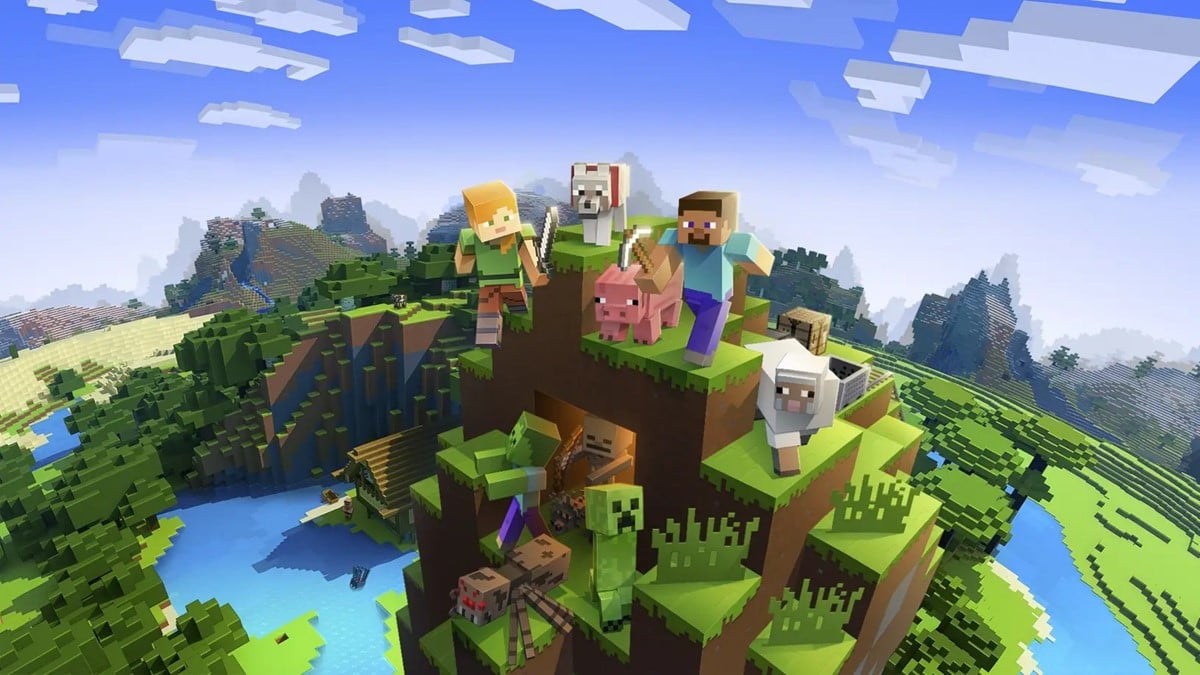 There are a lot of servers available for Minecraft multiplayer. Each one is a unique experience that allows players to join a community and make friends. Dozens of websites list hundreds of pages of servers that anyone can join with an internet connection. There is a server for just about every kind of gameplay and community imaginable.

This list provides ten of the best and most popular servers currently running for Minecraft multiplayer. We have picked out unique servers for the game and give players lots of freedom to play and explore. These servers have thriving communities that anyone can join and have commonsense rules that need to be followed to play.

Mineplex is not as popular as it once was; however, it is still a reasonably active server where many players venture regularly. The server offers a plethora of games to the users, and there is always something new to try. Interested players can try Mineplex on Bedrock or Java.

Ever wanted Minecraft to be transformed entirely into a fantasy MMORPG? Grinding, dungeons, resource gathering, stories, NPCs, and quests. Team up with friends in guilds, fight bosses, and explore a grand universe of fantastical towns, cities, and more. The server is structured in the style of a giant adventure map and will not have much building. You can, however, choose your class and craft your gear and weapons.

Hypixel is steadily going to make it on just about every top 10 list out there, and for a good reason. Although the average player count for the sever has dropped over time, it is still one of the biggest servers. In general, Minecraft servers that are active have somewhere between 300 and 9,000 players online at a time. Hypixel is the only server that regularly has five digits of players online. Play many different games like BedWars, SkyWars, VampireZ, Paintball Warfare, and an arcade full of smaller minigames. You will never be bored on this server, and it almost stands on its own as its own game.

Complex Gaming is a true hub for Pixelmon, the Pokémon-inspired Minecraft mod. They have subsects of the server inspired by several Pokémon games, from Pokémon Red through Pokémon Platinum. To play Pixelmon, you will be to have the Pixelmon mod for Minecraft. That said, unlike most Pixelmon servers, there are a bunch of other game modes on the server that do not requires players to install any mods, like the standard Skyblock, Survival, Factions, Creative, and Prison.

Originally known as ‘The Mining Dead,’ Havoc MC is the server to go to if you want to find yourself in the middle of a zombie apocalypse survival game. Their game based on the AMC television show The Walking Dead is the main draw to the server. It has PvE, but you can also choose to team up with friends or fight other players in PvP. It is not the only game on there anymore (thus the renaming). There is now Towny and Warzone, and two more games are coming soon: Mine Wars (a Star Wars inspired game currently in exclusive beta to premium members) and Craft Theft Auto.

When two of the most popular games come together, it results in pure enjoyment. Although there is an exclusive game mode revolving around the original Among Us game on this server, there are other mini-games to keep you occupied.

If you are looking for a solid, extremely active minigame server, The Hive is the server for you. This server has been around since early 2013 and has since remained a low-key staple of online Minecraft play. It has remained up-to-date and active all of this time, and they are constantly updating features and adding new games like BedWars, BlockParty, and Hide and Seek.

This server also has the Bukkit plugin featuring the Meowball. You can use a customized Blaze Rod called a FunGun that shoots snowballs that explode into flames, and hearts will have the ‘meow’ sound effect on impact known as Meowballs. While it’s not hard to install meowballs on your server, this is the biggest server that allows it for all players. Throw them in the air, at your friends, or anywhere you want to in the main server hub. The Java version of the server recently closed down, but players can still enjoy its bedrock edition.

Ever wish that Minecraft was a tower defense game? You can explore what that would look like on the Fallen Kingdom Minecraft server. Inspired by the Fallen Kingdom universe, created by popular YouTuber Jordan Maron (CaptainSparklez), this server allows you to choose your kingdom’s colors and build different raid paths. One downside is that you have to decide whether you are a King or a Queen, making it both unwelcome to nonbinary players and awkward for players who may share an account with a person or people of different genders. Hopefully, a third ‘Royal’ option will be added in the future, but the game itself is well made and a lot of fun. The lower player count isn’t a worry either, since the entire server is just one game.

If you are looking for a bigger, active server, but Hypixel is too much for you, Cubecraft is a fantastic alternative. Its custom texture pack has slick designs for the lobby, and all the game modes can be selected from a section reminiscent of a retro game arcade. It features games like Lucky Islands, CTF, and its own original take on the Among Us/hidden role style game called Among Slimes. Note that this game mode is unique to CubeCraft, different than the Imposter game on MineVille. This server is usually in the top 5 most active servers in the world.

At a glance, ManaCube may seem like another rather active minigame server, but its biggest pull by far is actually its Parkour. Its Parkour section alone, on average, has around 750 players in it, as active as some other servers are as a whole. There are over 1000 Parkour courses varying from easy maps to near impossible ones. Only 42 maps are VIP only, and the server also has Dropper, which falls into a similar category. The one downside to ManaCube is it can be glitchy at times, more so than the rest of the servers on this list. That said, the content within was too good to pass up.