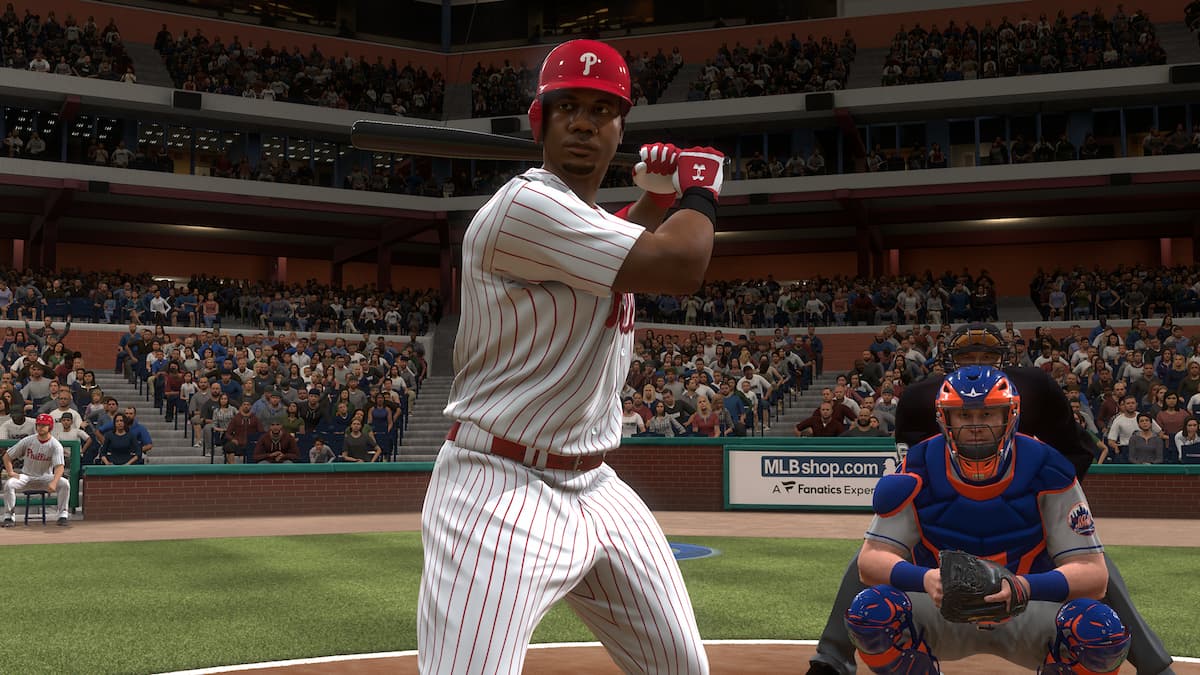 MLB The Show relies on rotating content to keep Diamond Dynasty fresh. Events are 3-inning games that require you to bring a different lineup into the game. We’re here to walk you through one of the most popular events in MLB The Show: the Moonshot event.

As the name implies, Moonshot is all about one thing: celebrating power swingers by smacking the ball around. Thankfully, that will be fairly easy to do since you are limited to using only common pitchers with 64 OVR and are free to use any hitter in the game. This event, more than any other, will be a test of hitting skills. Instead of wondering if you can score runs, you’ll have to hope you can score even more than your opponent.

On the hitting side, you want to look for players that have power or contact above the 100 mark. Filling your lineup with these players will give you the highest chance of getting a home run when you hit the ball. As a hitter, it’s important to not get overconfident. Yes, you have an amazing chance to hit well or score a home run, but this is still baseball, and nothing is a sure thing. Make sure you’re still waiting on pitches you’re ready for and don’t chase things you can’t reach. Ideally, you’re using Face of the Franchise cards like Ronald Acuna Jr., Mitch Hanigar, and Carson Kelly when facing left-handers. When facing right-handers, Mike Trout, Rafel Devers, and Joey Votto all get over 100 in a stat. Obviously, if you have top-tier cards like Awards Series Frank Thomas, he’ll do well against either hand.

As a pitcher, it’s important to remember to stay calm and to use good pitching etiquette. Perhaps the most important thing to remember is to make sure your breaking balls are nowhere near the zone, as most of them will probably be launched into the stratosphere. Your best bet is to try to jam the hitter as best you can, trying to alternate high and low on the inside corners of the strike zone in one at-bat. Go to the outside the next at-bat. Keeping the ball away from a hitter who is hyped up to hit a home run is key. Take advantage of the fact that most players will be eager to swing and use your first few pitches to test how far outside the zone they go.

The key stat for pitchers in this event is HR/9, and as it turns out, only two starting pitchers who are eligible for this event also have over 70 HR/9. Free-agent starter Khol Stewart and Pirates starter Mitch Keller. Thankfully, good HR/9 is more common among relievers, and that’s shown in Rangers relief pitcher Brett Martin. He may be the best all-around pitcher eligible for this event, with Nationals pitcher Steve Cishek not far behind. To round out the suggestions, free-agent reliever Jesse Hahn has a whopping 86 HR/9, but his control suffers greatly at only 43. Using all these suggestions won’t make the event easy, but it should give you some peace of mind so you can focus on making good pitches. In terms of rewards, Moonshot is fairly standard albeit truncated. The bottom line is you have until Monday to get 30 wins. Here’s a look a the full list: