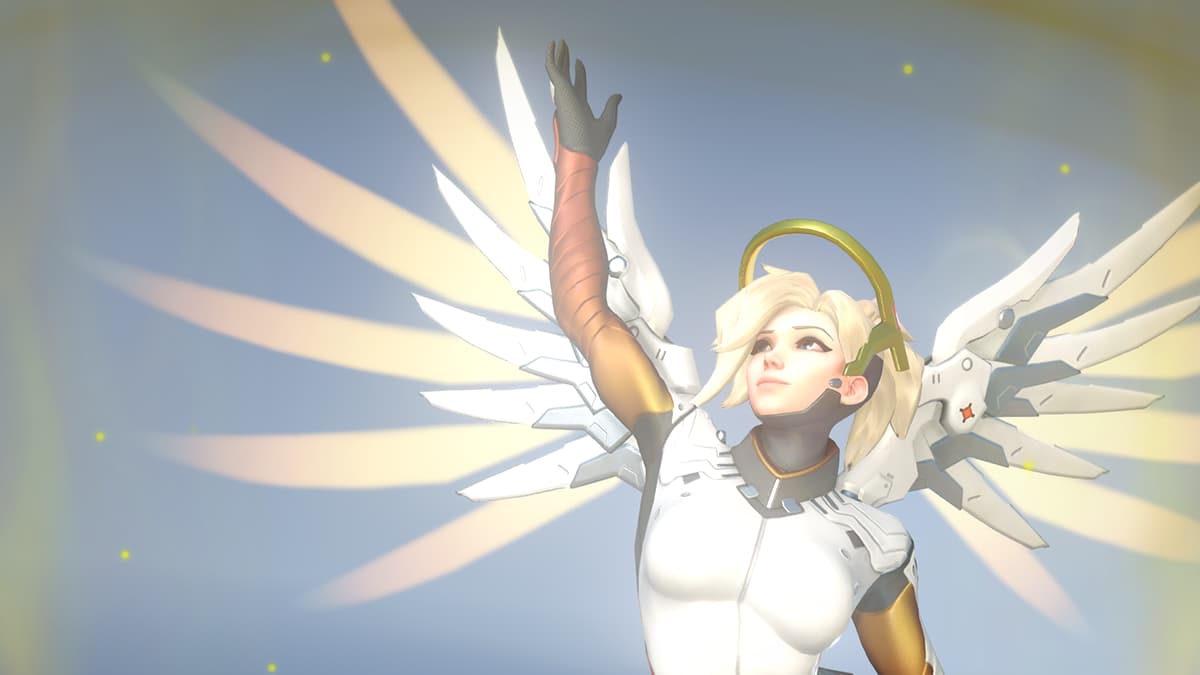 In Overwatch’s Support role, there is no character talked about more than Mercy. The guardian angel of the game, Mercy is very popular for her easy-to-understand controls and can have a big impact on whatever team she is on. Here is a breakdown of everything you should know about Mercy going into Overwatch 2.

How to play Mercy

Mercy is about as big of a Support hero as you will find in any game. While she has a pistol that she can pull out to defend herself, her main use is healing and damage boosting her teammates to give them the advantage in battles. When someone falls, she is the only character in the game who can bring them back, which can be a massive turn of events for your team.

While some people get stuck on supporting one person on their team, Mercy is best used when she can bounce between teammates quickly and heal them if needed, but also damage boost them if they are firing.

The biggest thing with Mercy is timing. Finding the moments to switch between beams and when to jump to another teammate or resurrect someone are the key parts of her character that will define your success with her.

With Tanks becoming more brawl-focused, Mercy’s constant healing stream can be a big boon for them. The problem is that Mercy doesn’t want to get too close to enemies, or she is in danger. You want your teammates to always be in your sightlines so you can fly to them and get out of trouble.

The best times to use her Ultimate are when the team is generally close together and engaging in a fight. It’s hard enough to hit Mercy when she is normally floating around, but it’s very challenging when she is flying freely. Use this advantage to fly wherever you need and quickly heal or damage boost teammates in need.

Good teammates to play with Mercy

Mercy can work well with anyone on your team if you successfully bounce between them and not be left to die a lot. Because of their abilities to fly through the air, Pharah and Echo are good picks for her to follow and damage boost, and longer range heroes shooting from the back like Widowmaker, Ashe, Cassidy, and Sojourn are also good recipients of the blue beam. Heroes that jump into fights like Tracer, Genji, Winston, and D.Va can lead you into trouble, so pick your moments to follow them.

All counters and who to counter with Mercy

Mercy’s biggest counters are anyone who can keep up with her as she flies around or any hit-scans. Tracer, Genji, Winston, Cassidy, Widowmaker, Sojourn, Ana, and Symmetra and Torbjorn’s turrets all cause problems for Mercy as she tries to get around the battlefield.

Mercy does not necessarily have anyone that she counters because she should be focusing on her teammates a large majority of the time. If your team is surviving and winning fights, you are doing well. If multiple teammates are repeatedly dying, you might want to consider switching to a different Support.