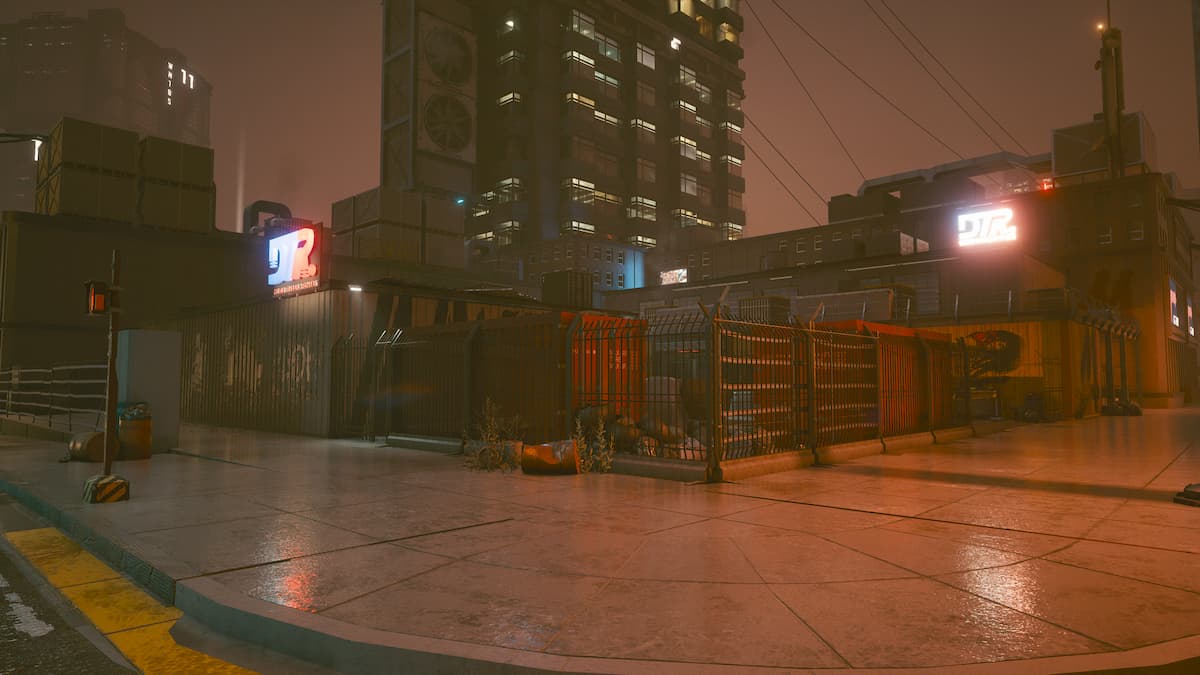 Not every cop in Cyberpunk 2077 wants to toss you into prison. Some understand that Night City isn’t a pretty place, and they have to break bread with those they’d rather not. Your fixer wants you to help out a cop friend to make their life easier, plus you’ll be able to make a little money in the Scrolls Before Swine gig.

Where to start Scrolls Before Swine

The quest’s location is a Maelstrom warehouse, and you can find it on the corner of Industrial and Eisenhower street. It’s crawling with guards, and they don’t plan on letting you in the front of the gate.

How to get inside the warehouse

The front door is a no-go option unless you want to go in guns blazing. If you’d rather a quieter route, take the alley to the left of the entrance. There’s a gate you can open up if you have eight points in body. If you don’t, keep going left until you have to take a right, and there’s another side entrance with a guard. They don’t mind if you walk there, so you can go past that, but there’s a small box you can jump on and an exposed ledge to the roof you can take. Wait until the guard on the roof is not there, and jump up. Take out the guard on the roof while you’re there. Follow the path, and there will be a door that you can bet inside and another guard you’ll have to take out.

Where to find the computer with the footage

When you enter the upper section of the warehouse, there are two guards on the ground floor. But you can ignore them. Instead, follow the platform until you reach a small room on the other side. Open the door, and the computer inside that small room will have the footage on it. Approach it to steal the data.

Bring the footage to Aaron

You now have to leave the premise and bring the evidence you acquired to Aaron. They’re 350 meters away.

Head over there, and go inside the building to Aaron’s apartment. Hand them the data, and you’ll receive a solid report from your fixer, who pays you after you leave the building.