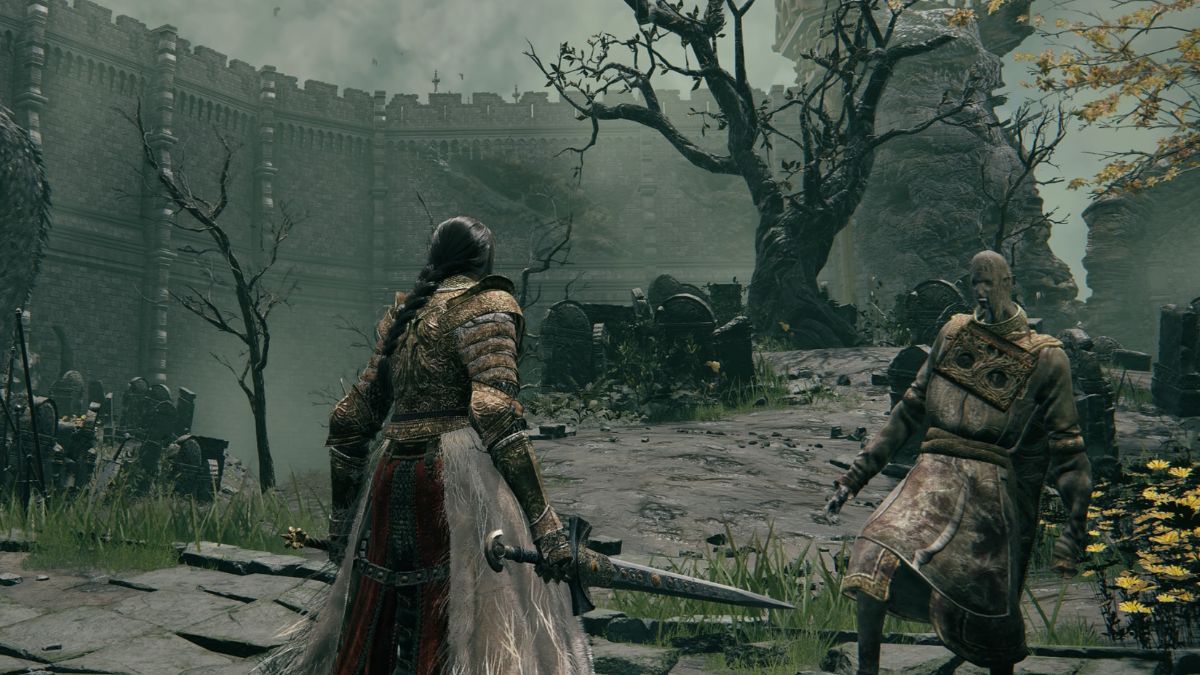 Gatekeeper Gostoc is one of the more peculiar NPCs you will come across in the Lands Between. He looks exactly like some of the enemies that you normally fight in Limgrave, but acts like a Tarnished. He even becomes a merchant if you play your cards right. There is a lot of possibility for this seemingly harmless NPC. Of course, that’s if you don’t get to know him. He is much more strange than he initially lets on. So should you kill Gatekeeper Gostoc or keep him alive? Elden Ring offers a lot more NPCs after all.

You will first come across Gatekeeper Gostoc when he calls for you to come over. This interaction happens after you defeat Margit and enter the first part of Stormveil Castle. He gives you the option of whether you would like to open the gate and get assaulted by arrows or take the side path. Of course, taking the side path is the easier option. This doesn’t make him seem so bad. He then traps you in a room with a Banished Knight and you start to see things a little differently. If you decide to kill him, he won’t become a merchant. On the brighter side, you also won’t have to worry about him stealing 30% of your Runes while you are in the castle. You also won’t have to worry about him locking you in a room.

Now it’s time for the positive parts about Gostoc. Of course, he does give you the helpful advice of avoiding the main gate in the castle. He also becomes a merchant after you obtain the Rusty Key. During his time as a merchant, you can buy the following items from him:

That isn’t a bad number of items for a merchant you find pretty early in the game. After all, Furcalling Finger Remedies are good to keep on hand and the armor is nice as well. If you continue with his quest, Gostoc will eventually sell you an Ancient Dragon Smithing Stone for 20,000 Runes. Ultimately, the choice is yours, but we chose to put him down before he can cause us too much harm. There are a lot more areas you can get Ancient Dragon Smithing Stones after all that don’t cost 20,000 Runes. You also get his Bell Bearing after he dies to give to the Twin Maiden Husks in Roundtable Hold so you can still get the items he sells.