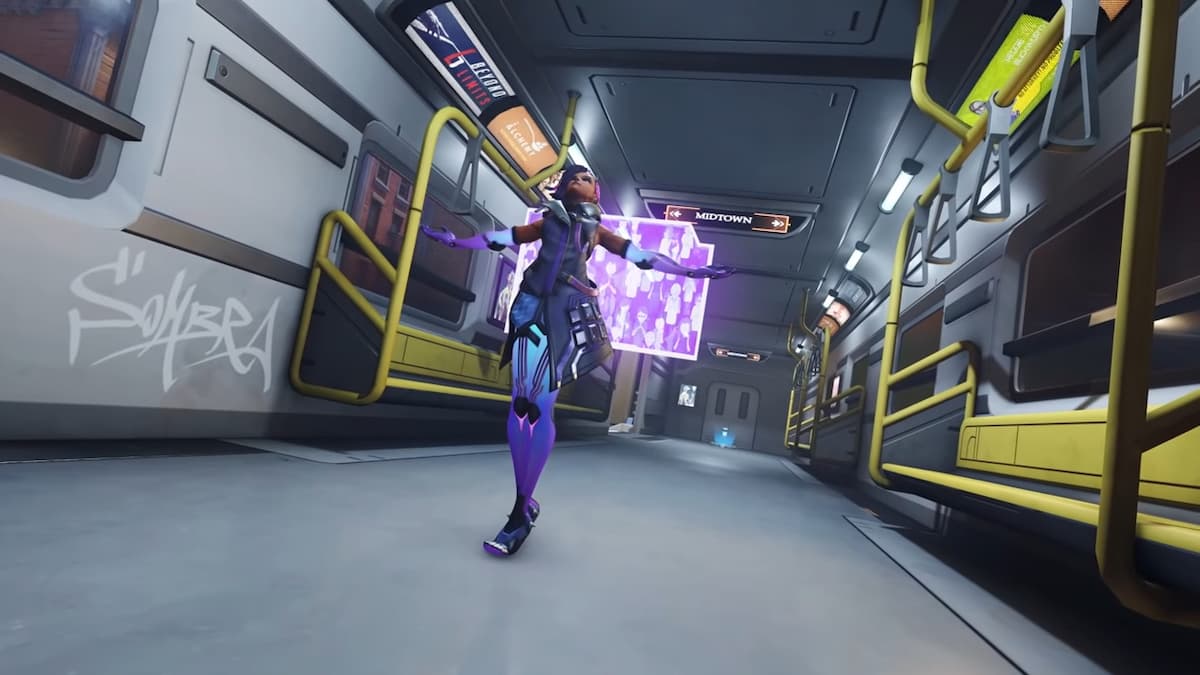 Sombra was the second post-launch hero added to Overwatch, and she has always had her fans. In that game’s 6v6 play, she could be sneaky and hack opponents to take away their abilities. She has always been a fun character, but with Overwatch changing up so much, Sombra is bound to see some changes herself. Here is everything you need to know about her rework.

Overwatch 2 is overall heavily knocking down crowd control abilities, so Sombra’s hack had to be addressed.

Hacking people now has a very short cooldown, with the overall duration increased, but affected enemies will have access to their abilities again after only one second, meaning one-on-ones will be on more even ground. Hacking will also reveal the affected enemy to all teammates through walls as health packs do, so it will be easier for them to know who is hacked.

Finally, Sombra has a new passive ability that will deal more damage to hacked enemies, making her more of an assassin that gets the quick kill and gets out. Her Translocator has not been changed, so that will still be your exit strategy.

While Sombra deals more damage to hacked enemies, her overall damage has been reduced. That being said, her weapon spread has been reduced to make her shots much easier to hit.

Using Sombra’s Stealth ability has been greatly slowed down. Going invisible will be slower, and the detection range has been greatly expanded. While those are two large nerfs to the ability, Sombra can now use her hack and stay invisible, but you will be revealed during the process of the hack until it is done.

Finally, Sombra’s ultimate, EMP, no longer takes away shield health from Zarya, Zenyatta, Symmetra, Sigma, and Lucio’s Ultimate, but instead takes 40% health from all characters’ current health. You can not finish off enemies with it, but could start an engagement with the opposing team at less health.

How will playing as Sombra change?

This rework for Sombra has largely made her more self-dependent. In the first game, she didn’t deal enough damage to take out some heroes quickly, and hacking enemies was best used to set up teammates to finish the job. Now with Hack not being as detrimental to the enemy, she has to get out of fights quickly.

Sombra has much more of an assassin playstyle now. Her Stealth and Translocator abilities will still be paramount to her success. You will need to place your translocator in a safe location, go invisible, and sneak up behind opponents. With hacking enemies not taking you out of Stealth, you can now pick and choose your attacks after you hack someone, and now that teammates will know where you are by seeing that hacked person’s outline, you are more likely to have backup help. The golden plan with Sombra will always be: sneak in, hack, attack, and teleport out.

In the first game, EMP was very strong because if all the enemy team was close together, you could lock them all out of their abilities for a long time. This was a great time for your team to steamroll them because they had no defense anymore, no shields, no movement, no rebuttal besides shooting back. However, now that they get their abilities come back after one second, it’s going to be much more of a dogfight, but that 40% health taken away should still give you an advantage, and her new passive will give her the edge in the fight.